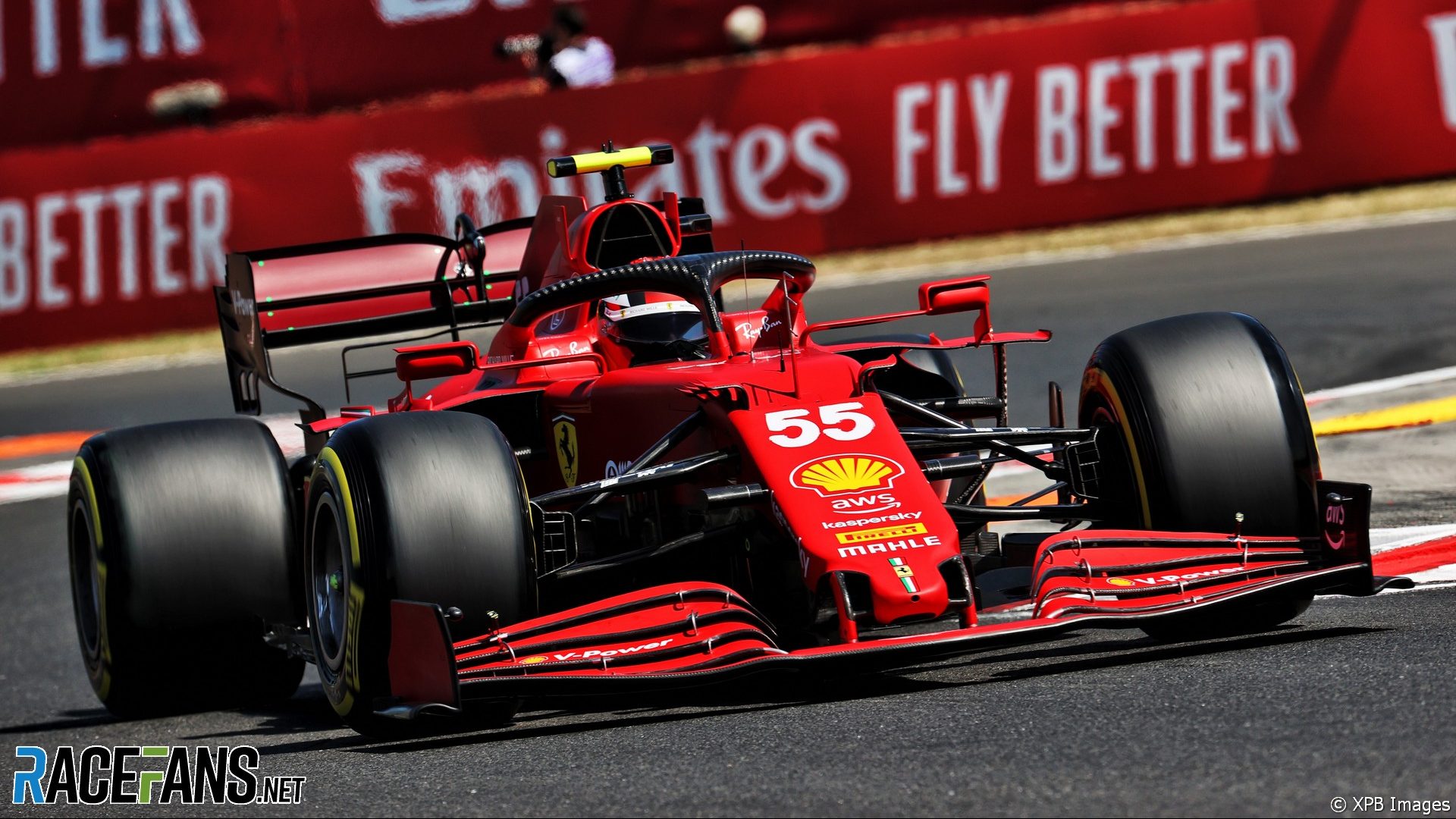 Carlos Sainz Jnr says Formula 1’s remarkable improvement in lap times at the Hungaroring shows why Ferrari are less well-suited to the track.

The Hungarian venue has previously been considered one of F1’s slower circuits. Sainz said that has changed, though it remains hard to pass at the track.

“I don’t expect the overtaking to be any different,” he said. “[But] the feeling that you get behind the wheel around this track, it’s not any more like you’re slow. The track itself, for me, it feels more like a medium-to-high-speed track rather than a slow-speed track.

“I say that because I remember racing here back in 2015 with a much narrower tyre, much lower downforce, and the track felt slow. But now with these cars, since all the development we’ve [had] since 2017 and even though everyone has tried to slow them down, the cars we were lapping last year on 1’13 and I remember coming here in 2015 and going below 1’20 was a good lap time and 1’13 around here is crazy.”

Sainz said the progress F1 car have made at the track deserves more recognition. “I don’t think we talk about it enough that we are doing 1’13s around the Hungaroring and in the car the feel is just fourth, fifth gear, change direction, change direction always nearly above 180, 200kph. Yes, you have your hairpins here and there, but it doesn’t feel slow speed anymore.”

The fall in lap times at the Hungaroring is unfortunate for Ferrari, says Sainz, as the team has thrived on tracks with slower corner profiles this season.

“That’s why I mean that our car might not be that good [here]. It would be better than in Silverstone, I hope, but it’s not the low speed of Monaco and that is where we excelled.”

Hotter temperatures at the circuit should also play into Ferrari’s hands, Sainz added. The team suffered a poor race at Paul Ricard where conditions changed ahead of the race. Sainz said a repeat of that weekend remains a concern.

“We always have tyres in the back of our mind going into every weekend because we know we do struggle sometimes with this limitation. But the fact that it’s going to be warm, like it was in Silverstone and in Austria, makes us a bit more relaxed about it.

“Whenever it gets cold and whenever the balance shifts towards the front, that’s where we have seen recently our limitations increase. The weather and the track conditions [this weekend] shouldn’t, I hope – and I touch wood – shouldn’t be too much of a limitation.”