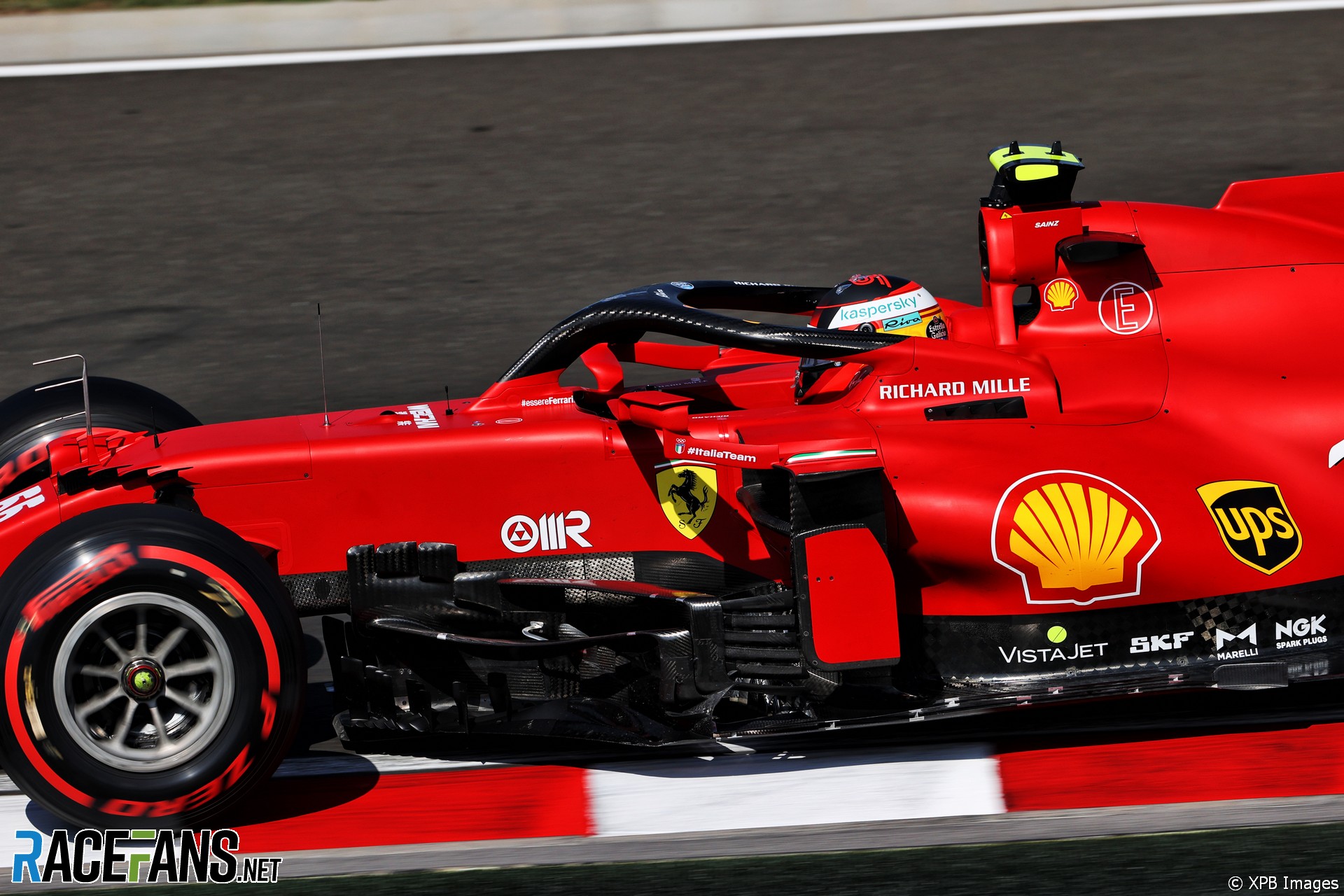 Ferrari’s concerns over their performance at the Hungaroring were realised on Friday as both the team’s drivers finished second practice outside the top 10.

Charles Leclerc ended the afternoon running with the 11th-quickest time, fractionally quicker than team mate Carlos Sainz Jnr, and 1.3 seconds off the pace set by Lewis Hamilton. Sainz was unsurprised by the team’s performance at the circuit.

“Unfortunately, before coming here already we knew that we have some weaknesses in our package and in our car,” he said. “We know that for some certain corners of this circuit it was not going to be particularly good. We could prove it today.”

Ferrari’s performance at the Monaco Grand Prix, where Leclerc took pole position, prompted speculation the team would enjoy another strong weekend in Hungary. Sainz said Friday’s running showed a repeat is not on the cards.

“In Monaco, we would have never been P11 and P10 in a practice session,” he said. “Today, unfortunately, as soon as something went in the wrong direction, we find ourselves out of the top 10.

“So it shows we are a lot more vulnerable in this sort of track. It’s not a Monaco, but we will kind of hope that we can recover a bit the pace and at least try and be on top of the midfield.”

Sainz is wary of the form showed by their closest rivals today. “It’s not going to be easy because the Alpine looks very quick, McLaren looks quick, the Aston Martin was very quick also. So it looks like a very mixed midfield and it should be an interesting battle for Q3.”

His team mate said Ferrari needs to find more pace for qualifying as gaining places in the race is always difficult at the Hungaroring.

“We hope to extract to be a bit more for tomorrow’s qualifying because after, it will be quite tricky to overtake,” said Leclerc. “So we need to be a bit stronger on Saturday, especially this weekend. That’s why our focus is probably a bit more on Saturday compared to other races. ”

Leclerc was more upbeat about the team’s performance on Friday. “We went through the plan, obviously the track changed a little bit, but apart from that we are quite happy with with how we feel in the car for now.

“The performance we will see tomorrow in qualifying. But the feeling is quite good for now. We still have some work to do everything 100 percent tomorrow but we are on the good road.”

2 comments on “Ferrari “vulnerable” after ending practice outside top 10”