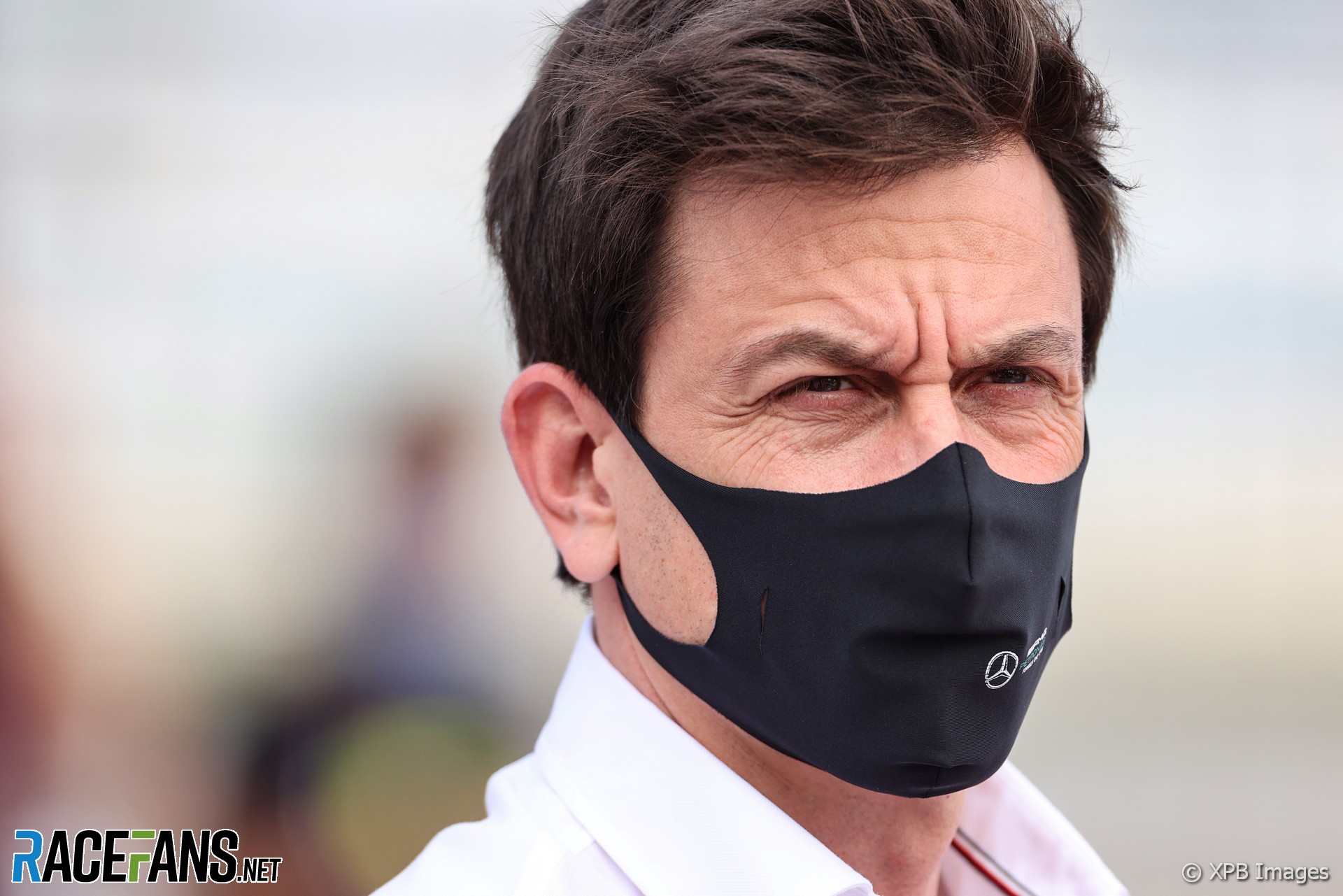 Hamilton was also subjected to racial abuse on social media – which Mercedes, Red Bull and others swiftly condemned – following his collision with Max Verstappen at Silverstone.

“I think the comments that were made, surely out of emotion, were going directly against a seven-time world champion,” Wolff told Sky.

“Words like ‘amateurish” should have no place and what it triggered was an avalanche of comments in the social media, a lot of controversy, added to further polarisation and I think we as a sport should do the contrary. We should de-escalate.”

Wolff also responded to Red Bull’s complaint that Hamilton was wrong to celebrate his victory after Verstappen was taken to hospital. The Mercedes boss said Red Bull team principal Christian Horner had told him Verstappen was “unharmed” in the crash.

“We also asked the media on the way to the podium whether he was okay and everybody said he’s fine.

“So we won the British Grand Prix after losing five races. It was Lewis’ home grand prix and that’s why the celebration was high.

“But again, it depends from the perspective you’re looking at. If the Verstappens are in hospital for precautionary checks and he didn’t feel well, then you’re seeing that in TV while you lost, also as a competitor you can have that perception and that needs to be respected.”