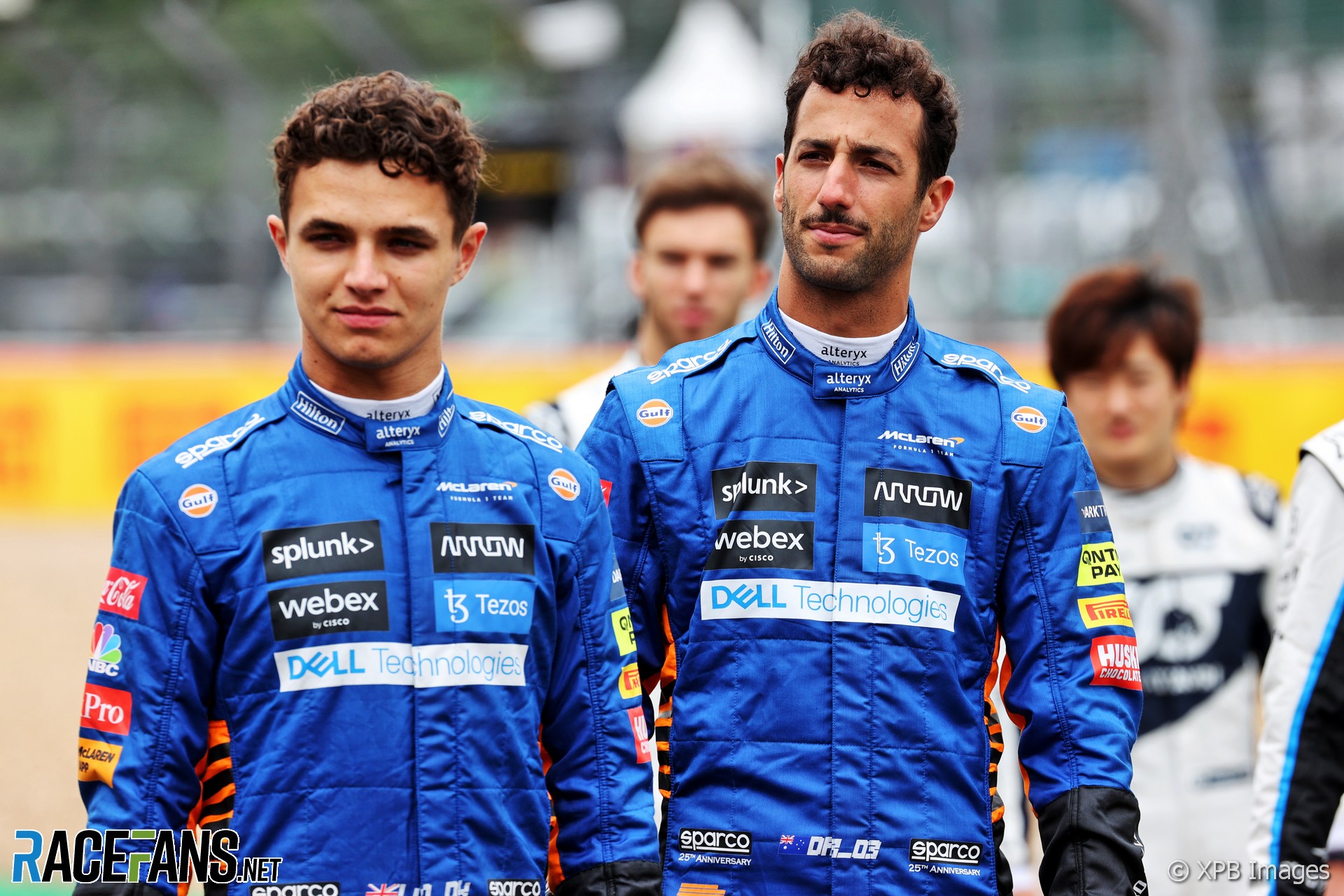 Lando Norris says he can’t do anything more than he is to help team mate Daniel Ricciardo master the McLaren.

Norris has been consistently ahead of his team mate this season. He leads his team mate by 113 points to 50 in the championship, and Ricciardo failed to make the cut for Q3 for the sixth time yesterday.

Norris said he has done everything he can to help Ricciardo adapt to the handling characteristics of McLaren’s car.

“I don’t know where else I can help, you know?” said Norris after qualifying yesterday. “I tell him what I’m feeling, he has all my data, he can see everything I’m doing, I describe things very well, I think, in the debriefs, in what I’m doing, so.

McLaren are fighting for third in the constructors’ championship with Ferrari, with a narrow, 15-point lead ahead of the Hungarian Grand Prix. Ricciardo lies behind both Ferrari drivers in the championship.

“Obviously I want him to do well because we need that for the championship,” said Norris. “And [if] we want to beat Ferrari, then he needs to do well.

Norris will start today’s race from sixth, ahead of both Ferraris. He says McLaren has a good chance to out-score its main championship rival.

“Coming into it, I think we were expecting them to be very fast because they’ve improved their very high speed characteristics, like in Austria. And also they have a very stable rear in the slow speed and that’s what we’ve been struggling with all weekend, is this rear end in these last three corners in the last sector, a few corners in the middle sector.

“We were expecting more from them so I’m pretty happy to be ahead of one, obviously one of them made a mistake and was out quite early on, so a good chance for us to score some good points ahead of them tomorrow.”

5 comments on “No more I can do to help Ricciardo, says Norris”