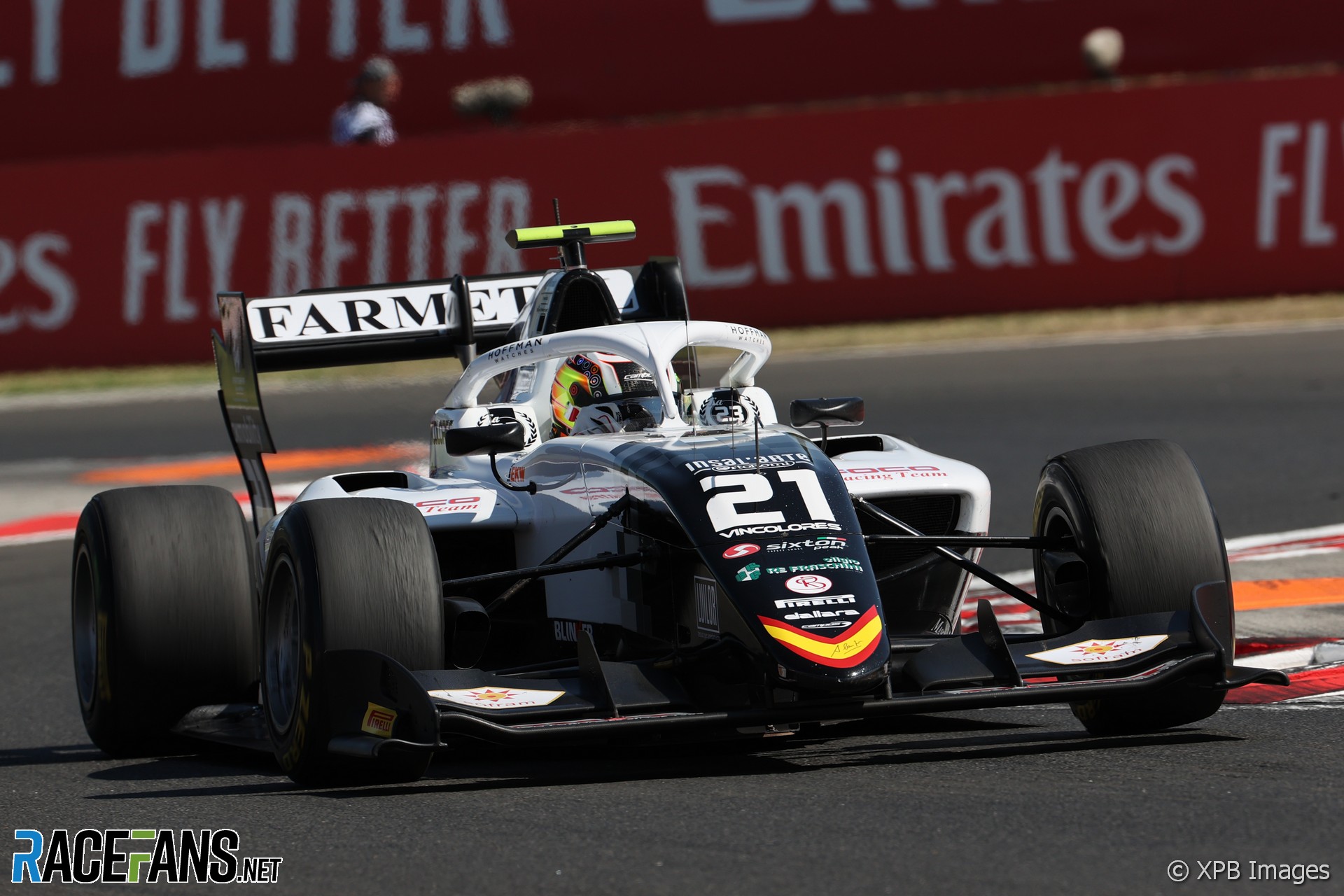 The Campos driver was found to have dropped too far behind the Safety Car during one of the interruptions to today’s race. He was given a five-second time penalty, which drops him to seventh place in the classification.

After the first Safety Car period of the race, during the retrieval of Frederik Vesti’s car, stewards announced that Colombo was under investigation for an infringement. After speak to the driver and examining video, the stewards decided to apply a penalty.

“Having considered the matter extensively, the stewards determined that car 21 [Colombo] was more than 10 car lengths behind the Safety Car while the Safety Car lights were illuminated.”

Colombo, who was also given a third penalty point on his licence, lost what would have been his first win in Formula 3 and the first in this category for his Campos team. However it also promotes him to sixth on the grid for this afternoon’s second race, which is based on the finishing order from race one with the top 12 reversed.

Iwasa therefore inherited his first Formula 3 victory of his career, while Oliver Caldwell moves up to second place. Logan Sargeant moves up to third.

Jak Crawford has been given a five-place grid drop for race two by the stewards for his collision with Ido Cohen. The stewards handed Crawford three penalties points on his licence, putting him on a total of six.