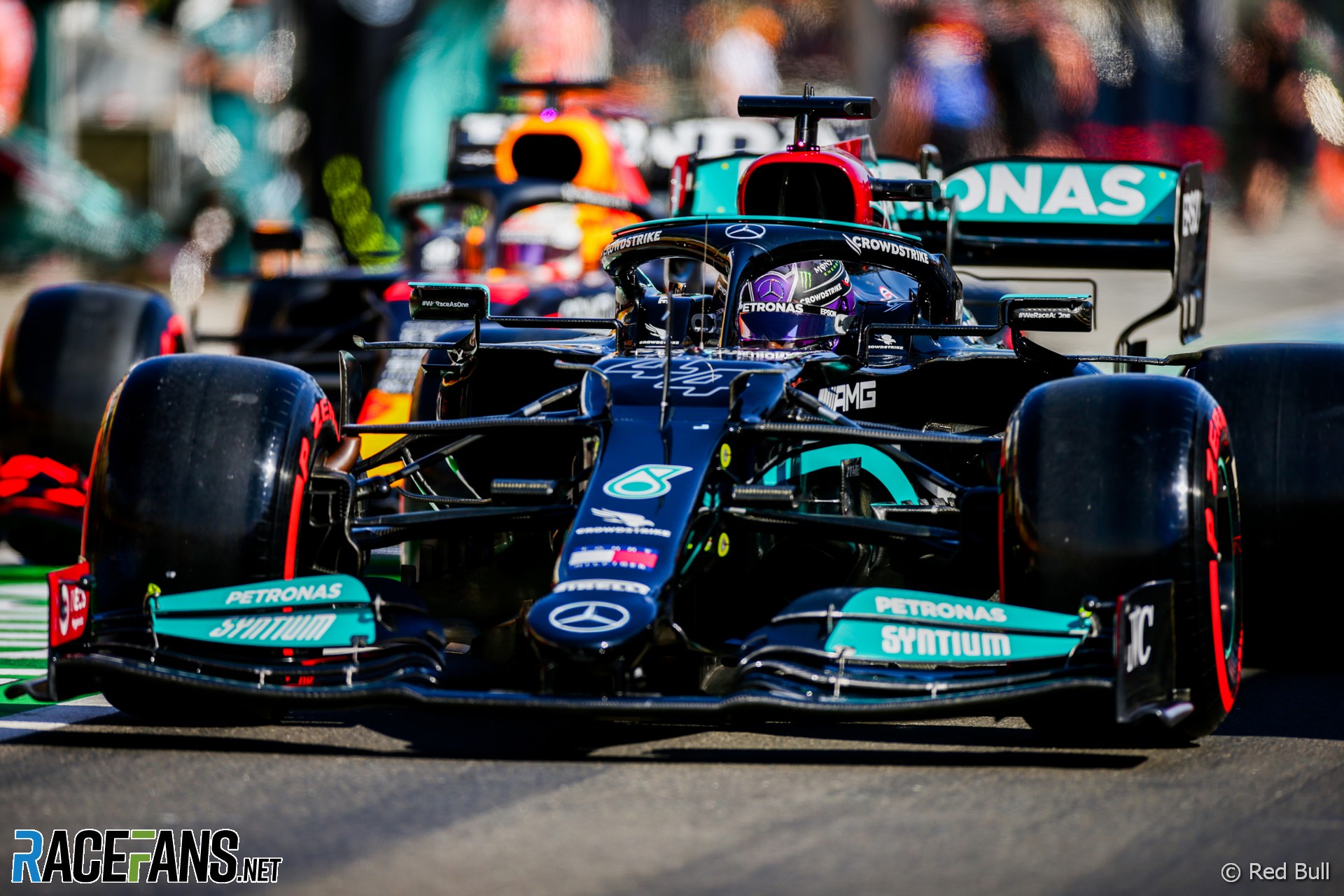 Sergio Perez doesn’t believe he missed the chequered flag on his final qualifying run because Lewis Hamilton was driving unnecessarily slowly ahead of him.

Perez failed to pass the chequered flag in time to start a last flying lap in Q3, after both Red Bull cars exited the pits behind Hamilton and the other Mercedes of Valtteri Bottas.

While Hamilton’s driving prompted claims he deliberately slowed to hold up the Red Bull drivers, Perez was not convinced. “I haven’t looked in detail, but to be honest, I think Lewis had a sensible gap to Bottas, who was ahead of him.”

The Red Bull driver said cars were slowing down further ahead of them. “Something must have happened, someone had dropped back massively from from Gasly I think and I don’t think [it was] towards the end.”

“I think [Hamilton] had a normal gap, I just paid the price by being the the last car of the train,” he added.

According to Mercedes, Hamilton’s final out-lap in Q3 was quicker than others he had driven during the session, including on his previous run in Q3.

Hamilton said he was trying to avoid a contributing to a group of cars bunching together at the end of the lap. “We were one of the last cars out,” he said. “I knew that ahead of those guys, ahead of Valtteri and whoever was ahead of him, would all bunch up to the end of the lap.

“So I tried to make as big a gap as possible. And then, even still, with that at the end of the lap we still had to all back off and wait for everyone to get going.

“I was just trying to make sure that I had the best gap ahead of me. But ultimately, I think none of us probably had the best tyre prep for that because everyone was going slow.”

The Mercedes driver said it would have been unfair for him to use the opportunity to hinder Verstappen.

“I had my team mate ahead, obviously I felt like respecting Max was important and I’m sure he would have done the same with me. It’s very unfair to the guy ahead to do something like that. That’s my point of view.”