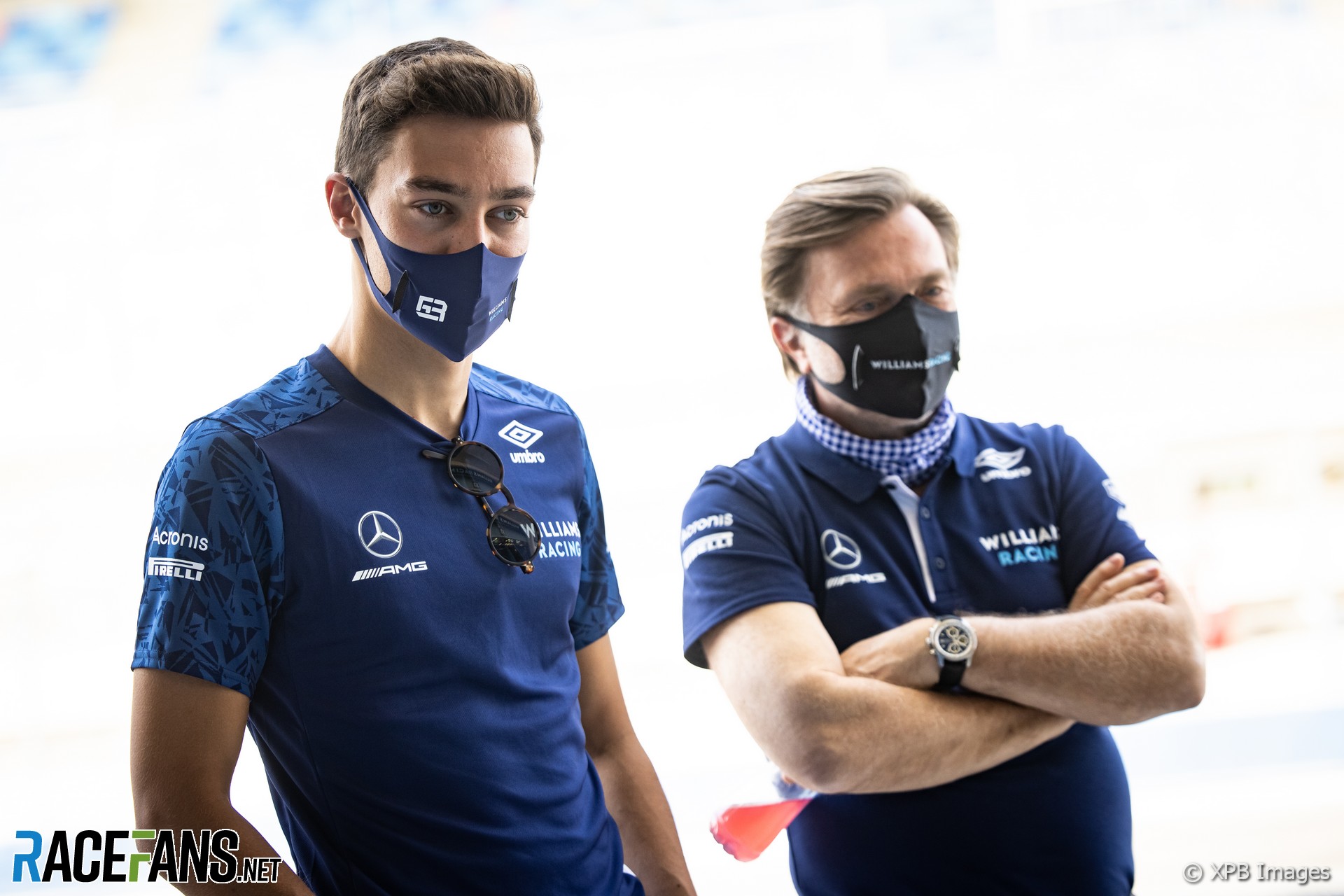 In the round-up: Williams team principal Jost Capito says that Williams will not hold George Russell back if he is offered a Mercedes seat.

Capito: Russell has Williams’ full support to go to Mercedes

With Mercedes set to make a call on their drivers line-up for the 2022 F1 season during the summer, Capito said he believes his driver is ready to join the world champions.

“I would wish that George gets the seat because he is in the position now, in his terms of [his] career where he can handle to be at an absolute top team and fight for the championship. And I would never hold a young driver back if he can have this kind of opportunity,” Capito explained.

“So I hope, for him, that he gets this opportunity and from the team’s side, of course, we would very much love to keep him.

Arthur Leclerc took pole position in qualifying for the Formula 3 round at the Hungaroring, beating title leader Dennis Hauger by 0.089 seconds in the final moments of the session. Leclerc has struggled with mechanical problems throughout his F3 season so far, retiring twice at the last round in Austria. Despite one win at Paul Ricard he trails Hauger by 89 points in ninth place.

As per F3’s 2021 format, Leclerc will start from pole position in Sunday’s race. He incurred a three-place grid penalty in the previous round at the Red Bull Ring which will apply to the partially-reversed grid for race one. Saturday’s first race will see Jonny Edgar start from pole, having qualified 12th.

Frederik Vesti was issued a three-place grid drop penalty for leading a train of cars too slowly into turns 12-14, which means having qualified seventh-fastest, he will start Saturday’s first race ninth, rather than the sixth place he would have been in from the reverse-grid format.

Chadwick on pole despite Marti challenge

Jamie Chadwick will start first on the grid for W Series’ Hungary round, after being given a much closer run to pole than might have been expected. After the 30 minutes of running, Chadwick was ahead of every other driver by seven-tenths of a second.

W Series rookie Nerea Marti, 2019 title rival Beitske Visser and Silverstone race winner Alice Powell ensured she did not take the top spot easily. In the end, Chadwick was able to put in a final, quick lap to take pole by two-and-a-half tenths of a second. A late charge by Powell saw her keep the 2021 title fight alive by qualifying second, while Marti held on to place third, Visser joining her on the second row.

Although no drivers incurred penalties during the qualifying session, former GP3 driver Vicky Piria was handed an unusual 60-second stop-go penalty, served during practice, for repeatedly exceeding track limits during the morning session.

Antonio Giovinazzi had a tricky free practice day, which saw him miss must of the first session due to a power unit problem.

The Alfa Romeo driver has often been quick in Friday sessions this year, frequently putting in what look like impressive times, but then being unable to replicate them in qualifying.

He said he was hoping that a more challenging Friday means he will reverse that trend today. “Overall it was a difficult day, we missed FP1 and then my best lap in FP2 was deleted,” he said. “Not a great start of the weekend.

“But I think we can do the opposite that we did always, that we were really strong on Friday and not so strong on Saturday. Hopefully we can reverse this tomorrow.”

On his way over to the truck for his post FP2 interview, #Vettel picked up a couple of bits of litter, whacked them in his pocket and then put them in a nearby bin after we finished chatting. #fairplay #F1

Nothing says turning 40 quite like the realisation your 24 year old team-mate has still been granted an Alpine A110, while your car booking for the weekend is something a little different… pic.twitter.com/6lSbzb5Ws0

Proud as always to represent @RacingPrideHQ and to show solidarity with the Hungarian LGBTQ+ community this weekend#loveislove #lgbtq #wseries #rethinkracing pic.twitter.com/WXDqqKTkJI

The best street !
Can’t believe the advert behind tho 😂🚒👨‍🚒 pic.twitter.com/mhBrtq2Me8

Claire Dubbelman: 'I’m not the exception, you can do it too' (Females in Motorsport)

"Dubbelman: 'It’s my job to make an F2 and F3 weekend run as smoothly as possible. On those weekends, which are always together with Formula 1, I’m responsible for the whole FIA team which means the race director, assistant race director, stewards, and technical people.'"

"Norris: 'Well the whole idea of next year's car is to create better racing. Hopefully better for us to drive and race each other much closer, more frequently, maybe racing at tracks we've not been able to necessarily race at because it's basically impossible.'"

In all the fallout from Verstappen’s Silverstone crash, the remarkable survival of his Honda power unit, although the chassis was so badly damaged parts of it were exposed following the impact, rightly astounds Bernasaurus.

Considering we’ve seen replacement PU’s just because someone went into the barriers back end first at a relatively slow speed, I never even imagined Verstappen’s PU would be salvageable at 50g straight on, especially once the wreckage was pulled out and you could see what little was left.
@Bernasaurus