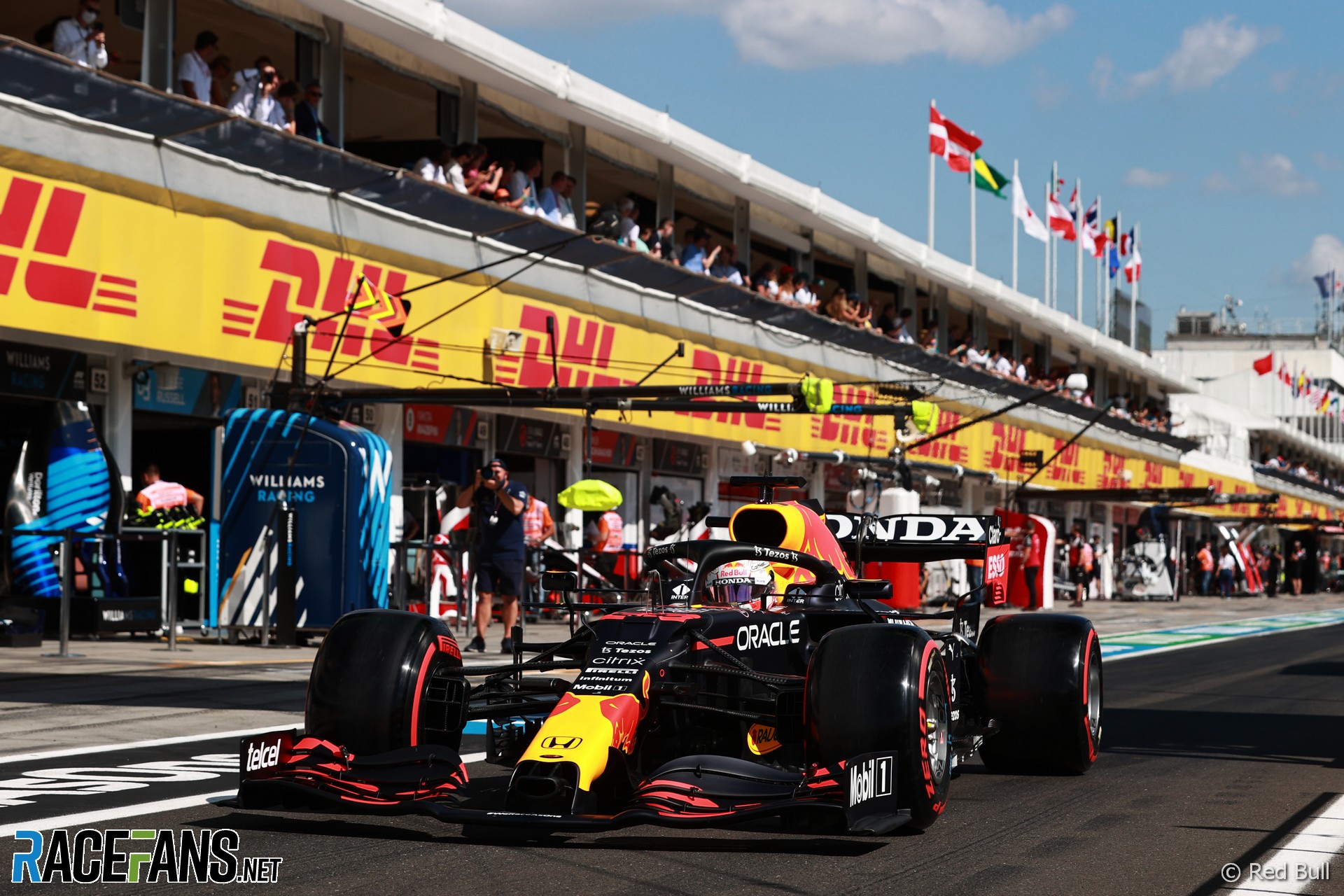 Max Verstappen says Red Bull must respond to the improved performance Mercedes have shown since their Silverstone upgrade.

The Mercedes drivers locked out the front row of the grid for the Hungarian Grand Prix, relegating Verstappen to third ahead of team mate Sergio Perez.

Verstappen said he wasn’t able to replicate the pace he showed in Q2 when it came to the final shoot-out for pole position.

“Basically I went a bit backwards compared to my Q2 lap,” he said. “I just didn’t have the same grip over the lap.

“I don’t know if it was track-related or tyre-related but I just didn’t have the same balance in the car to push. Naturally around here the corners follow up really quickly so if you don’t feel good in one corner, the next one won’t be great. So just lost a bit of lap time.”

However he doubts he could have beaten the Mercedes drivers even without the loss of pace he experienced in Q3.

“I don’t think even with that we could have had pole,” he said. “So not not the greatest weekend so far. I think in general we’ve always been a bit behind and we just need to analyse why that is.

“I think Silverstone was still quite strong. Of course, I know they brought new bits again to the car so we just need to work on ourselves and then try to improve the situation because of course, we cannot be happy with this.”

Red Bull made the unexpected decision to switch Verstappen from medium to soft tyres during Q2. Unlike his championship rival Lewis Hamilton, Verstappen will therefore start the race on the softer rubber.

“We talked about it and they told me they wanted to go on the soft instead and then keep the medium new,” he explained. “So we went out and quite a lot of people actually improved their lap time.

“In the end of the day it would have been safe to go through but only with like two or three hundredths. I don’t think you want to risk it that much, so that’s why they told me to finish the lap. It is what it is. We’ll find out tomorrow how the tyres are going to behave.”

3 comments on “Red Bull “cannot be happy” after resorting to soft tyres in qualifying, says Verstappen”