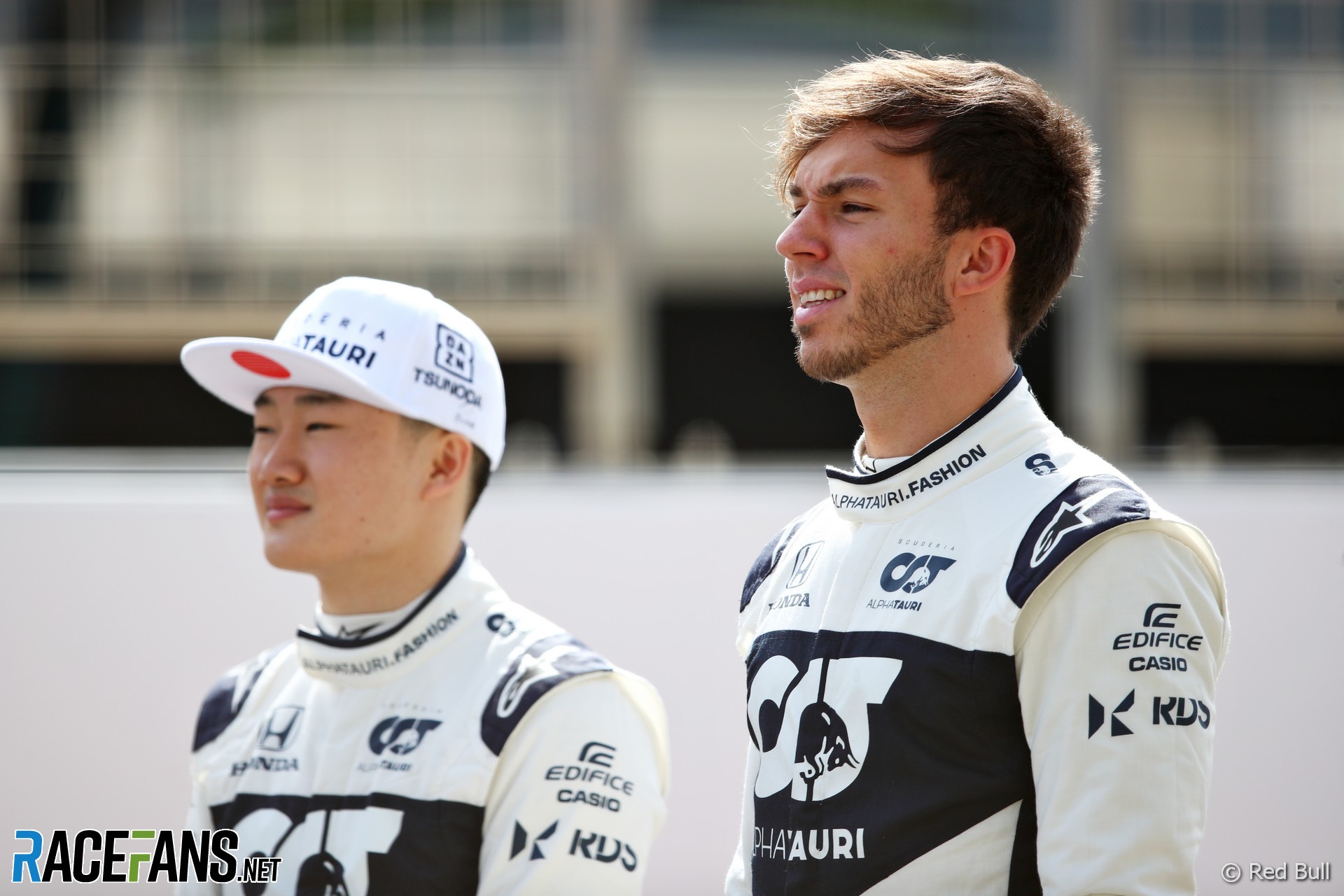 The pair have contracts with Red Bull, which owns the team. Gasly has indicated he would like to return to the top team, which dropped him after 12 races in 2019, if it decides not to retain Sergio Perez for next season.

Tost says he would like to retain both Gasly, who has scored all but 10 of the team’s 49 points this year, and rookie Tsunoda. “Both drivers, I think, are confident enough, and I don’t see any reason to change anything during the summer break, on our driver line-up.

“Pierre is doing a fantastic job and Yuki is a newcomer and is doing a good job, but has to get the experience, he has to learn a lot. But that’s nothing special. That’s logical with young drivers, That’s the risk you take when a rookie comes on board.”

Red Bull’s junior team includes Formula 2 drivers Juri Vips, Liam Lawson and Jehan Daruvala. But Tost doesn’t “see any alternatives” to AlphaTauri’s current F1 line-up, and would prefer stability going into 2022. “I don’t see any other driver there and I hope that we go to next year with Pierre, with Yuki,” he said.

Having been team principal of AlphaTauri – formerly known as Toro Rosso – since 2006, Tost has overseen the development of many junior drivers, including Sebastian Vettel and Max Verstappen. Following Tsunoda’s rapid ascent to Formula 1, Tost said his driver needs a chance to get familiar with the series and several new tracks in the second half of the year.

“For Yuki [2022] will be the second season and he’ll know the tracks. We must not forget, in the second half of the season, Yuki doesn’t even know the race tracks.

Tost said Tsunoda’s performance at Silverstone, where drivers’ practice time was shortened to one hour due to the sprint qualifying format, showed his progress.

“For me Yuki did a really good job because he had only FP1 and as a rookie in Silverstone, to have only a one-hour free practice session and then go to qualifying is difficult. Especially with this level which we have currently Formula 1 know, and then it must not be surprised if he is not is in the [top] ten. It’s not realistic.”

Tsunoda has had several crashes during his debut season, most recently in first practice yesterday following a spin. Tost believes the rookie will put these mistakes behind him.

“Of course, the two spins, they should not happen, especially not in FP1,” he said. “But I’m convinced he will not have many more but we will see.

“He’s a rookie, he’s a newcomer and if a new driver comes to the team, you must also accept that he makes mistakes.”