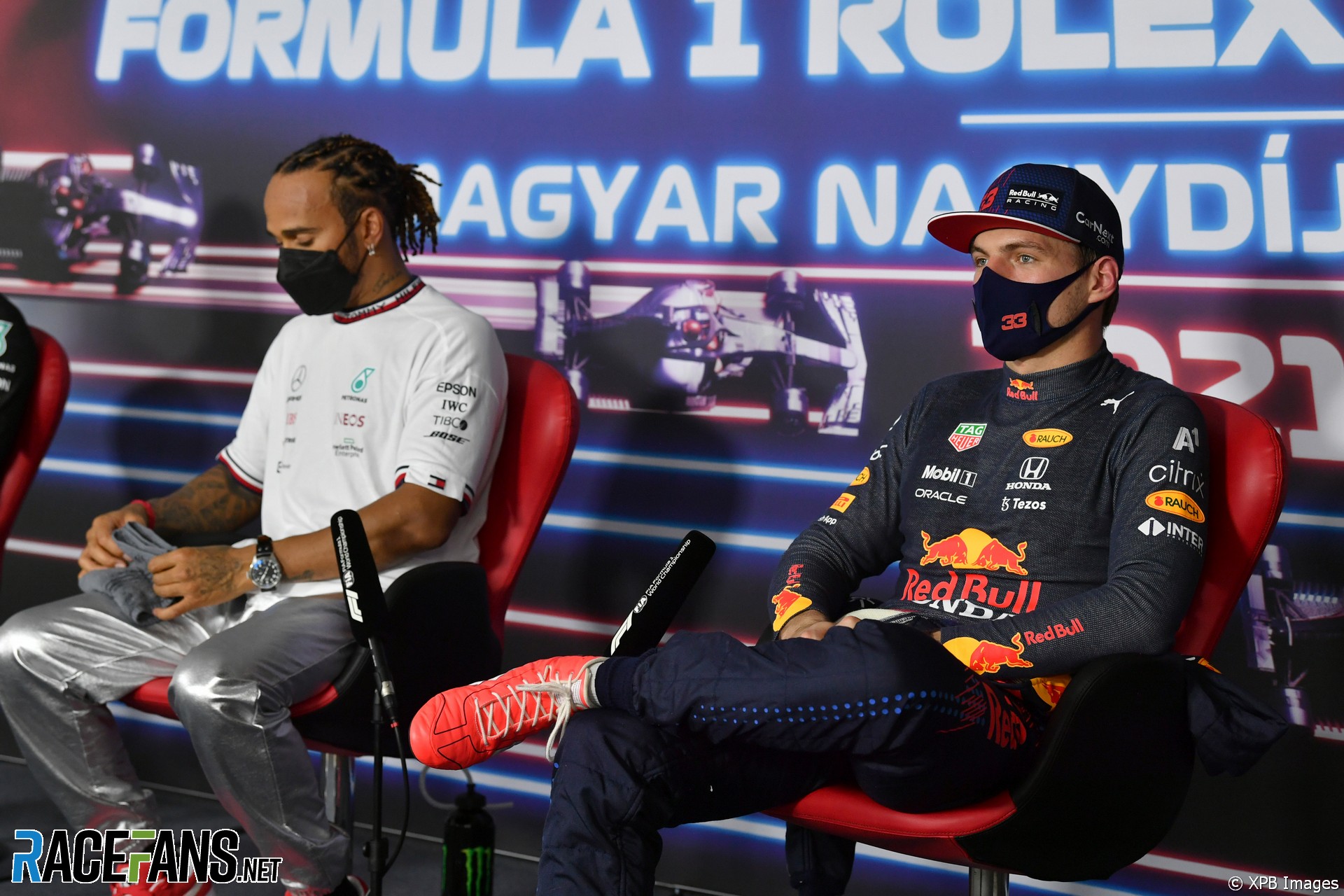 Max Verstappen furiously called for an end to questions over his British Grand Prix collision with Lewis Hamilton when he spoke after today’s qualifying session.

Verstappen said the preoccupation with the subject had become “ridiculous”. Having been unavailable to speak to the media after being taken to hospital following the crash at Silverstone, the Red Bull driver answered questions on the subject on Thursday at the Hungaroring.

The subject was raised again by Formula 1’s official press conference moderator in the session following today’s qualifying session, before journalists were given the opportunity to ask questions.

Verstappen cut the question short and made clear he was in no mood to discuss it further. “Can we just stop about this?” he fumed.

“We had so many fucking questions about this it’s just ridiculous. Honestly, the whole Thursday we’ve been answering this stupid shit all the time. So can we just stop about it, please.

“We are racers, we will race and of course we’re going to race hard but fair. So we just keep pushing each.”

Hamilton also declined to answer a question on the same subject.

Before arriving at the Hungaroring for this weekend’s race, Verstappen said he did not wish to contribute to “media hype” around the collision between the two title contenders. On Thursday the stewards rejected Red Bull’s call for their decision on the incident to be reviewed.