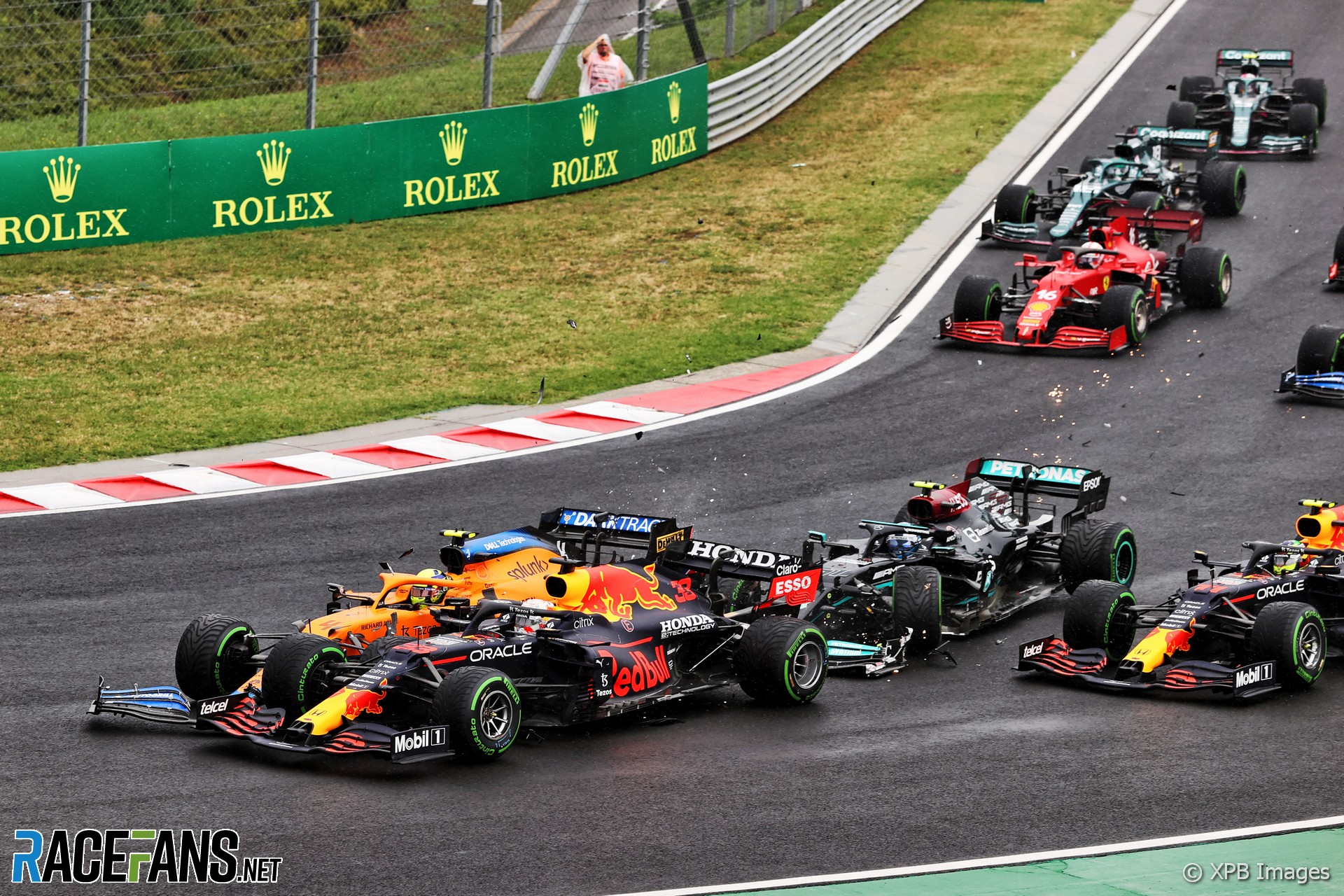 Red Bull team principal Christian Horner said his team had suffered “hugely bad luck” after a first-lap collision involving both of his cars at the Hungaroring.

Sergio Perez retired after being hit by Valtteri Bottas at the first corner. The Mercedes driver also knocked Lando Norris into Max Verstappen, leaving the other Red Bull badly damaged.

Verstappen was able to limp to the finish in 10th place to score a point, but was unable to stop Lewis Hamilton overtaking him in the drivers’ championship.

“That’s the brutality of racing, isn’t it?” said Horner after the race. “I think that unfortunately you saw Valtteri make a poor start, he obviously misjudged his braking and he’s done a great job for Mercedes in taking out both of our cars.”

The contact caused “a significant amount of damage” to both cars and put Perez at risk of an engine change penalty later in the season as his power unit was damaged in the collision.

“We lost another engine with Sergio and obviously Max was then hugely compromised,” said Horner. “And I have to say the mechanics worked wonders to get that car running again because just to get some of the pipes straightened on it, for the fluids, was an incredible response.”

It’s the second race in a row Red Bull have suffered from a collision involving a Mercedes. It leaves Verstappen six points behind Hamilton in the drivers’ championship and Red Bull 10 points adrift of Mercedes – gaps which could increase further if Sebastian Vettel is penalised for having insufficient fuel in his car at the end of the race.

“We’ve had some hugely bad luck the last couple of races. It’s been been pretty brutal in damage and parts and engines.

“But we’ll push ourselves down and we will come out fighting for the second half of this championship because obviously it’s been a tough couple of weeks but things can turn around very quickly, as you’ve just seen. And there’s a long way to go in the championship.”

Bottas has been given a five-place grid penalty at the next race for the collision. Horner doubts it will prove a significant handicap at Spa-Francorchamps, where overtaking is much easier than the Hungaroring.

“The penalty is what it is. Unfortunately, if it was a track like this one it’s obviously a bit more consequential, a track like Spa I would think he’ll be back in position by the end of the second lap.”

“I would think Mercedes… he’s done a good job for them today, hasn’t he?” Horner added.