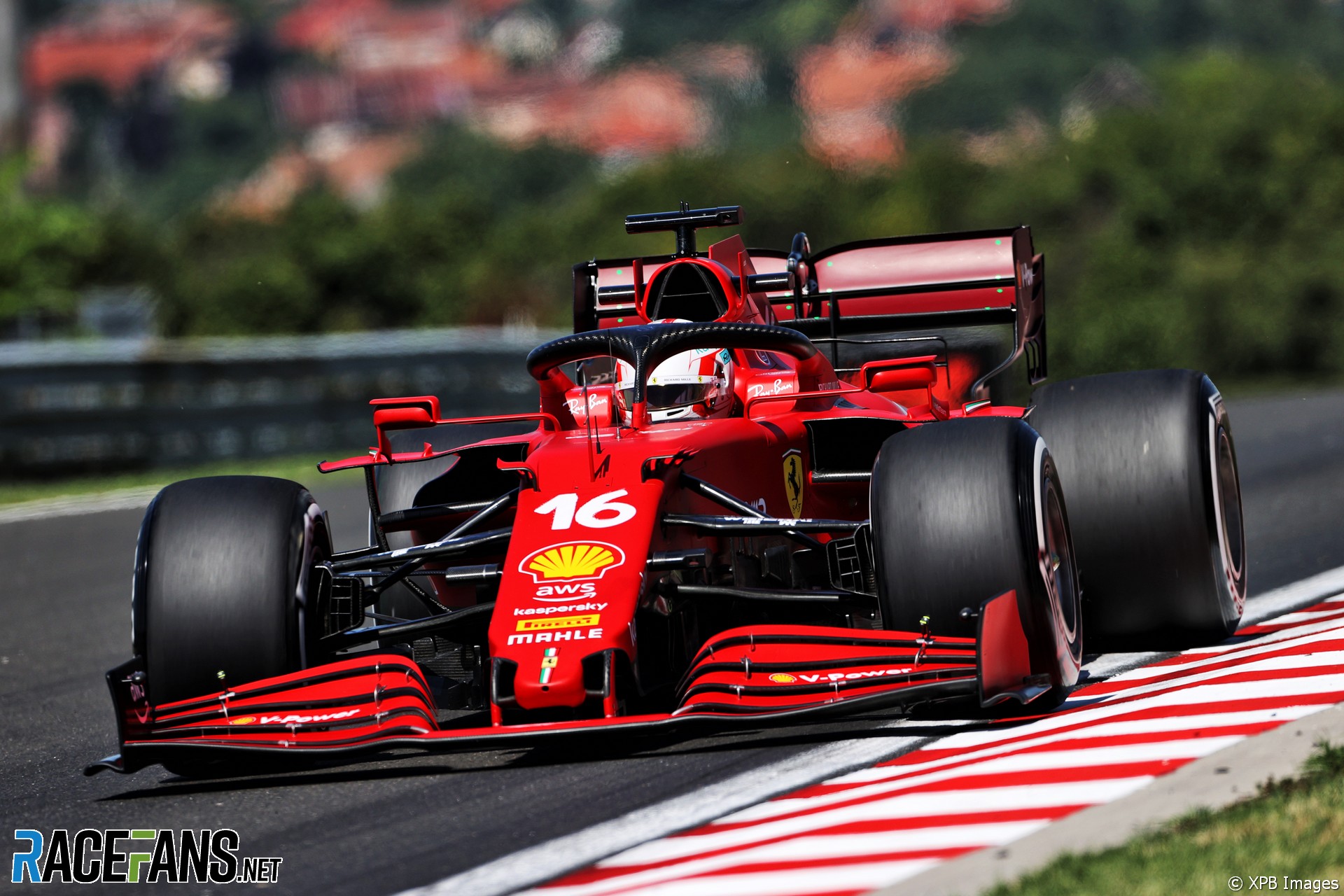 Charles Leclerc believes Ferrari will have good pace in this afternoon’s Hungarian Grand Prix but predicted it will be difficult to make progress from seventh on the grid.

The Ferrari driver, who came within three laps of winning the last race at Silverstone, was only seven-hundredths of a second away from qualifying fourth yesterday.

“We struggled a little bit with rear instability from Q2 onwards especially,” Leclerc explained. “That cost us the very few thousandths there are from P7 to P4, but it’s life.”

Leclerc believes he has the pace to make progress but doubts he will have the opportunity to show it as the Hungaroring is “a very difficult track to overtake on.”

Ferrari’s race pace “was quite good” in Friday’s practice running, said Leclerc. “But I don’t know how much we will be able to show it because it’s very difficult – if we’re in a train of cars, then we probably won’t show it and it will also be a lot more difficult for tyre management.

“So let’s see how it goes. But the start will be key.”

While Fernando Alonso has predicted drama at the start between title contenders Lewis Hamilton and Max Verstappen on the front two rows, Leclerc said he “doesn’t count on them touching each other or whatsoever.”

“I will focus on my own race,” he said. “The start will be very important tomorrow, as it always is, but especially on this track, where overtaking is limited. So I will try to maximise my start and then we’ll see.”