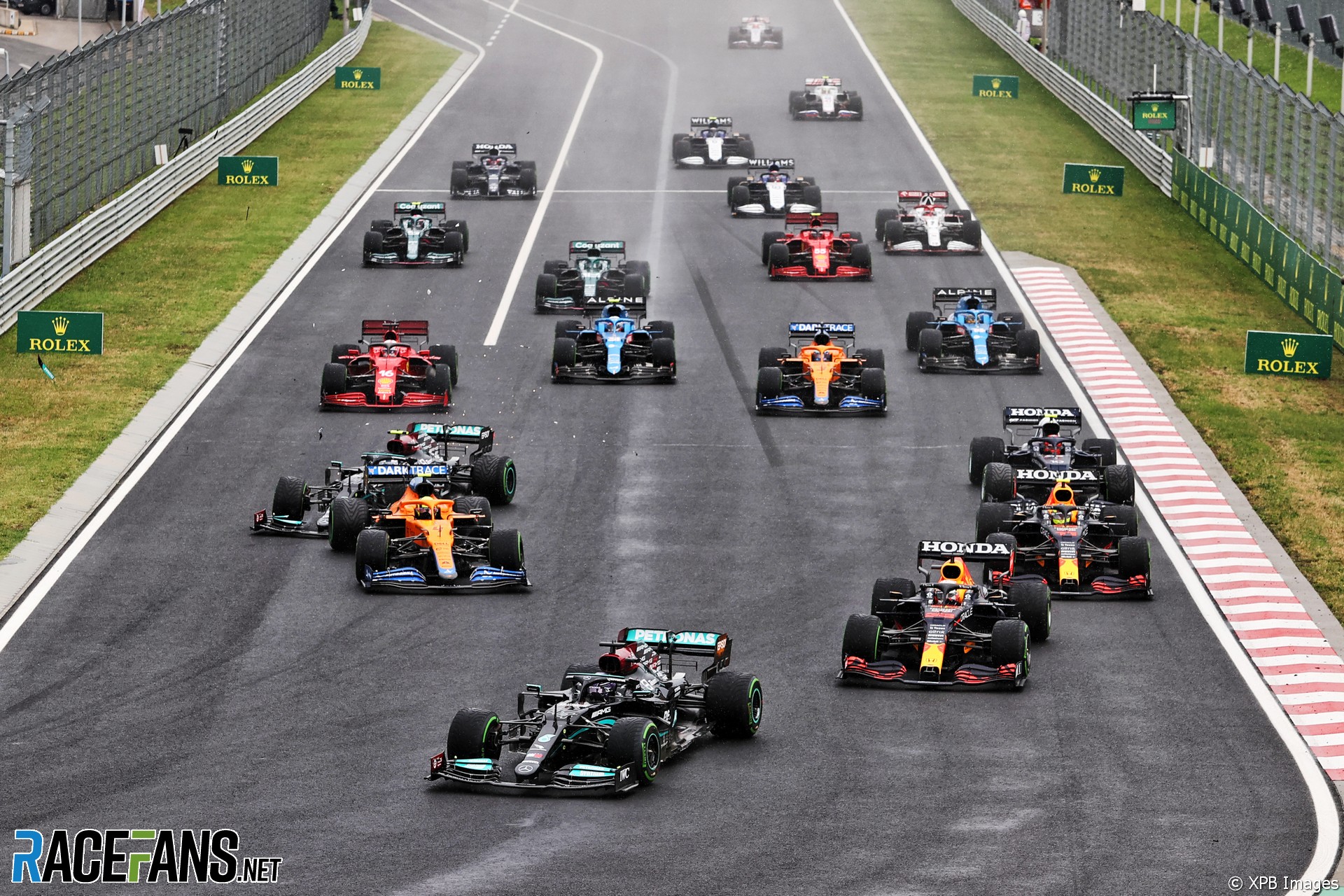 Lando Norris says Valtteri Bottas deserves a significant penalty for triggering the crash which put him and other drivers out of the race.

The Mercedes driver ran into the back of Norris at the start of the race, sending him into the side of Max Verstappen’s Red Bull. Norris and Bottas were forced to retire, while other drivers were eliminated in the incident and others.

Norris said he was “annoyed” by the collision and retirement, which ended his 15-race run of consecutive points finishes.

“Lap one, I don’t know why that has to happen,” he told Sky. “Why risk doing those kind of stupid things? But there’s nothing I can do so not a lot to say.”

The crash is being investigated by the stewards. Norris, who has collected several penalties earlier in the year, is clear Bottas deserves a penalty for today’s crash.

“Of course, if I get a penalty for not even doing anything wrong in other tracks, then he should deserve a much bigger penalty than what I got,” said Norris. “So we’ll see.

“I hope they have some common sense and they do what they should do, but it’s not up to me at the end of the day.”

Perez also blamed Bottas for the collision, saying the Mercedes driver had made “a big mistake” and it was up to the stewards whether he deserved a penalty.

“I think basically Bottas lost the car in the beginning,” said Perez. “I thought it was Lando but it’s that Bottas just made a big mistake and took everyone out of the race. It’s a big shame.”

The Red Bull driver revealed his power unit was also damaged in the collision. “It’s a massive blow for us as a team,” he said. “We also lost the engine, very likely.”