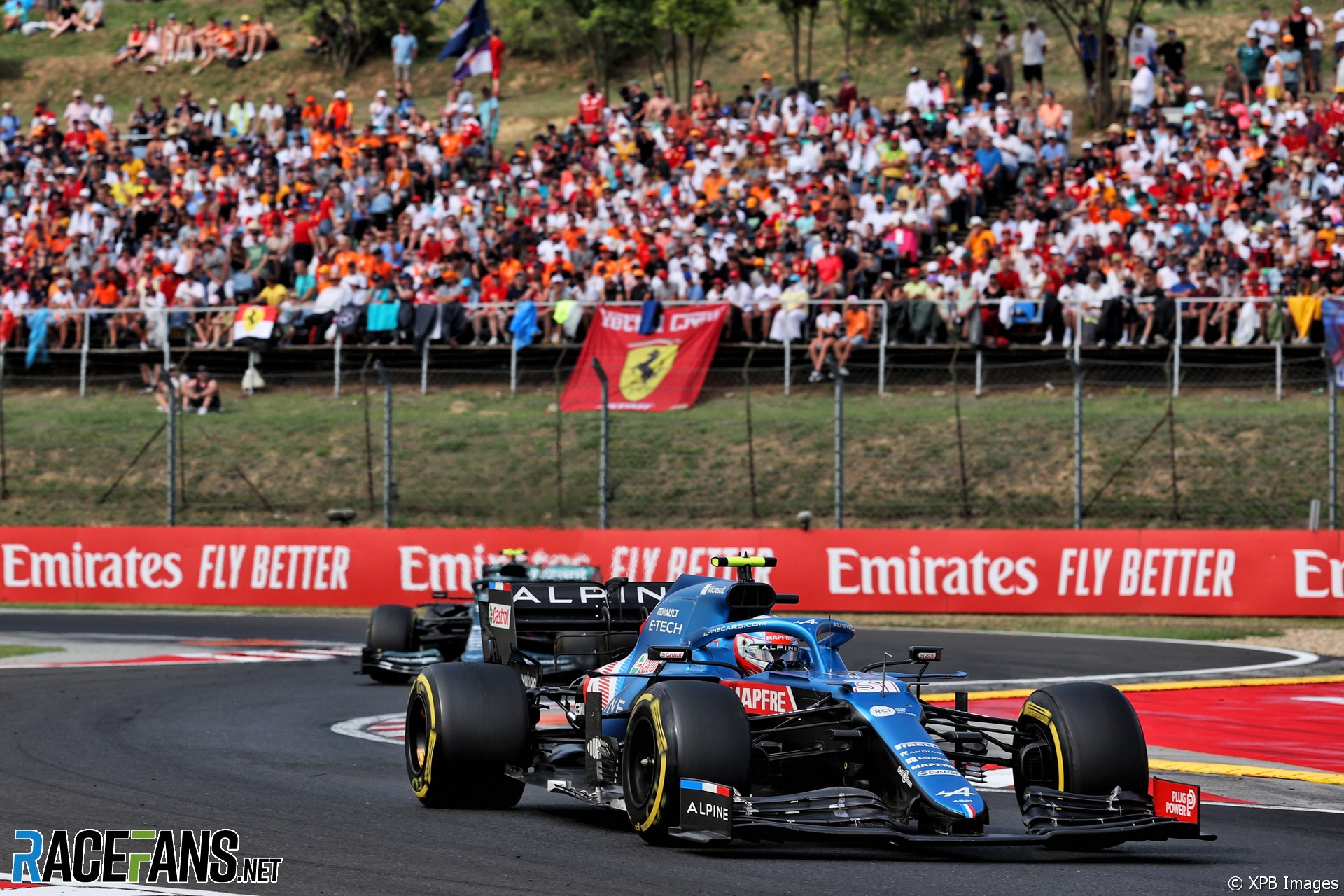 Esteban Ocon scored a shock win in the Hungarian Grand Prix, leading the majority of the race after a first-lap crash eliminated several of his rivals.

The Alpine driver also profited from a tactical error by Mercedes, who threw the lead away by failing to bring Lewis Hamilton in to change tyres on a drying track.

The race was red-flagged on the second lap after a huge crash at the first corner as the field headed into turn one on a wet track. The slow-starting Valtteri Bottas ran into the rear of Lando Norris, sending the McLaren skidding into Max Verstappen.

The Red Bull driver was able to continue, despite heavy damage, but his team mate Sergio Perez was not so lucky, retiring on the spot after being hit by Bottas. Norris also did not take the restart.

A second first-corner crash eliminated Lance Stroll and Charles Leclerc from proceedings after the Aston Martin driver ran into the Ferrari. Leclerc also bumped into Daniel Ricciardo, but the McLaren driver was able to continue.

Hamilton took the restart from pole position but, in bizarre scenes, there were no other cars behind him. The rest of the field pitted en masse to exchange their intermediate tyres for slicks. Hamilton did the same after a single racing lap, but it proved far too late, and left him at the back of the field.

George Russell briefly headed the field as they rejoined the track, but had to wave past drivers he had improperly overtaken in the pits. Once that was done Esteban Ocon took up the lead ahead of Sebastian Vettel.

The stayed in that order after pitting to swap medium tyres for hards at half-distance. Vettel initially kept up the pressure on Ocon, but was unable to force an error from the Alpine driver, and crossed the line 1.8 seconds behind.

After falling to the back of the field, Hamilton made little progress until he pitted again to switch from mediums to hards. Then he quickly rose up the order to hold fourth behind Carlos Sainz Jnr. With the Ferrari on newer tyres, Mercedes opted to pit Hamilton again, surrendering one place to Fernando Alonso, but allowing him to charge to the end on medium rubber.

The gamble barely paid off. Hamilton took several laps to find a way past Alonso to regain fourth place, then quickly picked off Sainz for the final podium spot.

Pierre Gasly came in sixth behind Alonso and grabbed the bonus point for fastest lap on the final tour. Team mate Yuki Tsunoda, who let Gasly through earlier in the race, came seventh.

There was joy for Williams as both drivers finished in the points, ending their two-year run without a score. Nicholas Latifi led Russell in eighth, the pair separated by a second at the end.

In his heavily damaged Red Bull, Verstappen clung on for the final point which could prove vital in the final reckoning. However he lost his championship lead to Hamilton, who goes into the summer break ahead by six points.