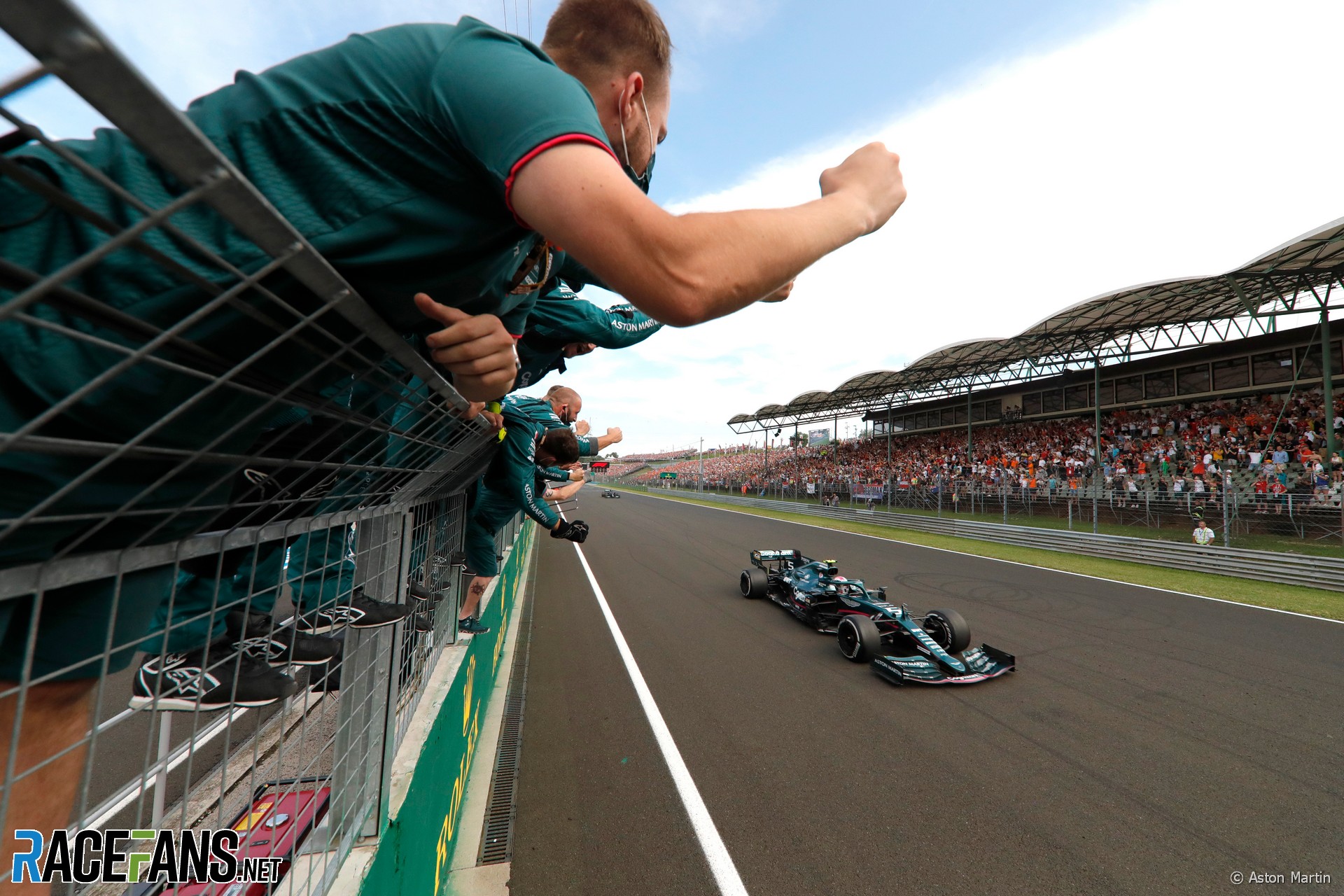 Sebastian Vettel has been disqualified from the Hungarian Grand Prix, handing his second place to Lewis Hamilton, and promoting most of the other finishers.

The Aston Martin driver was found to have insufficient fuel in his car at the end of the race. Formula 1’s technical regulations require teams to be able to provide a one-litre sample of fuel for testing. Only 300ml could be extracted from Vettel’s car.

Aston Martin told the stewards they believed the car contained another 1.44 litres of fuel, based on information from the fuel flow meter or injector model. But, the stewards noted, no further fuel could be extracted.

“The team was given several opportunities to attempt to remove the required amount of fuel from the tank, however it was only possible to pump 0.3 litres out,” they said in a statement.

“The stewards determine to apply the standard penalty for technical infringements,” they added. “Therefore they took into account that it shall be no defence to claim that no performance advantage was obtained.”

In response to the disqualification, Aston Martin issued a statement saying: “The 18 points loss is disappointing for the team, but it doesn’t take away from an otherwise flawless drive from Sebastian.

“Today we showed that our car has strong race pace. Onwards and upwards.”

Vettel’s disqualification has ramifications for the world championship. Hamilton moves up to second place and championship rival Max Verstappen also gains one spot, moving up to ninth.

That means Hamilton’s championship lead grows from six points to eight. Mercedes’ lead in the constructors’ championship also increases, from 10 points to 12.

Carlos Sainz Jnr inherits the final position and therefore moves ahead of team mate Charles Leclerc in the championship.