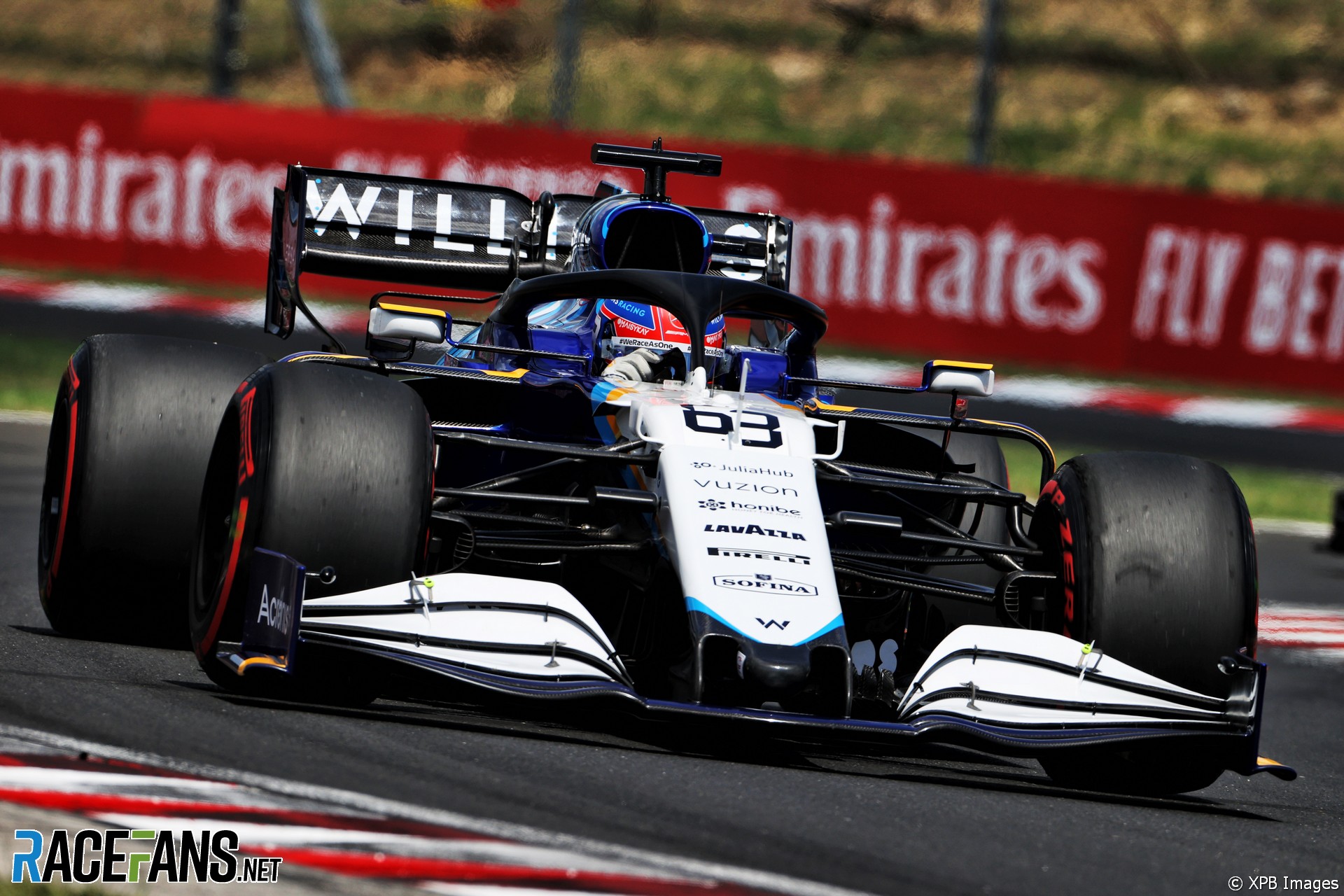 George Russell was stunned after being eliminated in Q1, for the first time since 2020, at the Hungaroring.

The Williams driver went into the weekend hoping to reach Q3 for the third race in a row and expecting to be in contention for points. But he fell at the first hurdle in qualifying, beating only his team mate and the two Haas drivers.

“Ahead of the weekend I thought Q2 would be a breeze,” Russell admitted. “And then, for whatever reason, I just haven’t had the same rhythm as I have at other circuits.”

The surprise elimination came at a circuit which has tended to suit Williams well in recent years. “Ahead of the season, I would have said this would have been our strongest circuit and our best opportunity,” said Russell. “Yet it’s the first time we’ve not made it through to Q2.

“Obviously I’m a bit disappointed now, but as I said, we can’t get it right every time.”

Russell said he was “not too sure exactly” why Williams were less competitive than expected in Hungary.

“It’s definitely windier and gustier than it has been at the last four events, which definitely does not play in our favour. It’s fine margins.

“Usually, I get going in qualifying and I’m in a groove and I can just pull the lap out. And today I knew when I crossed the line, it just didn’t come together for me. I didn’t have that good feel, that right rhythm with the car, with the tyres.

“I knew it wasn’t good enough. Usually it just sort of comes to me much easier and then when I go into Q2, I can make another step up from there.”

Russell said he only made two attempts to set a time in Q1 as the team wanted to save fresh sets of tyres to use in Q2.

“So it depends on how you want to play your cards. I don’t want to sit on the fence, I want to put everything on the table, and that’s why we decided to only use the two sets of new tyres and really go for it for Q2 to get a shot into Q3. So it’s one of those things and we just have to try and understand why.”