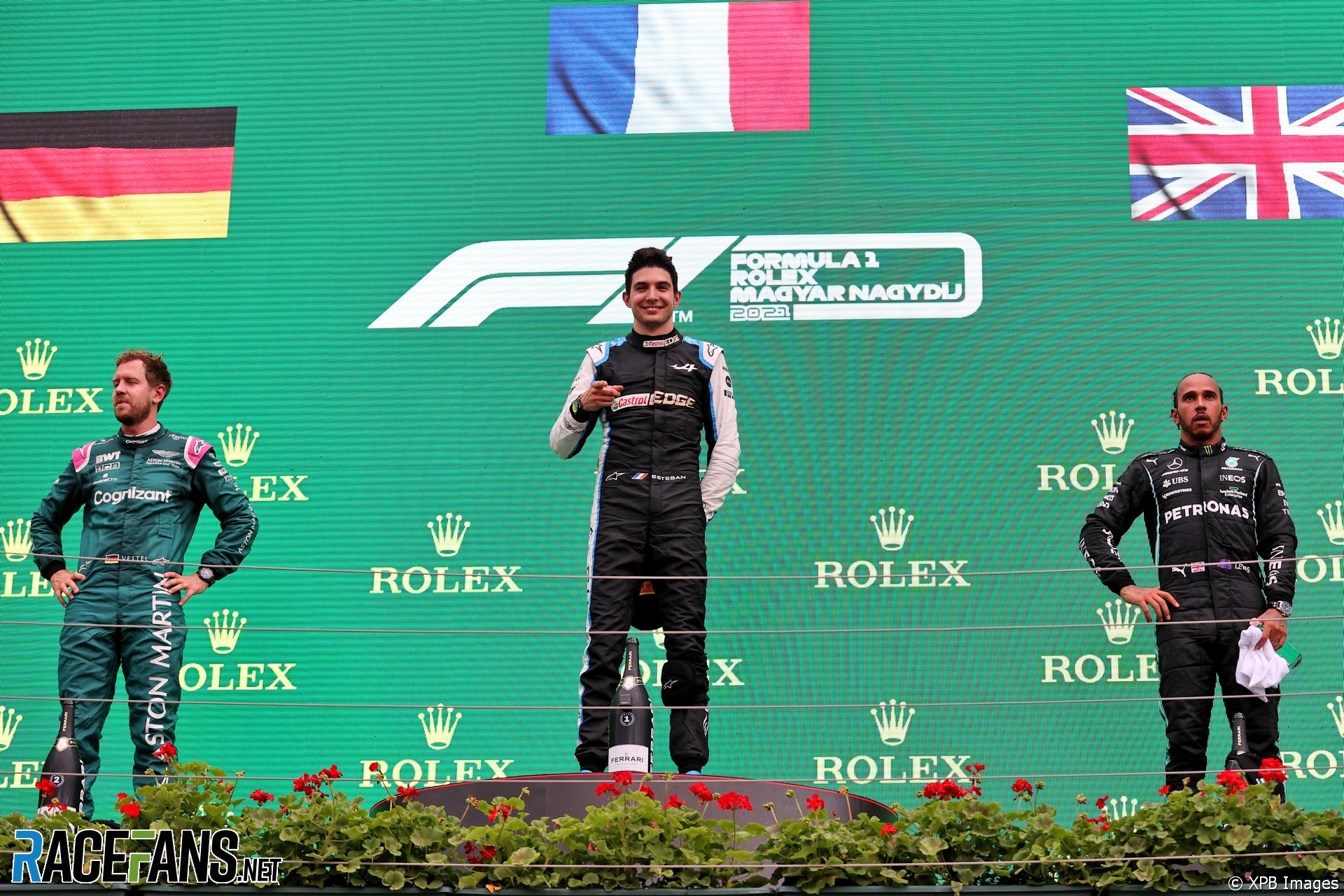 Carlos Sainz Jnr, who finished fourth, and two drivers who retired are also facing investigations by the stewards.

Ocon, who scored his first Formula 1 win in the race, is alleged to have failed to follow the race director’s instruction on post-race procedures. The Alpine driver came to a stop after the pit exit taking the chequered flag.

The other four drivers, including retirees Valtteri Bottas and Lance Stroll, are under investigation for violations of the pre-race procedures, including the ‘WeRaceAsOne’ observance and podium ceremony.

These regulations state driver must “remove their t-shirts” and attend the national anthem performance “wearing their race suits”. Footage from the ceremony indicates Vettel did not do this, and was wearing a T-shirt showing his support for LGBTQ+ rights during the Hungarian national anthem.

Before the race weekend Vettel and other drivers spoke out against Hungary’s new legislation banning gay people from appearing in television programmes or educational material aimed at those under the age of 18.

Vettel suggested after the race the T-shirt was the reason for his summons. “They can disqualify me,” he told Sky. “They can do what they want. I’d do it again.”