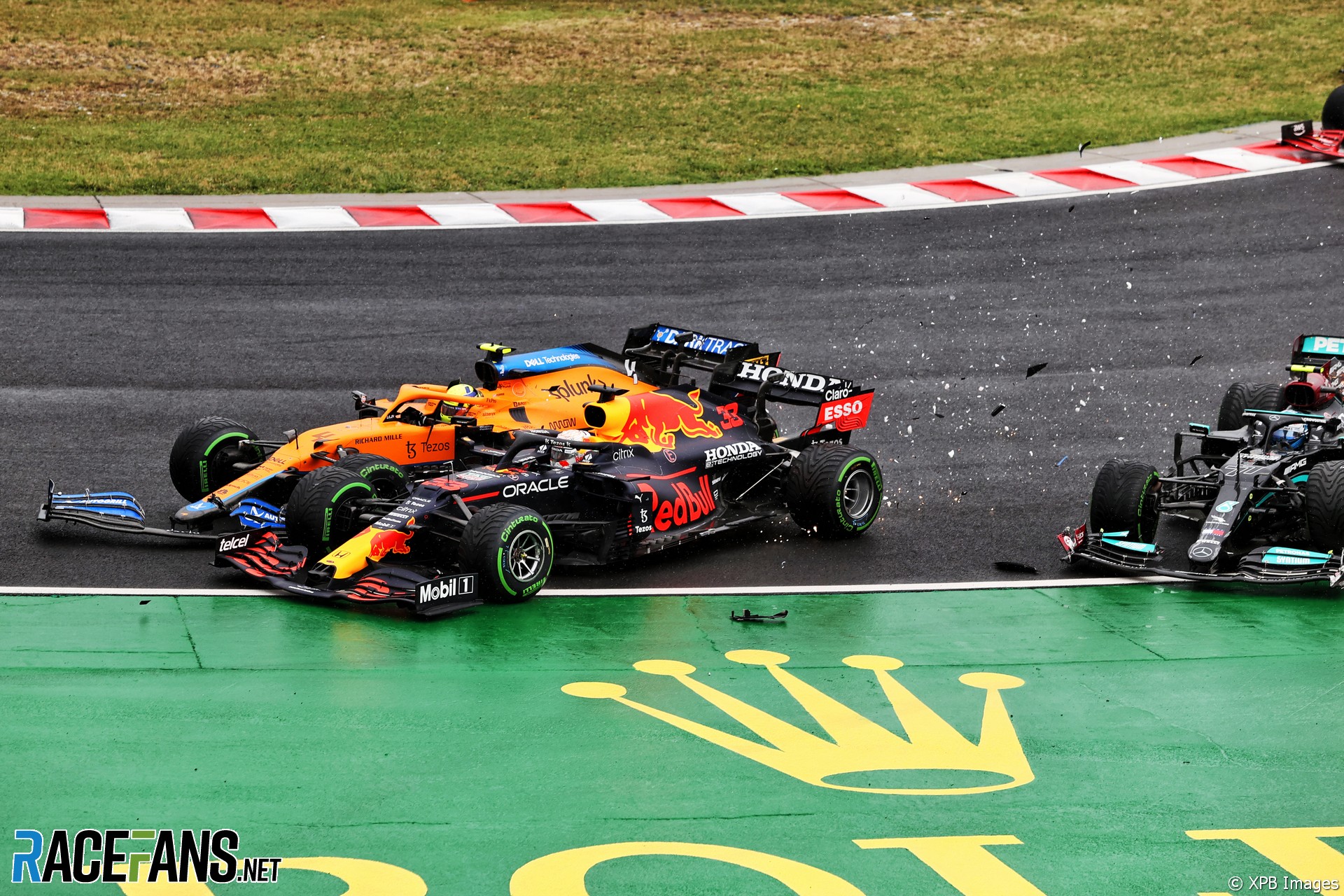 Max Verstappen said “freak moments” have cost him the lead in the drivers championship after taking just four points from the last two weekends.

Lewis Hamilton moved back into the lead in the drivers’ championship after finishing third in today’s race and is six points ahead of the Red Bull driver.

“Again, taken out by a Mercedes,” said Verstappen. “That’s not what you want.

“From there onwards I was missing my whole side of the car, the whole bargeboard area, and the floor was damaged as well. So it was almost impossible to drive, to be honest.

“I still tried my very best and I scored one point so it’s at least something but it is, of course, not what you want.”

Verstappen scored three points in Silverstone’s sprint qualifying race but took nothing away from Sunday after crashing out in a collision with Hamilton at the start. He said there had been “a lot of freak moments at the moment which have costs us a lot of points” in recent races.

“These moments, it doesn’t do anything, it’s just disappointing,” he said “But I know that when we go again after the break I will be there again, I’ll try my very best, and of course, I hope my car is going to be competitive, but we’ll find out.”

Verstappen acknowledged Mercedes have made gains with their car since the upgrade they introduced at the British Grand Prix.

“They are, of course, very quick, but we will never give up,” he said. “We have to focus on ourselves. We keep pushing and we’ll see where we are.”