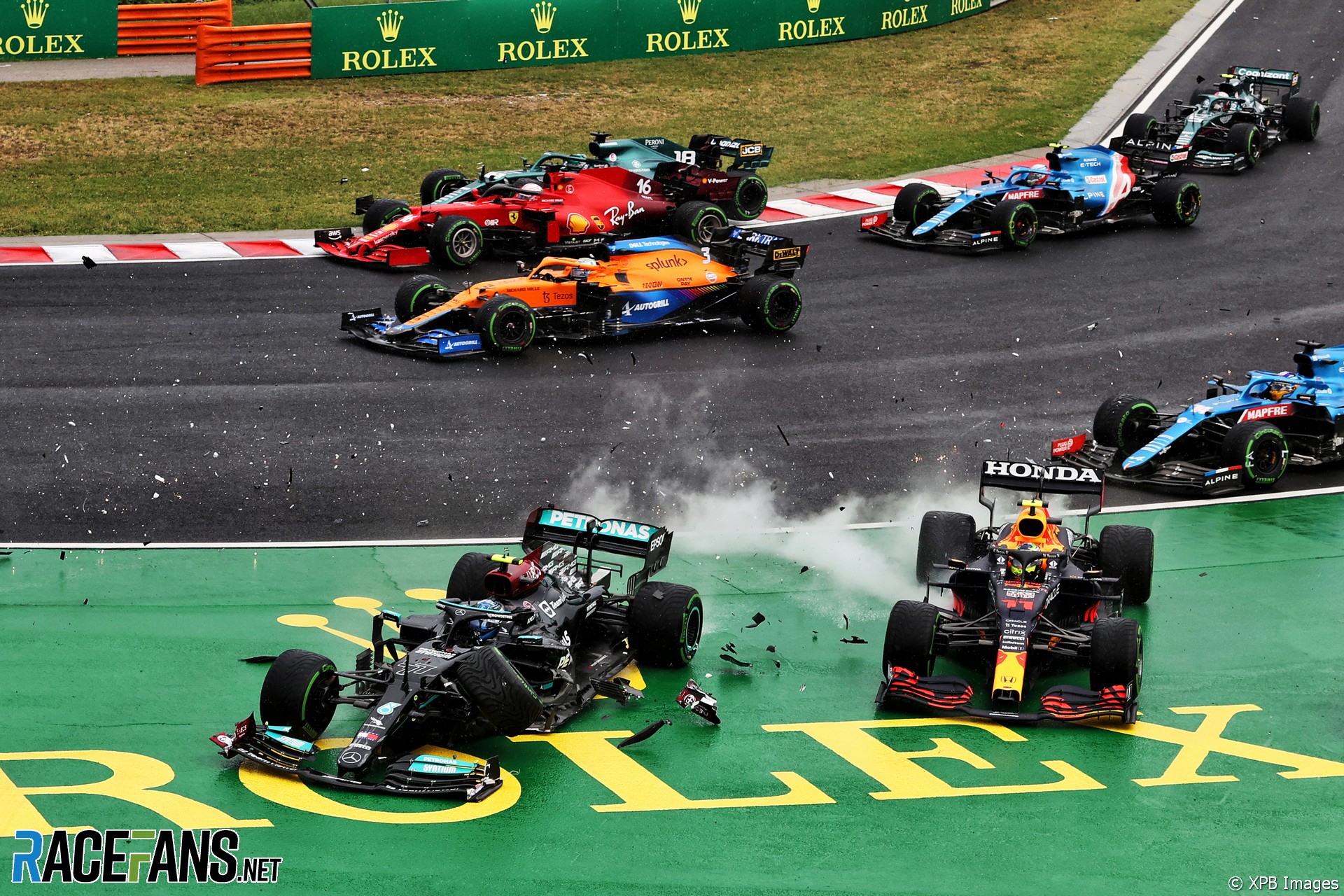 The original Lotus F1 operation went to the wall in 1994 after Johnny Herbert was innocently punted out at the first corner of the Italian Grand Prix, having qualified fourth in a last-ditch attempt to save the team. True, Lotus had been on a slippery slope for a while, but Herbert reckoned he could have scored a team-saving podium but for the tangle, with the crash effectively being the final nail in the coffin.

The Surtees team failed to recover fully after Jody Scheckter wiped out all three of the cars entered by ‘Big John’ in the 1973 British Grand Prix, who until his final days blamed the initially wild South African for the eventual demise of his eponymous team. Other factors, too, played a role in the team’s fate, but without that multiple crash it may have survived to fight many more seasons.

The direct and peripheral financial costs of accidents in motorsport have long been viewed as being ‘part of the game’ and borne by competitors regardless of their culpability (if any) in any incidents, nor, crucially, on the eventual impact these may have had on team owners. These are but two examples, with a raft of tales abounding of teams – competing at all levels – who were forced to shut shop after being innocently wiped out.

However, at no stage had there been any talk of redress, and indeed it is likely that any civil court actions would have resulted in short shrift from a civil bench on the basis that accidents – and, by extension, the costs of damage incurred – are part of the risk of going racing. It was very much a matter of standing heat or exiting kitchen.

Perspectives changed with the introduction of Formula 1’s budget cap, which limits the amount teams may spend on actual racing activities during a season – regardless of whether they have the additional funds available to pay for damages. Mercedes team boss Toro Wolff was the first to allude to the financial impact – in other words, the curtailment of certain planned activities – after George Russell crashed into Valtteri Bottas in Imola.

“Our car is a write-off in a cost-cap environment,” Wolff said. “That is certainly not what we needed. It’s probably going to limit upgrades that we’re able to do.”

In the wake of the infamous crash between Lewis Hamilton and Max Verstappen at Silverstone the latter’s Red Bull team boss Christian Horner also referenced the cost implications: “The other significant factor is the cost-cap element of this. That crash cost us approximately $1.8million (£1.3m) and an accident like that has massive ramifications in the budget cap era.”

Matters for Red Bull went from bad to worse last Sunday in Hungary, where Bottas triggered a multi-car pile-up which took out the car of Sergio Perez and damaged Verstappen’s too, though he made it to the flag in the points.

That prompted Horner to call for F1 to “revisit” the list of included items” with the FIA. “It’s something that can affect all teams, not just Red Bull,” he added.

Although Wolff and Horner pointed to the implications, they did not suggest the next logical step – that some sort of claims procedure should be in place for aggrieved teams. This was, though, raised post-race by Ferrari team boss Mattia Binotto after Charles Leclerc’s engine was damaged at the Hungaroring when Lance Stroll clumsily clattered into him.

“I think there is value for discussions in the near future with the other team principals, FIA and F1,” Binotto said. “Obviously if you’re not guilty, having such damage in the budget cap is something which is even more of a consequence now.

“Should we add exemptions? I think it may be very difficult to be policed. But I think that what we may consider is that if a driver is faulty, the team of the driver should pay at least to the other teams for the damages and repairs. That will make the drivers more responsible.”

That, of course, flies fully in the face of F1 convention and potentially opens a can of worms with massive knock-on effects all the way downstream: once a precedent is set in F1 it invariably cascades to other categories.

One can absolutely see Binotto’s point if viewed from an aggrieved team’s perspective; on the other hand it requires stewards – the judges in any incident – to apportion blame on a percentage basis for a claim to be granted.

That will, in turn result in an increase in appeals and/or requests for review, further complicating an already convoluted and time-consuming process which could then ultimately end up in the civil courts, particularly where the sums involved run into many millions. This raises the question: should any damages awarded by the stewards be included in either cost cap?

Such a system could, though, readily be formulated and implemented by categorising all incidents on a scale of one to four, with drivers (or teams) found to be guilty on a 25/75 (partially to blame, the other predominantly so), 50/50 (no claim), 100/0 (wholly), with further splits in the event of multi-car accidents. An FIA-appointed assessor would be given access to a team’s cost accounts and award damages accordingly.

The complexity lies not in the formulation of such a process but in its implementation. It raises further questions: Is such a process in conflict with F1’s ‘let them race’ philosophy? What to do in the case of with intra-team incidents? Do stewards demand that the ‘guiltiest’ driver compensates his own team and what appeal processes should be followed?

Chatter about the costs of crashes and demands for compensation are, at this stage, a direct result of the budget cap and thus little more than conjecture. Ultimately any claims process is likely to have major ramifications on the overall structures and integrity of the sport while being highly complex to implement. Thus, compensation is unlikely to be introduced any time soon.

That said, similar words were uttered 15 years ago when budget caps were first tabled, and in 2021 these became a harsh but welcome reality. Ditto HANS, halo and sprint qualifying, all of which were initially heavily opposed before being implemented. On that basis it is not inconceivable that some form of compensation is introduced in F1 sooner rather than later.

105 comments on “Compensation for crash damage? It might just happen in budget cap F1”