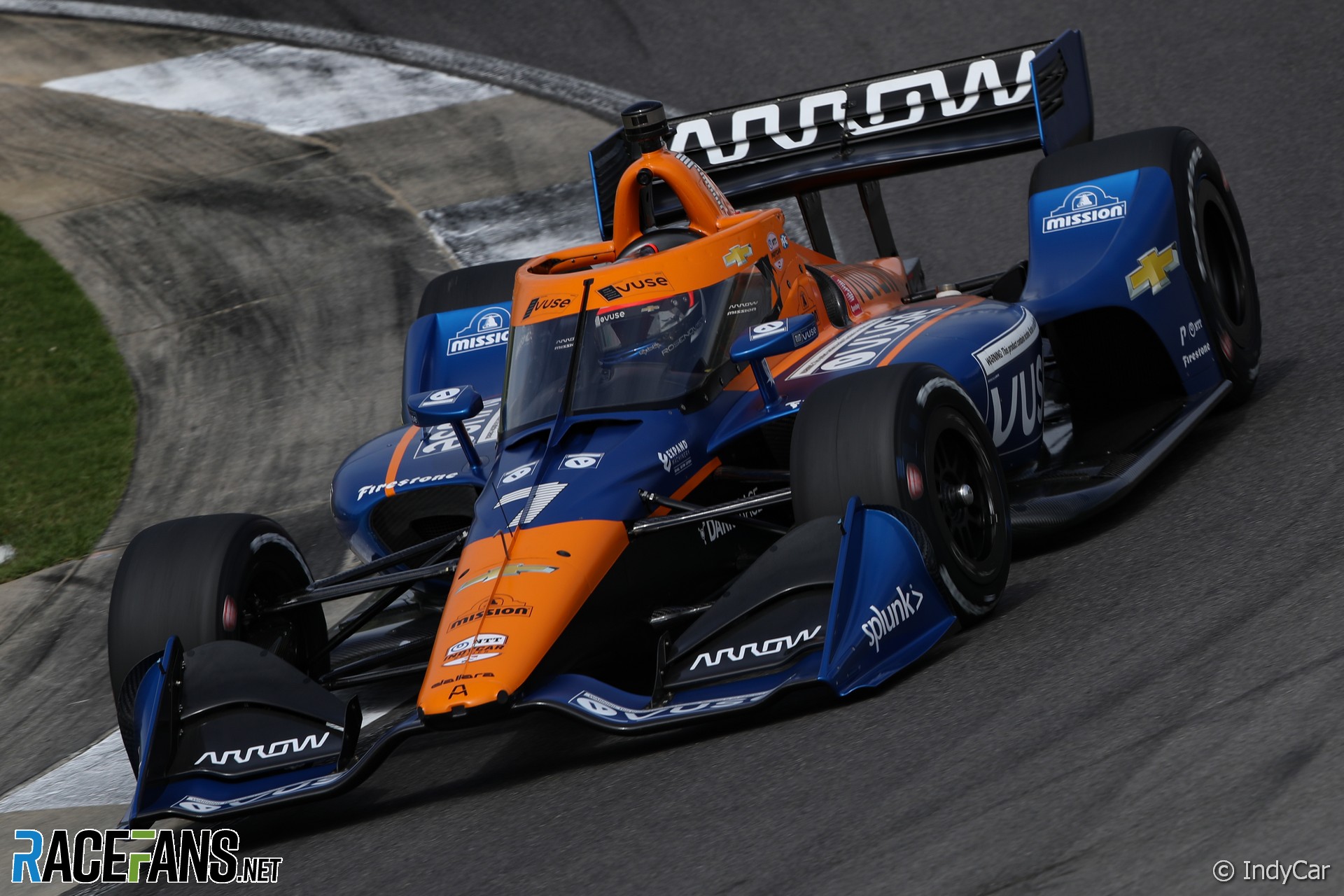 McLaren has given a “strong signal of our long-term commitment to IndyCar” by taking a majority shareholding in the McLaren SP team.

Two years after it entered a into partnership with the Schmidt Peterson IndyCar team, McLaren is taking a 75% share in the outfit. It has won two races already this season with Patricio O’Ward, who goes into today’s race second in the championship.

A five-person board will run the team, including Schmidt Peterson founders Sam Schmidt and Ric Peterson. McLaren Racing CEO Zak Brown will be among McLaren’s three appointments to the board.

“Today’s announcement is a strong signal of our long-term commitment to IndyCar as both a racing series and a marketing platform for McLaren Racing and our sponsor partners,” said Brown.

“McLaren Racing believes IndyCar will continue to build our brand in North America, serve our expanding US fan and partner base across our racing portfolio and drive long-term value. The racing is second-to-none, with world-class competitors in both drivers and teams and a passionate, highly engaged fanbase.”

Team co-owner Sam Schmidt said the increased involvement by McLaren, in addition to the support of long-term sponsors Arrow and Lucas Oils, will continue to move the team forwards.

“I’ve known Zak for 25 years,” said Schmidt. “He’s a racer and this is a group of hardcore racers. We started our partnership two years ago and it’s gone extremely well, both technically and commercially. Ric came in 2013 and moved the bar of the team up. Arrow came in a couple of years later and again we moved the bar up.

“With McLaren we’re moving forward again. As we’ve seen we’re now a regular contender and ultimately, for Ric and I, we are here to win races, win 500s and win championships. This next step ensures the resources to do that for a long time ahead.

“I want to say that we couldn’t have done this without Arrow and Lucas Oil. They really were the foundational sponsors this team was built on and we wouldn’t be here without them. McLaren is an iconic brand and we’re proud to be with them. We’re doing this to make the team better and ensure long-term success.”