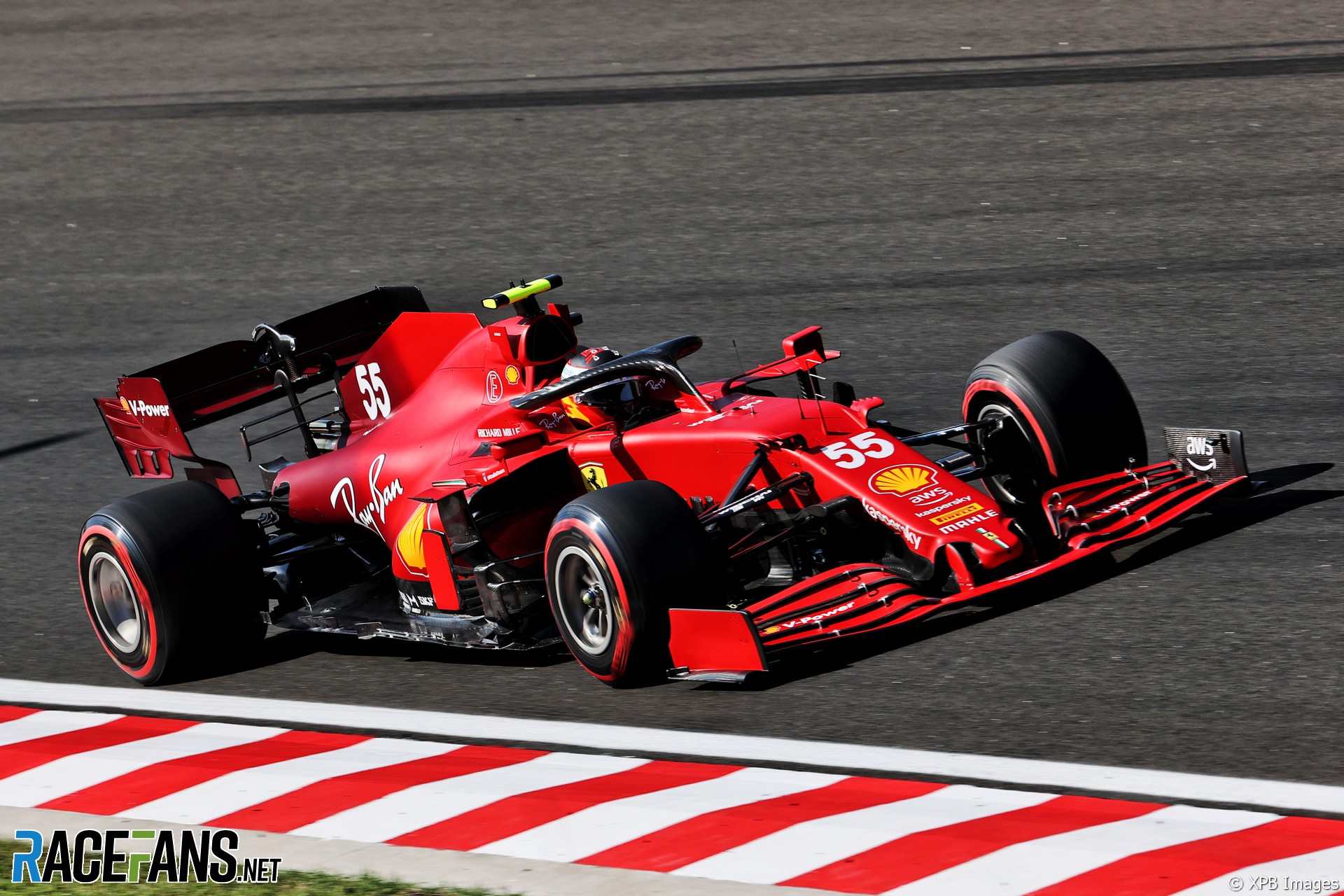 Ferrari will introduce an upgrade for its power unit in the second half of the 2021 Formula 1 season as it bids to beat McLaren to third place in the constructors championship.

The two teams are level on points following the Hungarian Grand Prix. Ferrari team principal Mattia Binotto believes third place is a realistic target if they continue to make gains with their car.

“Being third is certainly a possible objective,” he said. “We are third at the moment, equal points, but we are third.

“The team is doing well and we are improving so I think we can achieve it, that’s no question. But I think it has to be the simple consequence of the path that we are improving in all the areas.”

Ferrari’s straight-line speed was a major weakness of its previous car. The SF21 is much improved in this respect, though the team has indicated this is not entirely due to changes to its power unit.

Binotto revealed more improvements in that area are coming in the second half of the season. Under F1’s rules for 2021, teams were only permitted to introduce a single revision to their previous power units. However Binotto said Ferrari will only introduce upgrades for 2020-specification parts on the power unit it has used so far this year.

“From now to the end of the season we will bring a power unit development,” he said. “Which, just to clarify, the regulations for 2021 [say] that you may have a brand new power unit in 2021. So it means that you may bring an update in all the components of the power unit, whatever it is, ICE, turbo, MGU-H, batteries, MGU-K et cetera.

“But what we made at the start of the season, we didn’t complete the entire power unit development, so there are still components which are the ones of last year and we will bring an evolution to those ones.”

He expects a substantial gain in performance from the update. “That will be for us an important or at least a significant step for the end of the season. But more importantly it will be for us, again, experience in the view of 2022.

“So I think that’s all the ingredients to complete well the season and I think third certainly will be [possible].”

Carlos Sainz Jnr has already used all three new power units he is permitted to take this season and was therefore expected to incur a penalty for taking another. The power unit Charles Leclerc used at the last race was his second, but Ferrari confirmed that was irreparably damaged in the first-lap crash at the start.