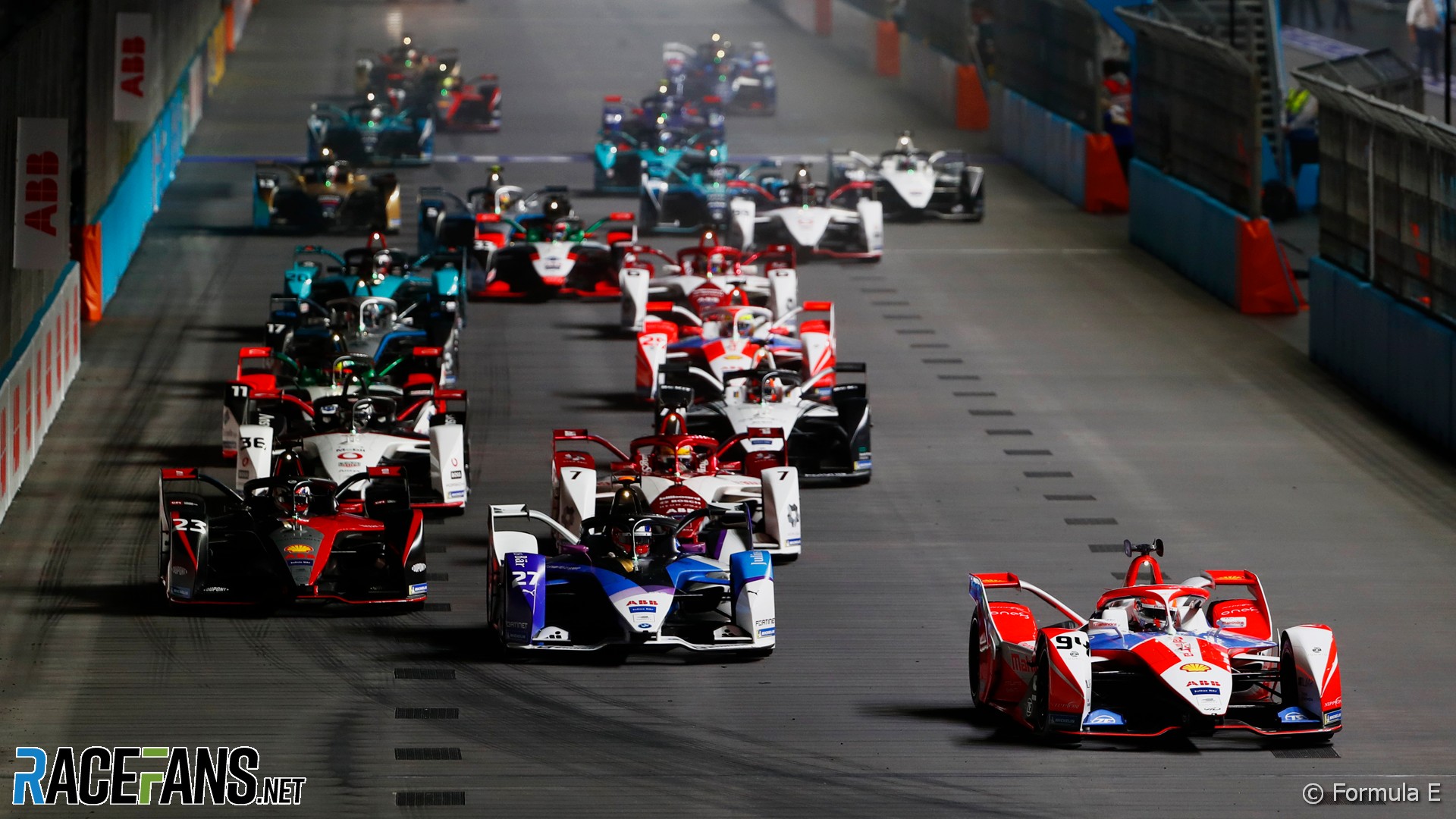 As Formula E’s first season as a world championship draws to a close this weekend, three-quarters of the grid are still in contention for the title. Here’s how a tangled season has unfolded.

How has this remarkable situation come about? After all some series are lucky if the championship isn’t decided before the final two races.

Formula E awards points to the top 10 and the driver who sets fastest lap, as in Formula 1. However, there is also a point for being the fastest driver in the group stages of qualifying and three for taking pole position, meaning the maximum a drive can score over a single round is 30.

Mercedes driver Nyck de Vries currently leads the championship on 95 points. But with two races remaining in Berlin this weekend up to 60 are still up for grabs. That means everyone down to 18th Alexander Sims has a genuine chance, if an increasingly remote one, of heading the table come Sunday evening.

If the possibility of Sims coming from 51 points back sounds far-fetched, it’s not inconceivable. His team mate Alex Lynn took a 44-point haul over the previous round in London.

Formula E’s title fight typically has lasted until the final rounds and has only being settled earlier twice. The first was during Jean-Eric Vergne dominant run in the last season for the first-generation cars, when only he and Sam Bird came into the final round as contenders. Bird was at a distinct disadvantage with a mothballed powertrain, which had received no updates for the whole of that season, and Vergne neatly took the title on the Saturday in New York.

The second time was last season, when every driver arrived at the six-race ‘finale’ in title contention by default as it constituted the majority of the season’s races. After five rounds, Antonio Felix da Costa went into the six races in Berlin with a narrow lead that immediately extended to an impossible one and Da Costa sealed it beyond question with two races to go.

This was particularly impressive given the number of points still on the table. Putting together a dominant run, as Da Costa did in Berlin, is difficult in Formula E.

Although group qualifying has taken a lot of flak for the inconsistent results seen this year, it’s not always the culprit. At two races this year – Valencia’s second round and Puebla’s first – a drying track made a meaningful difference to qualifying times across the groups.

Teams also did the damage to their own lap times on some occasions, such as when the drivers in group one were sent out nose-to-tail in Monaco. Any lap time set on a clear track is likely to be better than one where your front wing buried in another car’s diffuser.

It’s also true that the drivers in the earlier groups have the fastest cars. Performance gaps in Formula E are much less than in F1, the worst powertrains only really showing their weaknesses over race distance as efficiency is worn down by wear over a season. But it’s still true that qualifying well in a backmarker car isn’t likely to result in a good outcome.

The only time a driver from group four has managed to convert that advantage in qualifying into pole position and victory was Jake Dennis during the second Valencia round. Unlike most backmarkers, however, Dennis was in a BMW factory car and only arrived in group four having been repeatedly squeezed into walls during the opening rounds.

As the points situation makes clear, no driver has had a completely consistent season. Second-place Robin Frijns has come closest with six non-points finishes over 13 rounds but no retirements or disqualifications. In contrast, Alex Sims has failed to finish five times and De Vries and Sam Bird have four ‘DNFs’ apiece.

So who among the closely-knit group will emerge on top? A very strong weekend in New York has put Bird back into realistic contention. If the cars’ raw speed decides the outcome, expect a fight between Bird’s Jaguar team and Mercedes in Berlin. The Audi-powered Virgin car of second-places Frijns is nowhere near as competitive overall.

However, another surprise result could swap the top 10 completely in just the first race, all drivers down to 13th-placed Vergne technically within one round of catching De Vries.

Audi and BMW will drive their final races as factory teams in Berlin and many of the grid have undecided futures, at present. At least one more manufacturer is thought to be on the brink of announcing their departure. While Formula E itself doesn’t need to worry too much about that, plenty of others waiting for entries, drivers’ contracts are more pressing for them.

Of the top ten, only three have seats secured for next season. Walking away with the crown would, of course, make those conversations much easier.