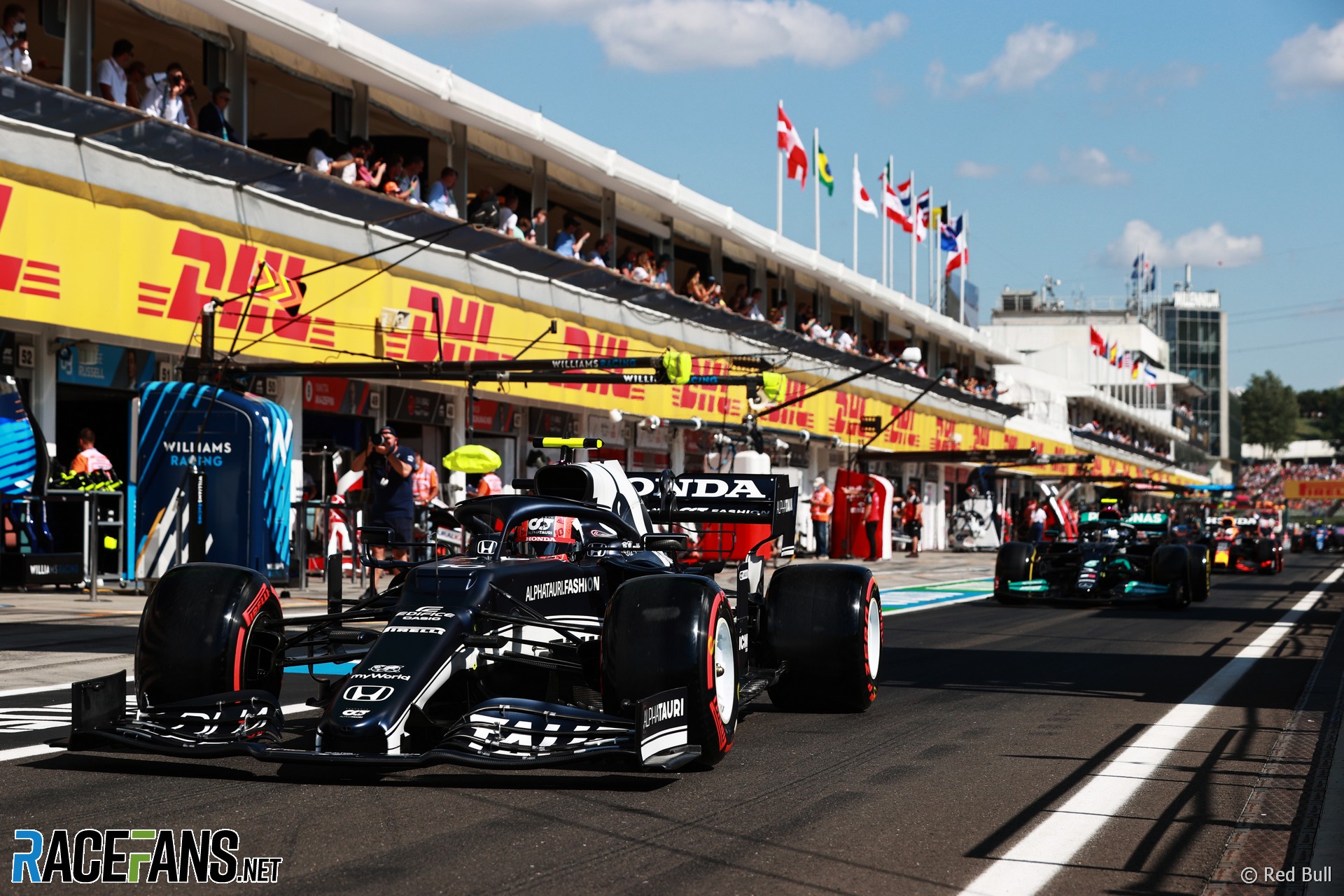 In the round-up: Pierre Gasly says teams missed a trick by not having anyone advise their drivers on the track conditions before the restart at the Hungarian Grand Prix.

Gasly believes drivers missed an opportunity by heading out to restart the Hungarian Grand Prix on intermediate tyres. All the drivers bar Lewis Hamilton immediately came in to switch to slicks, but Gasly said they should have realised before leaving the pits that intermediates were the wrong rubber.

“It was very, very obvious because the track is very dark so as soon as the sun [comes] out, it dries very fast.

In other series teams have used ‘spotters’ to advise their drivers on changes in track conditions and other incidents around the circuit.

“It’s something we need to do better,” Gasly continued. “If we had a spotter around the track, someone would have told us the track is completely dry. It was completely dry, so I’m surprised no one did it but it was a very obvious choice.”

"What saved us is going red. As much as we hate that happening, I thought they were going to drive the field through pit lane until we cleared the traffic jam, and we were going to be three, four laps down and kind of out of it. Credit to IndyCar for not eliminating all eight of us, whatever it was, that were stuck back there. We had no damage. We avoided all the carnage. The traffic just blocked.”"

"We had some new parts in Silverstone and I hope that we’re going to have some more later on, but at some point that will have to stop, because obviously next year there’s a big regulation change and the team needs to balance out the car’s performance this year versus next year."

"There’s no way to quantify it, but I think we all would agree that (Netflix) certainly has helped. It’s brought in a more casual fan that probably was not even a Formula 1 fan."

Dutch Grand Prix promoter and Former F1 driver Jan Lammers has urged fans attending the race to show sportsmanship and hospitality towards Lewis Hamilton after he was booed by spectators at the Hungaroring.

"I think my weakest point this year has been making a little mistake here and there in qualifying and not putting my lap quite together. I'm not qualifying as high up as I'd want to do and I think that is affecting the performance and the result of the races."

"All three of them have shown pace in the last few rounds. Jak (Crawford) was massively unlucky at the Red Bull Ring when his engine blew up and Ayu (Iwasa) has been a bit of a dark horse, he is constantly in the mix. We knew Roman (Stanek) from last year and he had a bit of a difficult season, but he is doing a lot better this year and improving every weekend."

"It's a third consecutive week at number one for Codemasters' F1 2021 in the UK."

Its a tricky subject because if you start getting guilty parties to pay for damages, we’ll see lots of excruciating court cases between teams trying to contest or overturn decisions of blame, as millions will be at stake. I don’t want to see F1 turn into the World Insurance Championship please.

At the other end of it, the cost of damages when you’re not at fault does seem like an unfair burden, so some provision should be made to allow a team to repair/replace damaged parts without going over budget or gaining an advantage (replacing a broken old spec wing for a non-cost capped newer spec, for example).
Rowmk9