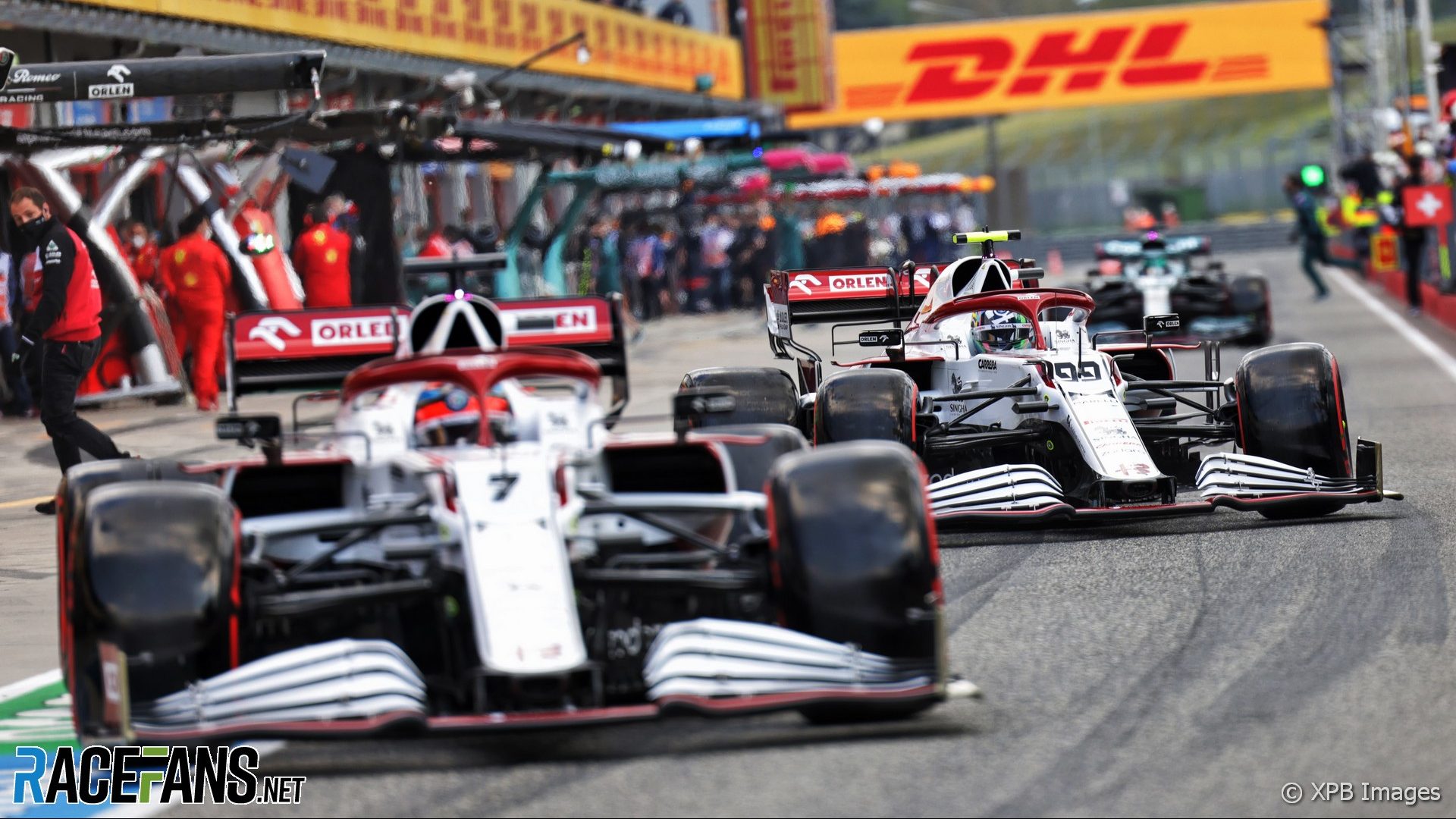 Now in their third season as team mates, the contest between Kimi Raikkonen and Antonio Giovinazzi has taken a fascinating turn in 2021.

Previously it’s been nip-and-tuck between the pair of them in terms of one-lap pace. However over the opening half of this season, Giovinazzi has decisively held the upper hand. When Raikkonen pipped him by less than two-hundredths of a second at the Hungaroring, it was only the second time he’d lapped quicker than his team mate in qualifying all year.

Giovinazzi hasn’t just been ahead, he’s been markedly quicker, regularly beating Raikkonen by more than three-tenths of a second. What he isn’t doing, however, is converting this into consistently better results.

Of course it hasn’t helped either that Alfa Romeo regularly find themselves outside the points. The fringes of the top 10 were only just in reach when the revision to the rear wing regulations struck, which team principal Frederic Vasseur admitted led to changes to their car.

As a result his drivers have mustered just three points scores between themselves. Raikkonen is narrowly ahead, though factor in the points he lost to a contentious penalty at Imola and the scoreline would be further in his favour.

With Ferrari Driver Academy members, a hotshot Sauber-backed rookie and even a Mercedes driver potentially in the frame for a place at this team next year, Raikkonen and Giovinazzi could do with making a clear case for themselves to continue if they want to be on the grid again next year. The present situation is not quite a no-score-draw, but it’s little better than that.

Times based on the last qualifying round at each race weekend in which both drivers set a time. Negative indicates Kimi Raikkonen was faster, positive means Antonio Giovinazzi was faster