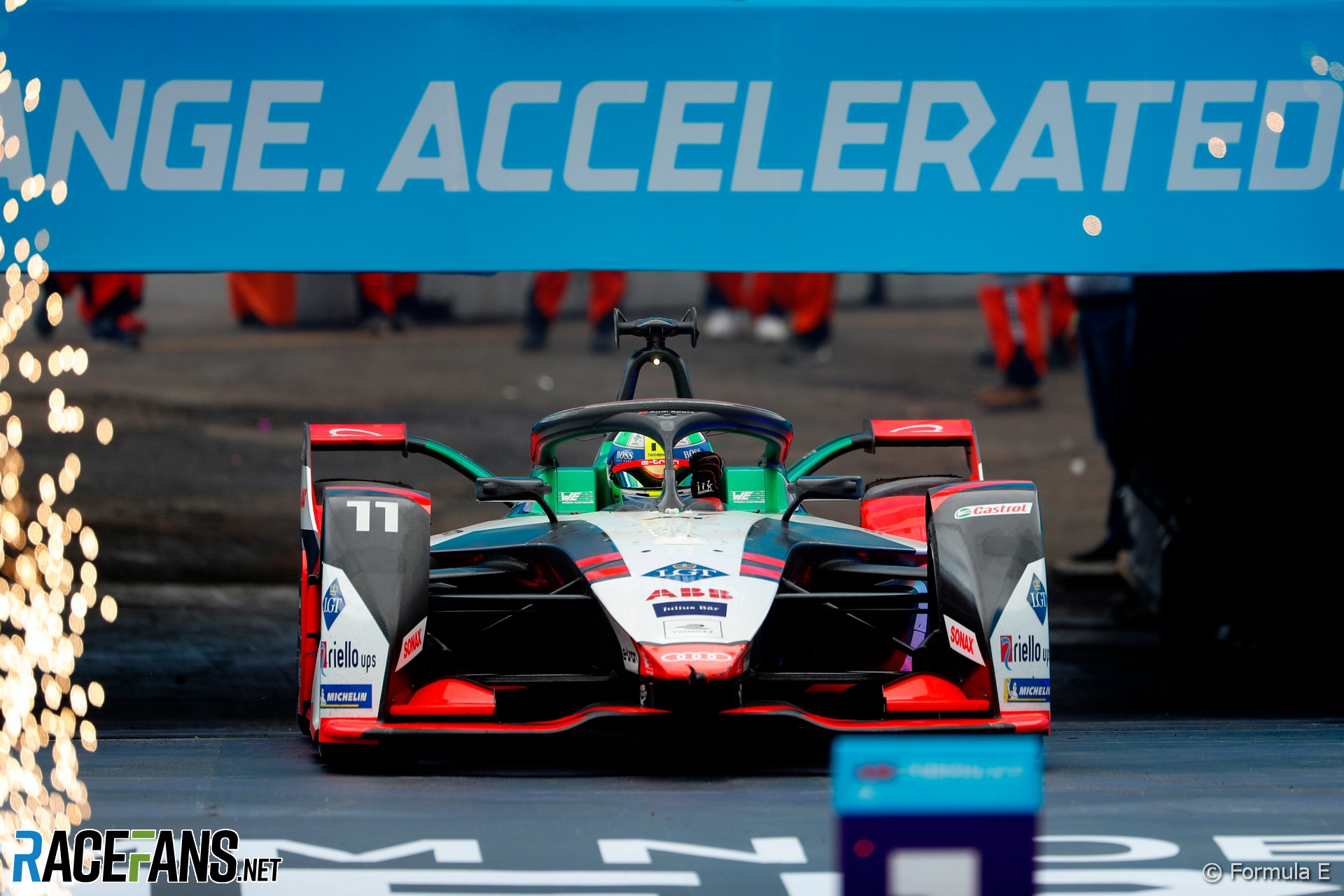 Lucas di Grassi has taken the win in the first of Formula E’s Berlin finale races, putting himself firmly back in contention for the championship.

Jean-Éric Vergne had taken pole, beating DS Techeetah team mate Antonio Felix da Costa in a Super Pole session where the reigning team and driver champions looked almost as unbeatable as during the relentless 2020 finale around Tempelhof. Lucas di Grassilined up third, with Edoardo Mortara alongside him.

Attack Mode had been confirmed as one activation of 8 minutes – a variant from the more typical multiple periods of the higher power mode.

The grid managed to get away fairly cleanly, only Tom Blomqvist’s NIO 333 car getting clipped by André Lotterer and having to return to the pits with a puncture – a real issue, in Formula E, as a new tyre will have had to come out of Sunday’s allocation.

Cassidy seemed to get into difficulties with 37 minutes to go, getting passted by Günther, Bird, Rast and Lotterer in quick succession and slipping down to fifteenth after having initially improved up to 11th from his 13th-place start.

Pascal Wehrlein sustained a puncture after making a late defensive move against Rowland that saw the Nissan’s front wing swipe Wehrlein’s left rear tyre. With 33 minutes to go, as Wehrlein headed into the pits, Sam Bird’s car slowed on track and finally stopped on the start-finish straight, bringing out yellow flags and finally a safety car. The safety car came in with 28 minutes remaining, leading to a 4kWh reduction in available energy.

Da Costa and Vergne swapped places, Da Costa taking the lead, with 22 minutes left in the race – leaving Vergne to defend from Di Grassi, while at the same time René Rast was leading a huge charge up the pack; having started 12th he had moved up to fourth by the halfway point.

Di Grassi passed Vergne, Rast following him through and forcing the Techeetah down to fourth. The two were able, just minutes later, to also pass Da Costa as it seemed like the Techeetah cars were fading. Rast was unable to defend, with an energy deficit, against Mortara.

Di Grassi had yet to take Attack Mode and when he did, with 18 minutes remaining, he lost the lead to Mortara, whose Venturi team mate Norman Nato was able to follow him for the third team 1-2 of the race, after Techeetah and Audi had taken the front two spots.

Rast seemed to fade, drivers struggling throughout the race with thermal management in vey high temperatures around Tempelhof’s unforgiving concreate. However, Di Grassi passed Nato for second with 13 minutes remaining, still in his Attack Mode while Mortara had already spent his. The Audi driver was able to make the move and take the lead at just under 11 minutes remaining and still with Attack Mode left to build a gap from the Venturi.

Evans passed Nato for third, feeding him back into pressure from Jake Dennis in the final minutes and despite a fierce battle around the final laps and a close to side-by-side finish, Di Grassi led Mortara across the line.