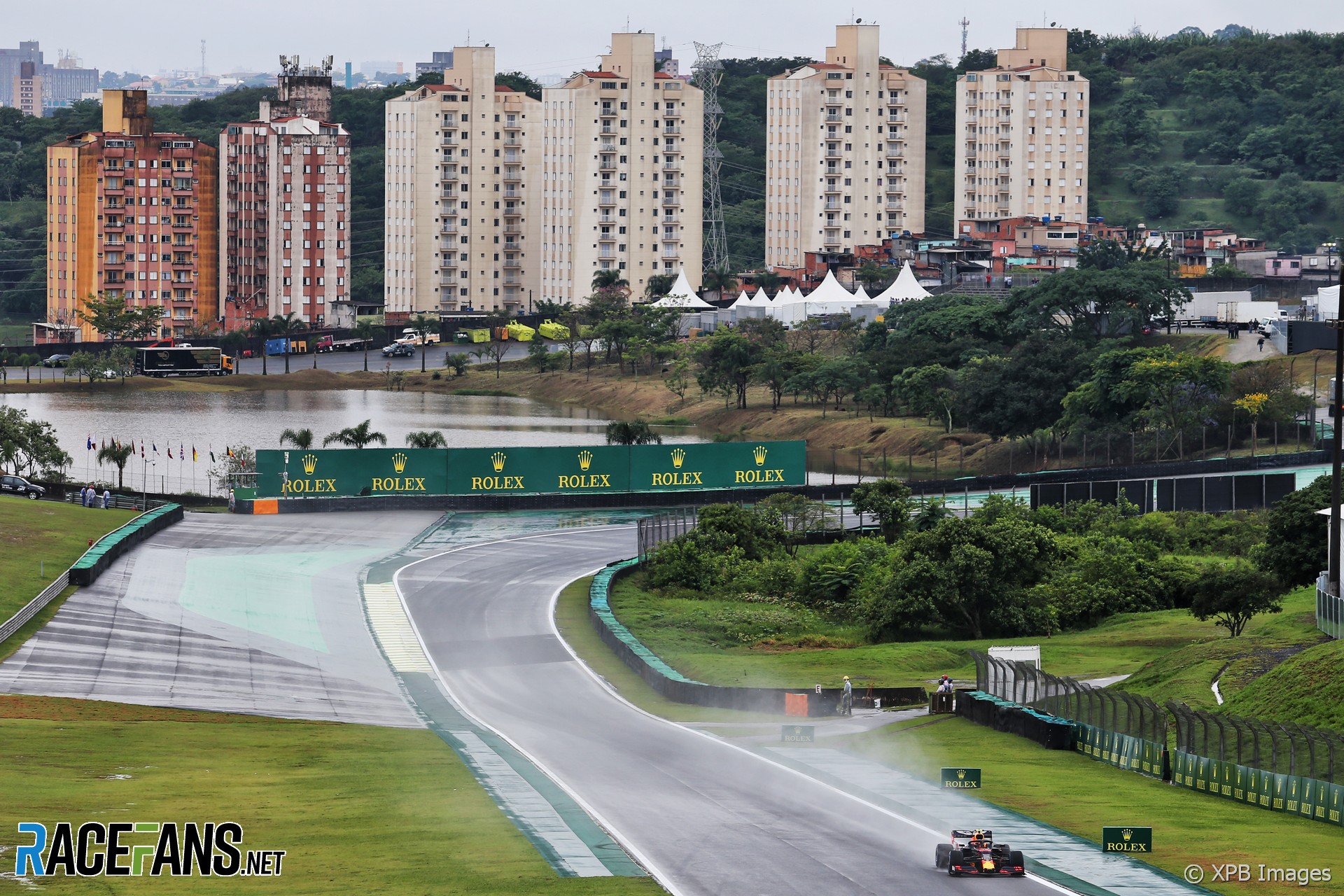 In the round-up: the Sao Paulo Grand Prix will be held at full capacity with compulsory masks, says Sao Paulo governor Joao Doria.

The governor of Sao Paulo, Joao Doria, announced during a press conference yesterday that the Sao Paulo Grand Prix would take place at full capacity with compulsory masks enforced for all fans in attendance.

According to the World Health Organization, Brazil has suffered the highest casualty rate from the covid-19 coronavirus of any nation aside from the United States of America, with over 568,000 recorded deaths.

Ferrari team principal Mattia Binotto believes Ferrari will gain a small benefit from the additional wind tunnel time allotted to them under the regulations due to their sixth place finish in last season’s constructors’ championship, but that it will not be a “game-changer”.

“The wind tunnel, in terms of balance or performance, if we look at it obviously for the position we finished last year, we’ve got some more time at the wind tunnel,” Binotto says.

“The extra time we’ve got is corresponding to what we call a ‘session’ at the wind tunnel on the entire season. So it’s an extra session and normally an expectation is a week of development. And normally a week of development is less than 0.1 second per laps. So yes, it is certainly an advantage, but it’s less than 0.1 second per lap. Still important, still happy to have it, not because of the result of last year, because it’s something we’ve got in 2021. But I don’t believe that’s a game-changer. It is not.”

What an event yesterday! Enjoyed my first gravel race a lot. Ended up 5th out of 500+ riders on the line for the 64mile red course, and 2nd in my age group 🏁@tiffanycromwell was a hero again completing the black course in women’s top 10 💪#VB77 #sbtgrvl pic.twitter.com/QkUqPRIP1o

Everything you need for a good day at the beach 😉🇳🇱 pic.twitter.com/lmAkZOLOhO

"As much as NASCAR is my home and where my career is at right now, I have a major passion for road racing and sports car racing and INDYCAR. I would love to be over here at some point in my career full time. I just got to keep doing what I’m doing and keep the doors open."

"Fernando Alonso would be my biggest motor racing influence. I started watching Formula 1 when I was around seven or eight and it was when he won the Championships with Renault."

With Fernando Alonso and Esteban Ocon the two closest matched pair of team mates on the grid at this stage in the season, is it possible to pick which of the two is on top at the halfway point? Alberto struggles to gauge Ocon’s performance versus his illustrious returning team mate…

Tough one to judge. Alonso despite being older, is one of the faster guys out there. But if I am honest, considering his age and his absence for so long, I was expecting Ocon to completely over shine Alonso until now and maybe the gap to close towards the end of the season. Despite winning a grand prix this season, I don’t think Ocon has ever seen as a potential to become one of the greatest. So, I wonder what the picture would have been like if Alonso was teammates with someone like Leclerc or Russel, or even Ricciardo. Maybe I am too harsh on Ocon, time will tell.
Alberto

Happy birthday to Luts and Electrolite!