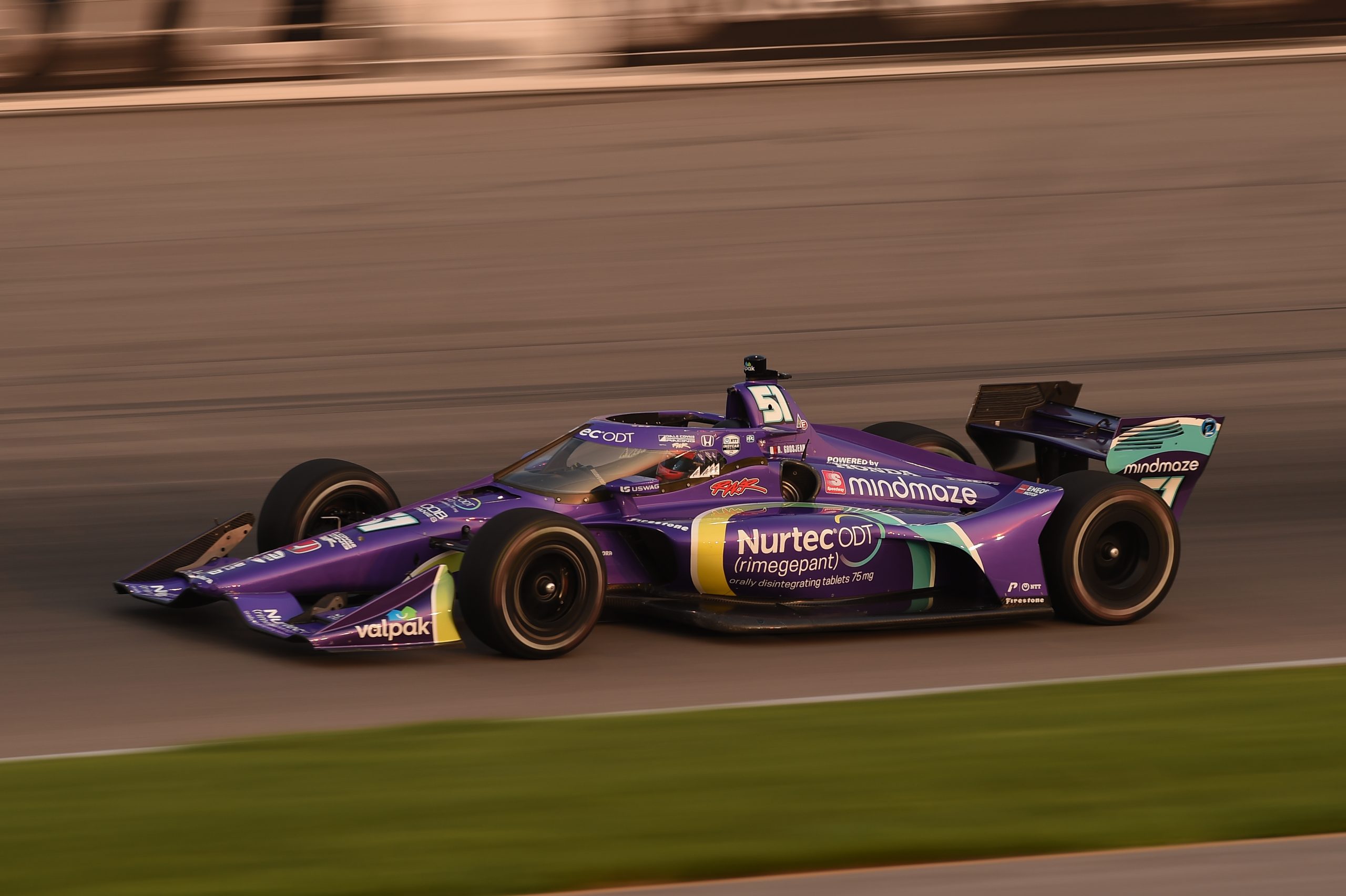 After Romain Grosjean finished second at the Indianapolis Motor Speedway road course for the second time this season, the thoughts of those who have been following the latest Formula 1-to-IndyCar rookie sensation drifted towards this weekend’s round at Gateway Motorsports Park, where Grosjean will make his oval racing debut.

“Next week I’m a rookie, a proper rookie,” Grosjean said of the new challenge that lies ahead of him on Saturday. “I’ve been named a rookie all year long. I don’t feel like one. Next week I am one. I just want to gradually go for it, improve myself, [and] learn about it.”

Grosjean originally committed to doing only the road and street course events when he officially signed for Dale Coyne Racing with Rick Ware Racing in February. But as early as March, he admitted there was a ‘high chance’ he would run the 500 kilometre race at Gateway. Grosjean took to the 2.012 kilometre oval for the first time last month, taking part in an official test in preparation for this weekend’s race.

“There was so much to learn. It’s so different from every type of racing I’ve done before,” Grosjean remarked on his maiden oval test.

“It’s a weird one. The car drives itself. People are telling you that’ll be fine, and you’re like, ‘what are they talking about, I drive my car!’ On the ovals I think the car does the work, and you control the speed, and it’s quite a bit of a strange feeling,” he added.

“I think it’s just going to be a great experience. I want to see how it’s going, everyone seems to be enjoying ovals there. I still prefer road courses, but I like braking late. I’m looking forward to it and seeing what we can get out of it.”

Of the small selection of ovals left on this year’s IndyCar calendar, Gateway would have been by far the lowest-risk choice for Grosjean to tackle this specific IndyCar discipline for the first time – something that was certainly on the mind of him and his family when Grosjean decided to come to IndyCar, just months after his horrific crash in last year’s Bahrain Grand Prix. His wife, Marion, and his three children went with him to Gateway for the July test, which helped put their minds at ease about seeing him tackle an oval for the first time.

Average speeds around Gateway top out at around 290kph and the banking does not exceed 11 degrees through turns one and two. It is also a more relaxed setting for a driver to make their first oval start than the Indianapolis 500.

With his family’s approval, Grosjean will be on the entry list for Saturday’s race aboard his number 51 Coyne/RWR Dallara-Honda, while his usual substitute Pietro Fittipaldi will move over to the number 52 car after replacing Grosjean at Texas and at the Indy 500.

Back in July after the first test, Grosjean said, “Everyone who thinks it’s easy to run ovals is absolutely mistaken. It is tough and requires a different feeling, but I must say I’m enjoying it. I’m looking forward to discovering more.”

“The racing is going to be the very exciting part. Every time you go into a corner, it’s a high-speed corner, and it’s fun, but it keeps the adrenaline going.”