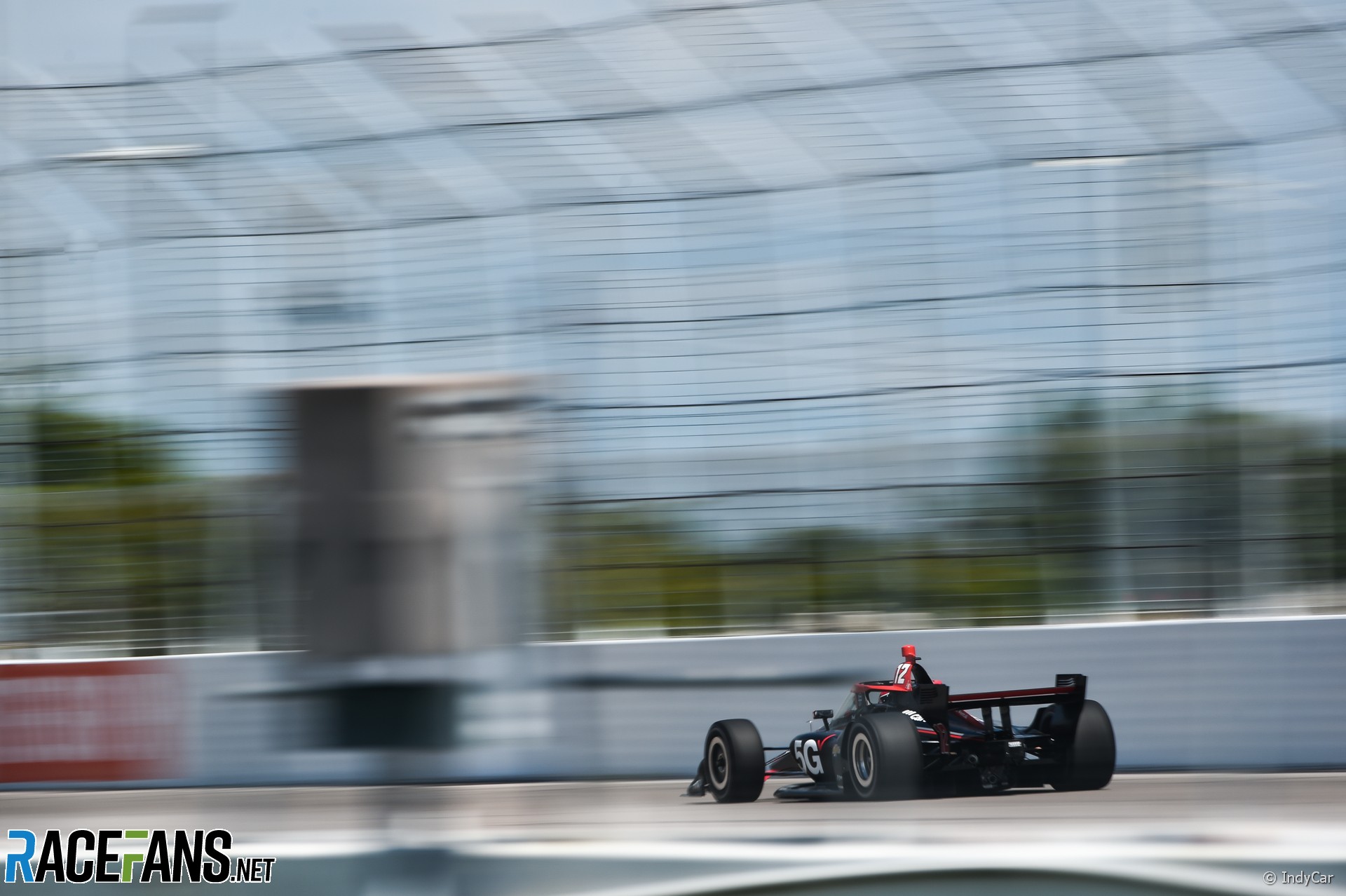 Just a week after taking his first win of the 2021 IndyCar season at Indianapolis Motor Speedway, Will Power got his first pole position of the year on Saturday evening at Gateway Motorsports Park – and the 63rd of his IndyCar career, bringing him within four of Mario Andretti for the all-time American open wheel record.

Power was the 15th driver out of 24 entries to make a qualifying run, and his two lap average speed of 290.676 kilometres per hour (180.618 miles per hour) was by far the fastest run of the session to that point – despite reporting a gear selection problem during his run.

Three cars later, Colton Herta had a great chance to displace Power from the top spot, but his run was just three hundredths of a second shy of the pole position, with an average speed of 290.532 km/h locking him into second place on the grid.

Championship contenders Patricio O’Ward, Marcus Ericsson, and Scott Dixon all qualified well. O’Ward was fifth fastest, ahead of Ericsson in sixth. Dixon was eighth fastest, one position behind Alexander Rossi in seventh. However, current championship leader Álex Palou struggled enough through his qualifying run, only posting the 12th fastest average speed. His nine position grid penalty for another unapproved engine change means he will start tonight’s race in 21st position.

In his first qualifying effort on an oval, Romain Grosjean showed total commitment with a run averaging 286.817 km/h. That will put him 14th on the grid, ahead of past Indianapolis 500 winners Takuma Sato in 16th and the returning Tony Kanaan in 17th.

The other shock from qualifying was the lacklustre form of Ed Carpenter Racing’s two entries: Ed Carpenter himself was only 22nd, while Rinus VeeKay was 23rd.