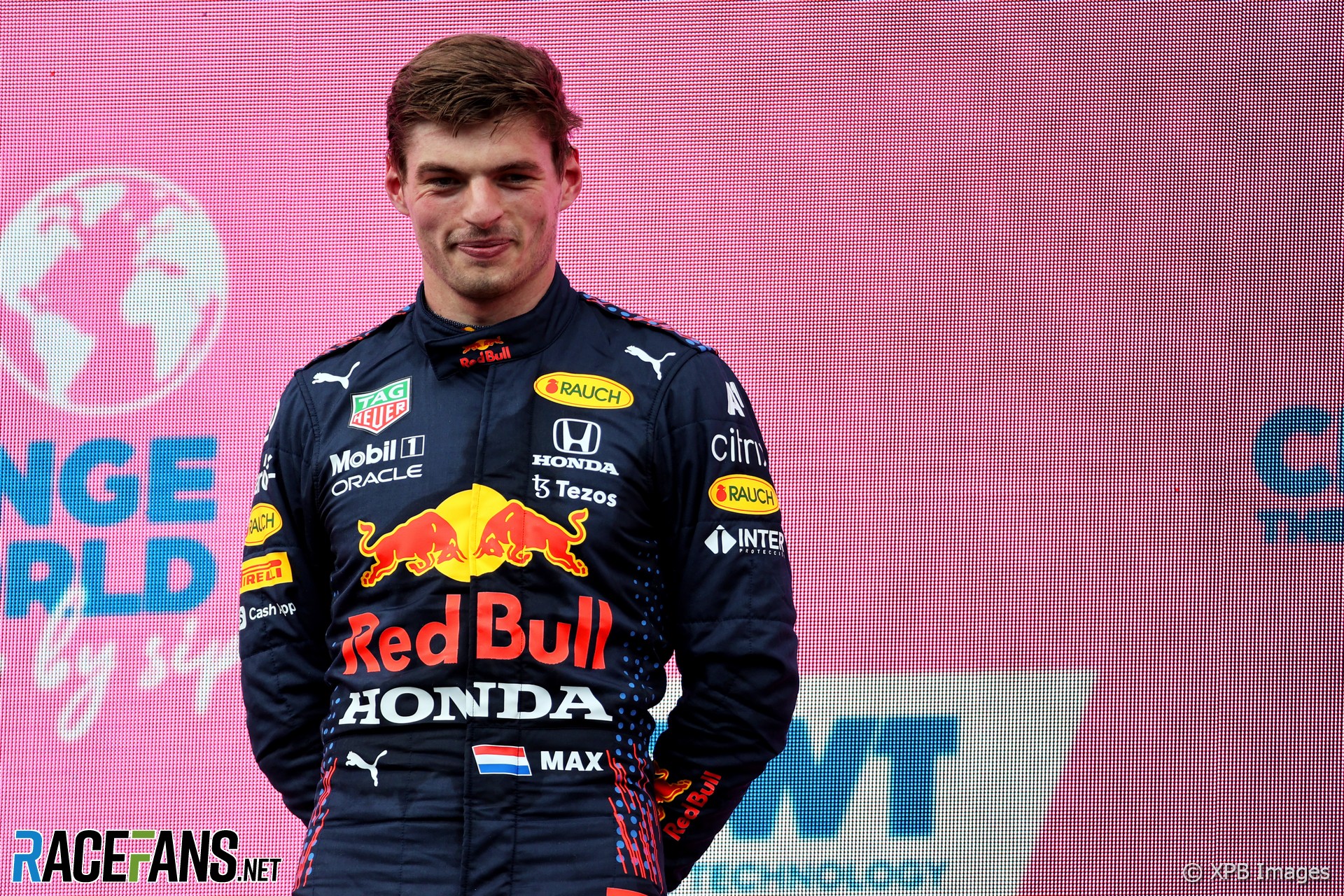 Which of the four remaining drivers has taken the top spot in RaceFans’ mid-season F1 rankings? Read on to find out.

Leclerc often does with his Ferrari what Russell does in his Williams: Extract dazzling qualifying performances which put the car ahead of where it’s likely to finish. He’s qualified in the top two rows for more than half of this year’s races, including that remarkable pair of pole positions in Monaco and Azerbaijan.

Ferrari’s vulnerability on the straights meant the latter was never likely to yield a victory. But in Monaco he ultimately paid the price for his qualifying crash as he was unable to start the race. Had he done so, it’s highly likely he would have won.

He came within a few laps of victory at Silverstone too, capitalising on the collision between Lewis Hamilton and Max Verstappen while badly showing up their team mates who lagged behind.

The rest of the time Leclerc has usually banked solid points finishes. Only in Hungary, where Lance Stroll smashed into him, and France, where the Ferrari chewed its tyres, did he fail to score.

He has been perhaps a touch too cavalier at times: In the Styrian Grand Prix he made contact with no fewer than three of his rivals, yet rode his luck and avoided damage and penalties. But with the prospect of a Ferrari power unit upgrade on its way, he may have further chances to win in the second half of 2021.

The opening race of 2021 was an intriguing taster for the season which lay ahead. Mercedes had plainly been forced onto the back foot by Red Bull, as Max Verstappen planted his car on pole position. But Lewis Hamilton drove a superb race to snatch victory away, hopping into the lead via a well-timed pit stop and resisting his rival’s attacks.

Hamilton immediately took the shine off that bravura start to the season with a crucial error at the very next race. Having taken pole position, he was mugged by off the line by Verstappen, who dealt with the Mercedes forcefully at the first corner. Hamilton then slithered off a still-damp track at Tosa, losing a significant amount of time, only to regain it thanks to a red flag. Second place was a major ‘get-out-of-jail-free’ moment, and not his last.

As Mercedes got to grips with their car Hamilton added wins in Portugal and Spain – the latter again involving a near-miss between the title contenders at the start – before Red Bull took the upper hand and Verstappen grabbed the championship lead. But at Silverstone the title fight swung sharply in controversial circumstances.

Unwilling to be cowed in another first-lap fight with Verstappen, Hamilton stayed alongside his rival as they entered Copse. He was undoubtedly entitled to do so, but strayed wide and caused a huge crash for his rival. Gallingly for Red Bull, not only did the subsequent red flag again allow Mercedes to fix Hamilton’s car, but his 10-second time penalty for the contact didn’t stop him from winning.

Hamilton should have won again in Hungary, but slipped up by failing to switch to intermediates on time. His recovery drive was superb, albeit frustrated by Alonso, confining him to second place. Nonetheless, the reigning champion went into the summer break leading the points.

He’s had luck on his side, however, and often got away lightly when he’s slipped up, with two notable exceptions. The first was in Monaco, where he was uncharacteristically outclassed by Valtteri Bottas, and finished in the seventh place he started. Then in Azerbaijan a minor error with his steering wheel at a late restart cost him very dearly, leaving him out of the points.

Red Bull are so strong this year that even though Hamilton leads the championship now, those lost points may hurt him come the end of the season.

Over the 11 races so far, Norris has been the first driver home in a car other than a Red Bull or a Mercedes on seven occasions. Considering he was taken out at the start in Hungary, that is a remarkable 70% strike rate in a seriously competitive midfield.

He was ‘best of the rest’ over the opening four races despite not always delivering his best in qualifying, specifically Q3. Whether not quite getting the most from his final run or losing times due to track limits violations, Norris only out-qualified Ricciardo once over the opening four rounds. That looks remarkable in hindsight, as he’s been unbeaten since.

Spain was the only race where Norris wasn’t at his best and the sole occasion where he followed Ricciardo home. He did pass Russell, Alonso and Ocon for eighth, but was given a rare black-and-white ‘unsporting conduct’ flag for defending too firmly against Sainz.

But a trio of podiums (one more than Sergio Perez has managed in a much quicker car) and eight top-five finishes underline the quality of job Norris is doing this year. At Imola he blended opportunism as he made his way forward with the sense not to throw a good result away in fighting Hamilton too hard. He delivered a fine podium in Monaco under pressure from Perez, and grabbed another in the Austrian Grand Prix, where a harsh penalty for his defence against the same driver arguably cost Norris second place.

As Ricciardo continues to under-perform in the car, Norris’ contribution to McLaren’s points haul has become invaluable. No wonder they were so quick to extend his contract earlier this year.

Max Verstappen has the quickest car in Formula 1 at the moment, yet he isn’t leading the championship. Therefore it’s surely too generous to place him at the top of our driver rankings?

Certainly, Verstappen’s season so far hasn’t been perfect. He paid the price of straying beyond track limits more than once in the opening races, losing a potential win in Bahrain and compromising himself in the race and qualifying in Portugal. But it would be fatuous to claim details like these are the main reason Verstappen isn’t at the top of the table.

He’s suffered three major losses this year, only one of which could reasonably said to be his fault to even the slightest degree. The tyre failure in Azerbaijan was out of his hands, and undoubtedly cost him a maximum score. He was blameless in Hungary too when he was taken out on the first lap. Then there was the collision at Silverstone, which the stewards ruled Lewis Hamilton was largely to blame for.

Had it not been for the Baku tyre blow-out Verstappen would have had five wins in a row at mid-season. The other four included a commanding drive on the streets of Monaco, a pair of lights-to-flag wins in Austria and his fine performance in France, where Red Bull first mugged Mercedes in the pits and Verstappen then reeled in Hamilton for a satisfying win.

The two races before the summer break were anything but satisfying, however, and leave Hamilton eight points to the good. But over the 11 races so far Verstappen has left no room to doubt he can get the job done and deny Hamilton an eighth world championship this year.