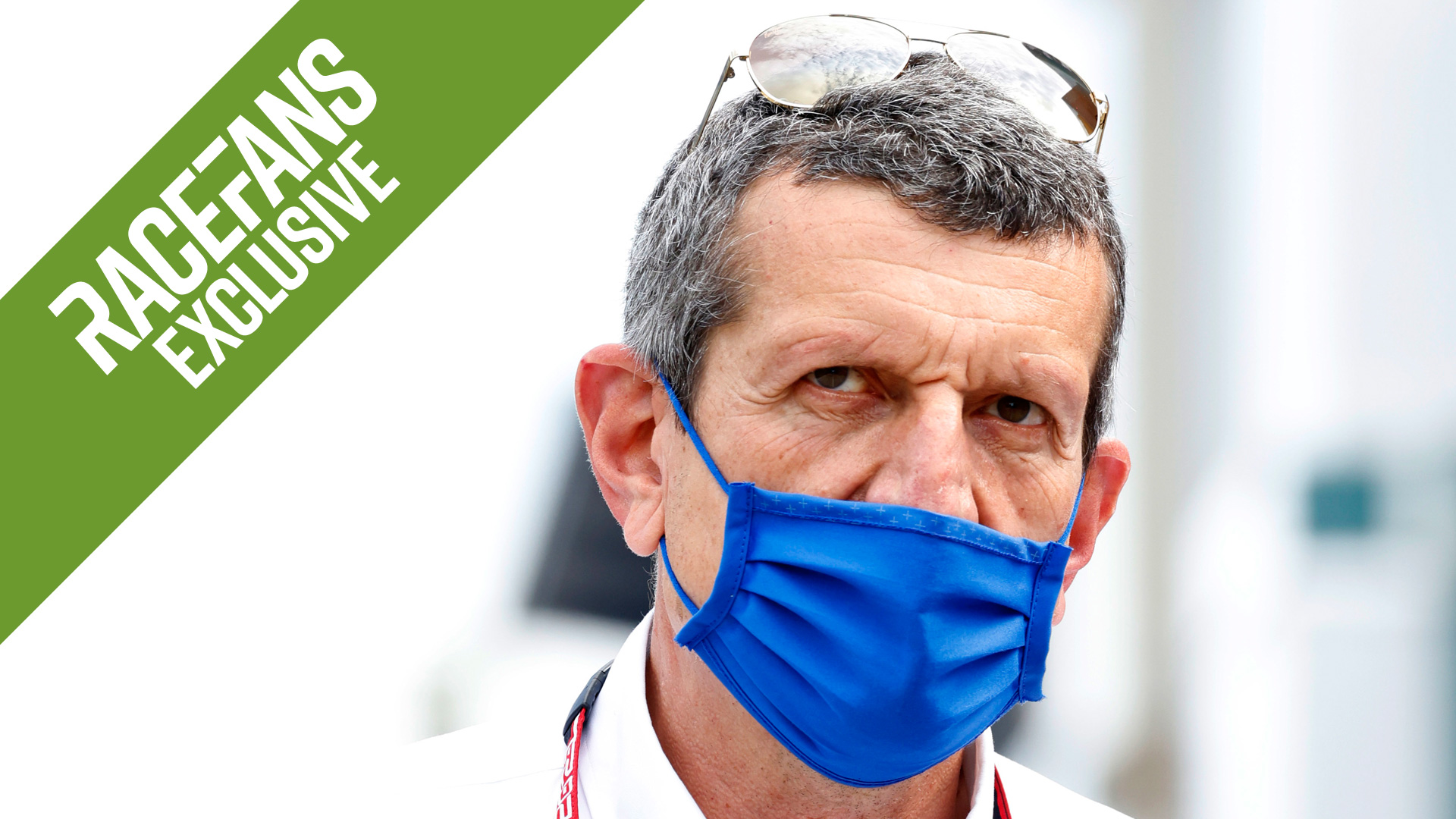 The 2021 F1 season has been a grind for Haas, but team principal Guenther Steiner believes much brighter days lie ahead.

His squad went into the summer break pinned to the bottom of the championship table. Their score reads zero and, what’s worse, Haas have not looked like realistic points contenders at any stage. It took a pile-up which eliminated a quarter of the field in Hungary for them to register their first lap completed inside the top 10 this year.

The Haas VF-21 chassis is a lightly reworked version of last year’s car, which itself was closely based on its 2019 predecessor. And so, despite the obvious progress made by power unit supplier Ferrari over the past 12 months, the team’s predicament is clear to Steiner.

“The components were not an issue with Ferrari,” he stresses, though admitting the Scuderia “struggled in their own little world” with their power unit in 2020.

“Obviously we depend on some of the technology from them and if it isn’t good enough that is where you end up. But in our case, I wouldn’t put the blame on them because it was our own doing.

“In ’19 the car aerodynamically wasn’t good. And then when you don’t develop a bad car, that is where you end up.”

As tough as the season has been so far, the team nearly didn’t make it at all, as owner Gene Haas came close to pulling out. “When the pandemic hit Mr Haas wasn’t sure if he wanted to continue or not,” says Steiner.

Rivals Williams were taken over by Dorilton Capital around the same time and are now reaping the benefits, delivering their first points score for two years in Hungary. But Gene Haas wouldn’t necessarily have found a new owner for his team, Steiner confirms. “He didn’t go out actively to sell.”

“I always said if Mr Haas wants to sell the team it will done like I think Williams did the right way, to get a law firm involved,” he explains. “That is how you do it, and that is how we would have done it.”

But Haas neither bailed out nor sold up. With sweeping new technical regulations coming for next year, plus the introduction of a budget cap and revised prize money distribution from this season, they saw an opportunity to take a major step forward. Steiner makes it clear that without the rules shake-up the team “wouldn’t be here anymore”, and he expects F1 will soon make much better financial sense for smaller teams.

“I think for the future – not only for Haas, for everybody here – you can actually make a stable business out of it to have a team running with the new regulations and with the new distribution. But you still need to do a good job to get higher up so you get more money.”

Given their current position, Steiner’s expectations of the team’s chances next season may seem unrealistically high. “We have got a good plan going forward,” he says. “I think we will be back next year where we were in ’16 at least. I’m very confident about this.

Haas blazed into Formula 1 five years ago, taking sixth on their debut in Australia and going one better at the very next race. They’ve only bettered that once since, with fourth at the Red Bull Ring in 2018, on their way to fifth in the constructors championship.

That stunning 2016 debut was achieved off the back of a year in which they only had the upcoming car to work on. Steiner says the same applies today.

“We have preparation time this year as well because we don’t develop the [current] car,” he explains. “There is a strategy behind that, it’s not like we are doing things random.

“We know what we are doing, that was the plan last year: How do we continue? How do we get back where we want to be? We make this a transitional year, that is what we did. So we have got a year to prepare it.”

With his characteristic frankness, Steiner bats away rumours he could be replaced in charge of the team: “That’s complete bullshit”. But he admits last year proved the most stressful time in of his motorsport career to date.

“I would say so, on the business life, absolutely,” he agrees. “Because also with the doubt how we continue, if we continue, there was a lot of ifs and in the end it was very stressful.”

The anxiety over the team’s future left him with “more grey hair”, Steiner says.

“I think I’m, as a person, pretty balanced – except when I go racing, then the devil comes out. But that is what I like to do. So I think it didn’t affect me because I always kept a clear focus.”

The team needed to “take a step back to make two forward”, says Steiner. “I wanted the team to continue because there’s a lot of people depending on it and I feel responsibility for this. I’m pretty ethical in this stuff, I always try to do the best.

“If that is not good enough or something comes in the way and I cannot do it, at least I can look in the mirror and say I have tried my best.”

Among the difficult decisions he took was to release the team’s long-standing drivers Romain Grosjean – who scored those breakthrough 2016 results – and Kevin Magnussen. Among their replacements was Nikita Mazepin, who was widely expected to gain promotion from Formula 2 alongside backing from his father’s Uralkali company, Haas’ title sponsor as of this year.

While some expressed doubts over Mazepin’s capabilities as a driver, more widespread and furious criticism of his conduct followed when he posted a video on social media of himself grabbing a woman’s breast. While the team was quick to condemn his behaviour and Mazepin issued an apology, Steiner admitted he was surprised by the strength of the reaction then and since.

“I think without that situation, the negativity wouldn’t have been this bad,” he says. “That happening, obviously, I was surprised how long it went on.”

The condemnation of Mazepin has “flattened out” since then, says Steiner. “But in the beginning, I didn’t expect that it would be this aggressive towards him, towards a human being, and this long-going.

“In my opinion actually people out there which have nothing else to do in life than try to make this bad. What was done wasn’t right, I’m not saying, but he apologised and sometimes in life you need to let go. You cannot pick on something just being awful with some people who did something which wasn’t right.”

Having never previously run a rookie as a full-season driver, Haas is fielding two this year. But despite their poor results, it’s clear Steiner doesn’t consider either Mazepin or fellow rookie team mate Mick Schumacher chiefly responsible for their plight.

Haas is “absolutely” lacking the benefit of experience in its driver line-up at present, Steiner admits. But he is content to stay patient with his youthful charges while the team works on the 2022 car he hopes will make them regular points contenders once again.

“That’s what the task is now,” he says, “to get these guys there so we have got that again for the future.”