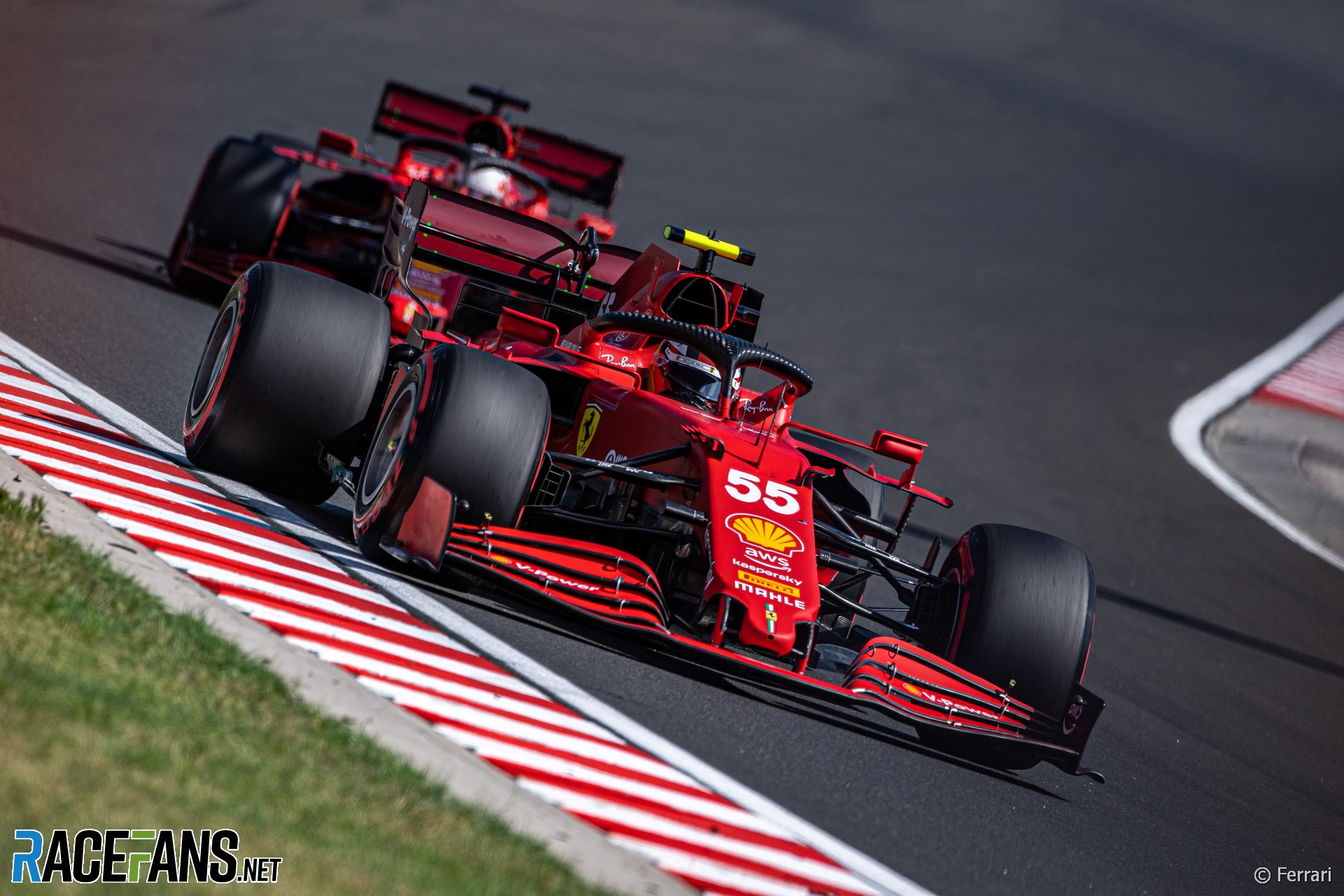 Ferrari team principal Mattia Binotto says Carlos Sainz Jnr’s strong first half-season with them came as no surprise given his form alongside past team mates.

Sainz’s debut 2015 season alongside Max Verstappen at Toro Rosso, and past two campaigns as team mate to Lando Norris at McLaren, were clear signs of his ability, said Binotto. At the summer break, Sainz leads team mate Charles Leclerc by three points in the championship.

Binotto said he was “not surprised” Sainz has begun his Ferrari career so well. “When we decided and contacted him to make him the offer, we made a lot of analysis and we knew that he was a strong driver.

“We knew that he was a strong racer, we knew that was very consistent in the race and he was fast as well. I think he has proved to be fast since he was in F1.

“We shouldn’t forget that his very first F1 season with Toro Rosso, his team mate was Max, and that very first year he was doing well. And if we look as well at the last year with Lando I think again, he was doing very well and we know how Lando is strong and I think that he is showing it as well in the current season. So we are not surprised by how strong he is or how fast is.”

While other drivers have struggled after moving teams this year – including Sainz’s McLaren successor Daniel Ricciardo – Ferrari’s latest hiring has bedded in quickly, said Binotto.

However Binotto believes Sainz is yet to demonstrate his full potential with a completely trouble-free weekend.

“What I’m expecting from him in the second half [is] he has not yet been capable of putting together one entire weekend – there is always a mistake here or there: Quali, start or in the race.

Although Sainz is also pleased with how quickly he has adjusted to life at Ferrari, he admitted he still has room for improvement.

“I am happy with the with the way that I am integrating the team and the first half of the season,” he said. “I’m very happy particularly with the speed that I’ve had with the car. Since race one I felt like I was on top of the car and I was able to push it to the limit and be on the pace straight away in pretty much every circuit that I’ve been to.

“It doesn’t feel like my strongest season in Formula 1, definitely. I feel like there’s a lot of points, a lot of missed opportunities here and there.”

Sainz agreed with Binotto’s analysis of his season so far. “I haven’t put a whole weekend together and this is something that I used to do very well,” he said. “For some reason, maybe it’s just being part of a new team, it just takes time to maximise weekends.”

His most recent race in Hungary was a clear example of how he needs to eliminate errors, Sainz admitted.

“I did a mistake in quali, I paid the price in the race, and there was one strange thing going on the pit stop that didn’t allow us to release. We missed a podium opportunity because of all that and all of a sudden the whole weekend doesn’t taste that good because I feel like we could have scored even better points.

“So this is a very good example of how the first 10, 11 races have felt like with, again, very good speed in qualifying, in Q1, in FP3, but for some reason something didn’t quite go to plan and we ended up where we ended up.”