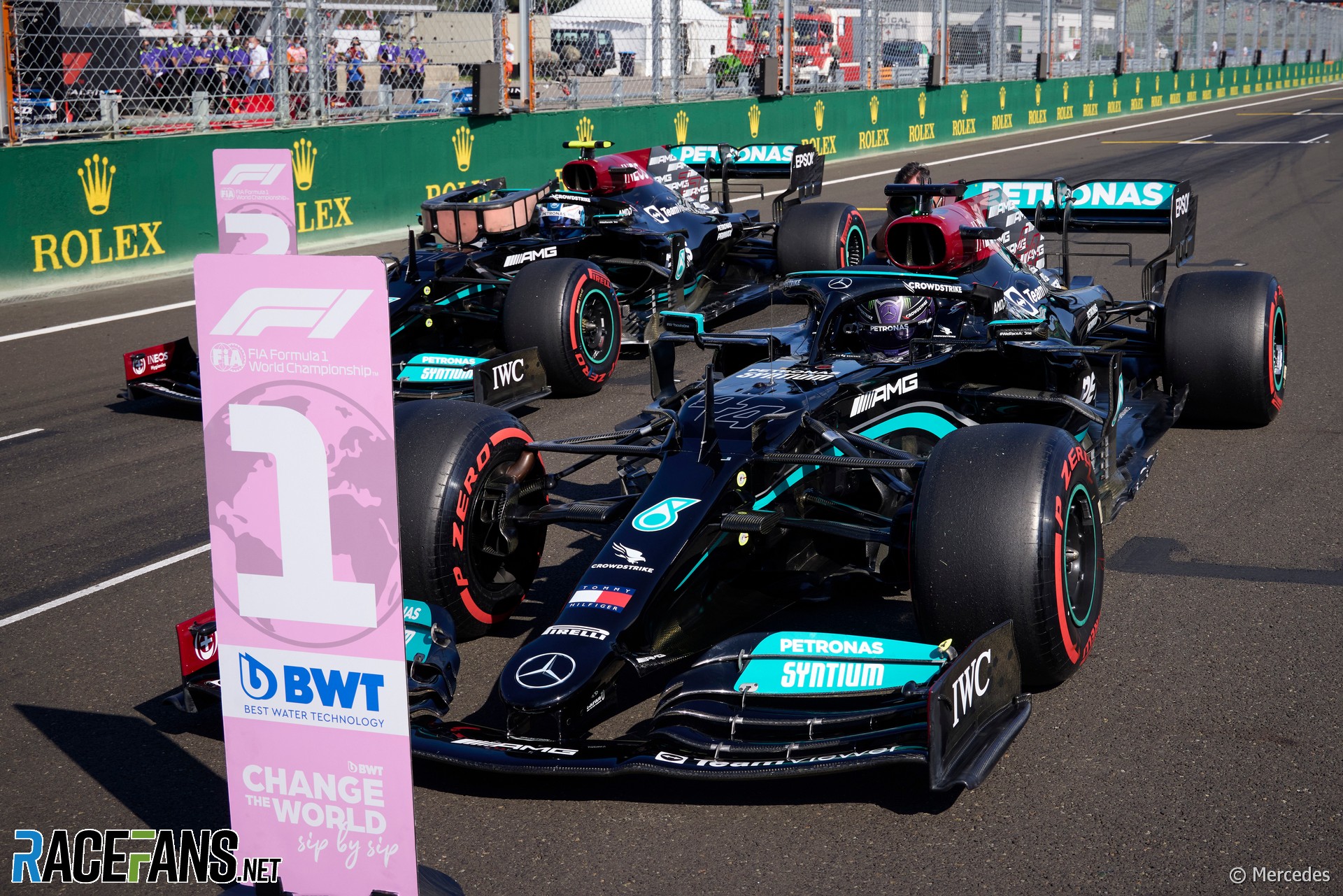 In the round-up: Mercedes team principal Toto Wolff talked up his team’s chances following the update they introduced to their car at the British Grand Prix.

But Wolff believes his team has also made real progress with its car as Formula 1 prepares to return from its summer break.

“We head to Spa-Francorchamps in a good position,” he said. “We lead both championships and the W12 feels in a better place, after the upgrades introduced at Silverstone and an encouraging showing in Hungary.

“But we know there is a long road ahead and so much can still happen in this season of ups and downs.”

The championship fight with Red Bull has “definitely been one of the most intense F1 seasons that I can remember, so far” said Wolff. “The battle is far from over and after a few weeks away from the track, we’re all really excited to get back to work.”

“Triple-headers aren’t avoidable with the pandemic still around,” said Steiner. “Ideally it would be a single race with a week in-between and then the second option would be to have double-headers and one week in-between, but we can’t choose this year.

“I think FOM and Stefano are doing a very good job in getting a good calendar together for us and we have to live by it. For sure, it will be a tough second half of the season, but our team is tough, and we will get to the end of it.”

"With a case rate as one of the highest for the remaining races on the Formula 1 calendar, there’s been some speculation about whether the race itself will proceed as planned, but Austin Mayor Steve Adler is confident the green light will be given soon."

"The time that I spent not driving was quite a lot and it was tough. I tested positive and couldn’t travel anywhere, so that meant that I couldn’t go to the factory to practice on the sim, it meant that I couldn’t use the gym and there were several other small things that happened as a result that was not really helpful for me."

Don’t expect to see any double diffuser-style innovations in Formula 1 in the near future, says @Dbradock:

Given that Brawn has already suggested that they’ll change regulations to prevent any a team from gaining the benefit of something innovative like the double diffuser was, I doubt we’ll see anything like it after a race or two in 2022.

I used to love seeing the new seasons cars in the first few races and seeing how different innovations played out, even when one team ended up being way better than the rest of the field, but I’m not sure we’re ever going to see that again as there just doesn’t seem to be enough room for a team to bring something entirely radical to the table. That in turn is probably going to ensure that lower budget teams always remain at the back.
DB-C90 (@Dbradock)

I now understand the excitement around Brands hatch turn one

100% commitment to a blind apex while falling 10 meters. It's like the most extreme rollercoaster you've ever been on 🤩

13 comments on “Mercedes “in a better place” after Silverstone upgrade”