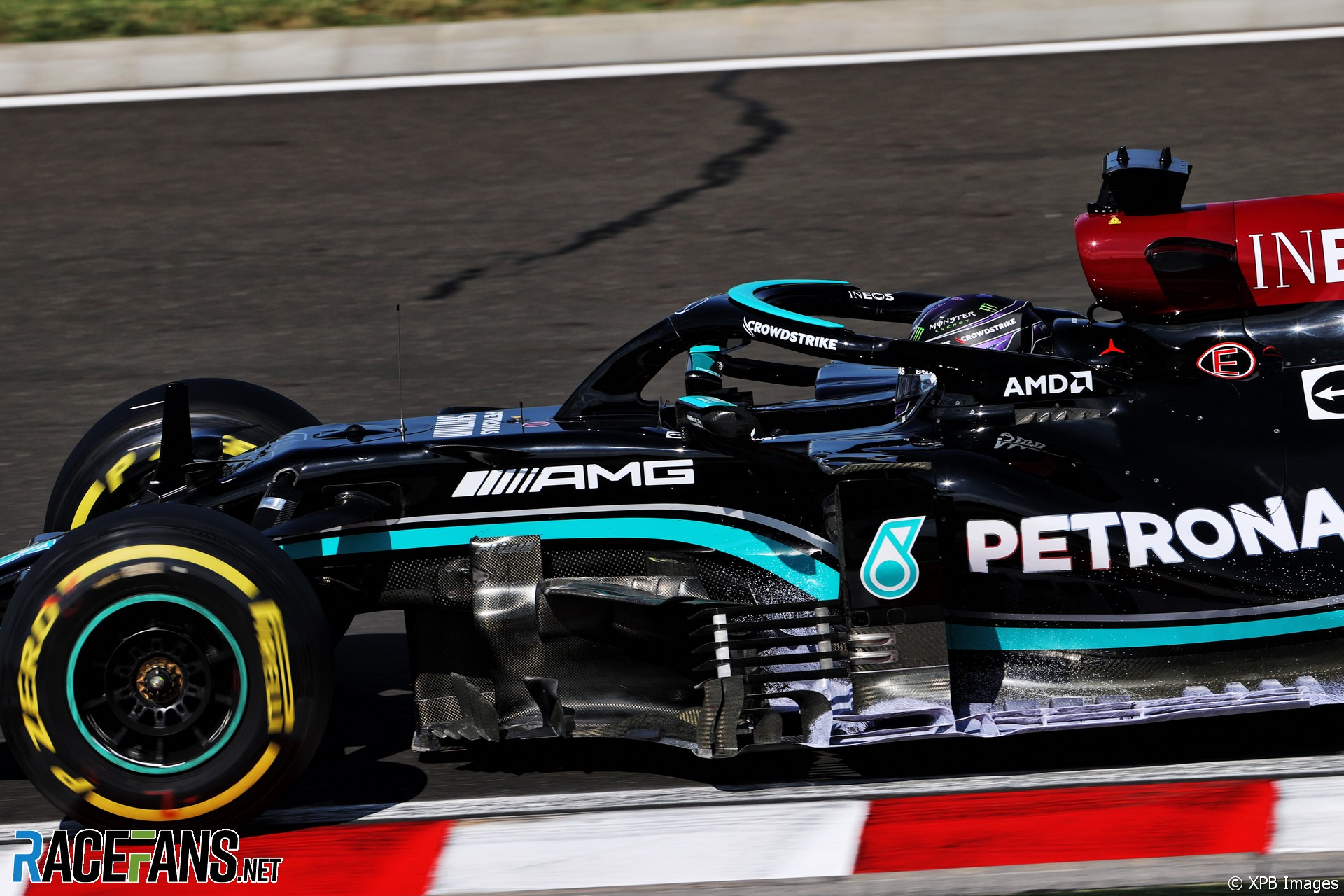 Lewis Hamilton says Mercedes have made a clear step forward after taking the lead of the world championship.

Victory in the British Grand Prix and second place in Hungary allowed Hamilton to overhaul Max Verstappen to take the lead in the points standings. Although he was aided by the misfortune Verstappen experienced in both races, Hamilton believes his team have also improved their performance.

“We’ve definitely upped our game,” he said. “And I think we’ve also, just during this break in terms of taking time to reflect and look at where we’ve been and where we’re going, I have no doubts that we will take another step forward in our processes and in how we apply ourselves. So it’s been a real positive thing to see.”

After the first eleven races, Hamilton has four wins to Verstappen’s five. He expects the fight to remain close between the pair over the remainder of the season.

“We knew how quick they would be at the beginning, we’ve obviously seen the speed and the competitiveness of them in the past,” he said. “Of course, as we got through the season, they’ve got stronger and stronger and it’s been harder for us as we’ve gone on. We’ve had a bit of a difficult patch.

“But we’ve got back to where, in terms of operating, we have in the past – I think to a good place. But it’s going to be close. It’s going to be tough, the second half of the season.

“The first half was definitely one of the toughest and I expect it’s going to be pretty much the same in the second half, if not more difficult.”

Hamilton was visibly tired after the previous race in Hungary and revealed he’d been struggling with his health after contracting Covid-19 last year. He said he was feeling better after the summer break.

“But having that time is really precious, naturally, so just trying to remain grateful for the spare time that you do have and trying to use it to the best of my ability and now we’re back, which is great.”