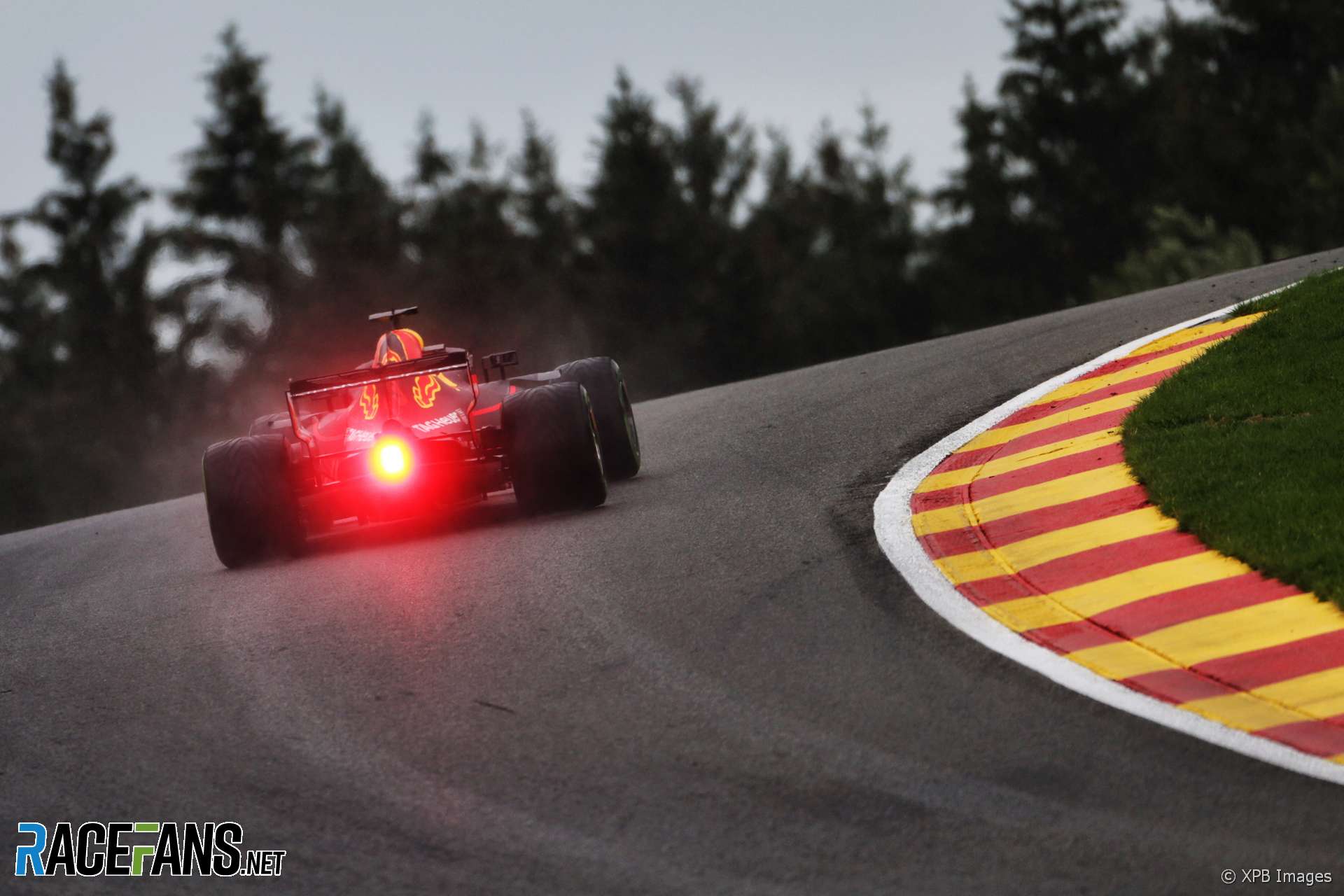 This weekend’s Belgian Grand Prix looks set to run in cool and generally damp conditions, with a risk of fog and rain showers.

Temperatures will be consistently on the low side, climbing no higher than 17C at any point over the coming three days of track action.

Although the race is still three days away, wet conditions are expected during the 12th round of the championship at Spa-Francorchamps. It could be a familiar sight by the time we get to Sunday.

Heavy rain is forecast this evening which is likely to leave the circuit damp for the start of running on Friday morning. Cloud cover throughout Friday and the expected return of showers in the afternoon, may further reduce opportunities for the track to dry out. There is also a risk of fog in the morning.

Slightly better conditions are expected on Saturday and we could see the sun out in the morning for final practice once the fog dissipates. However, the chance of rain increases into the afternoon, so F1’s qualifying session and the subsequent support races may well take place on a wet track.

On Sunday, much as with the previous days, a fairly dry morning is expected to give way to damp conditions in the afternoon. F1 may escape a downpour during the race time but showers remain a threat and the increasingly traditional post-race cloudburst looks possible too.

Friday and Sunday will see strong south-easterly winds, at 30-40 kilometres per hour. This is likely to be more of a challenge for drivers in the upper parts of the circuit, around Les Combes and Malmedy, where the track is relatively exposed. Saturday is set for slightly calmer conditions.