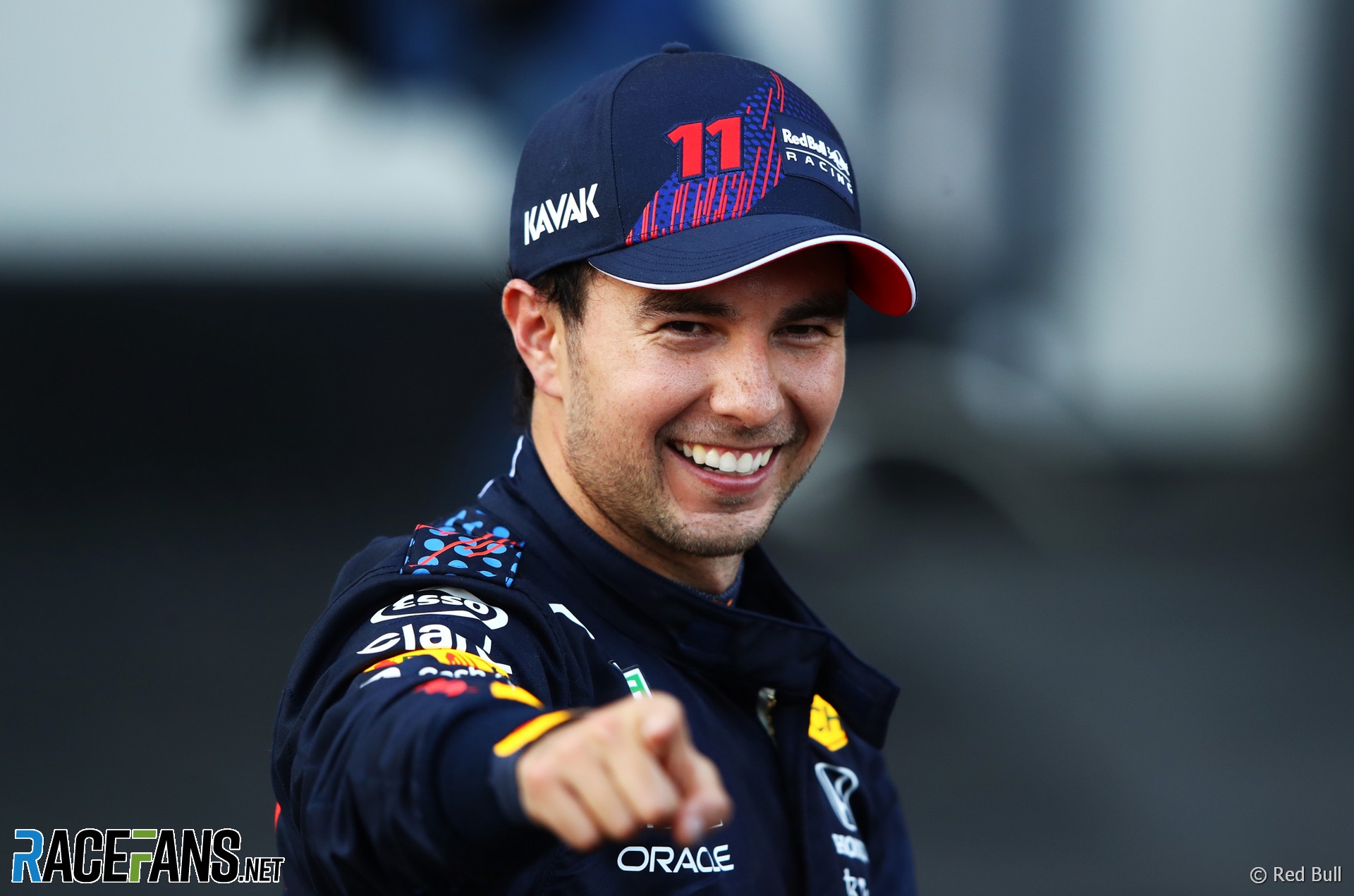 Sergio Perez has re-signed for Red Bull and will continued to race for the team in 2022.

Having joined the team from Racing Point at the end of last season Perez now lies fifth in the drivers’ championship. He will continue to race alongside Max Verstappen next year.

“His integration into the wider team has been seamless and we have been impressed by his performances during the first half of the season which demonstrate what he’s capable of in our car,” said Red Bull team principal Christian Horner.

“Next year we move into a new era of Formula 1 with completely revised regulations and cars, and with over 200 races and a decade of experience under his belt, Checo will play an integral role in helping the team navigate this transition and maximise the RB18.”

Perez scored the second victory of his career for the team in the Azerbaijan Grand Prix in June. By doing so Perez became the first driver other than Verstappen to win a race for Red Bull since Daniel Ricciardo’s departure from the team in 2018.

At the following race Perez took his second podium finish as a Red Bull driver at the French Grand Prix, which Verstappen won.

Perez said he was pleased with the progress he has made since joining Red Bull.

“It always takes time to get on top of everything when you join a new team but things have worked well this season and I really enjoy being a part of the Red Bull family. We’ve been working hard to deliver results so it’s great to see the team have faith in me for the future.

“We have so much more to achieve together and we still have a great challenge on our hands this season so I really hope we can finish the year on a high and carry that momentum into 2022.”