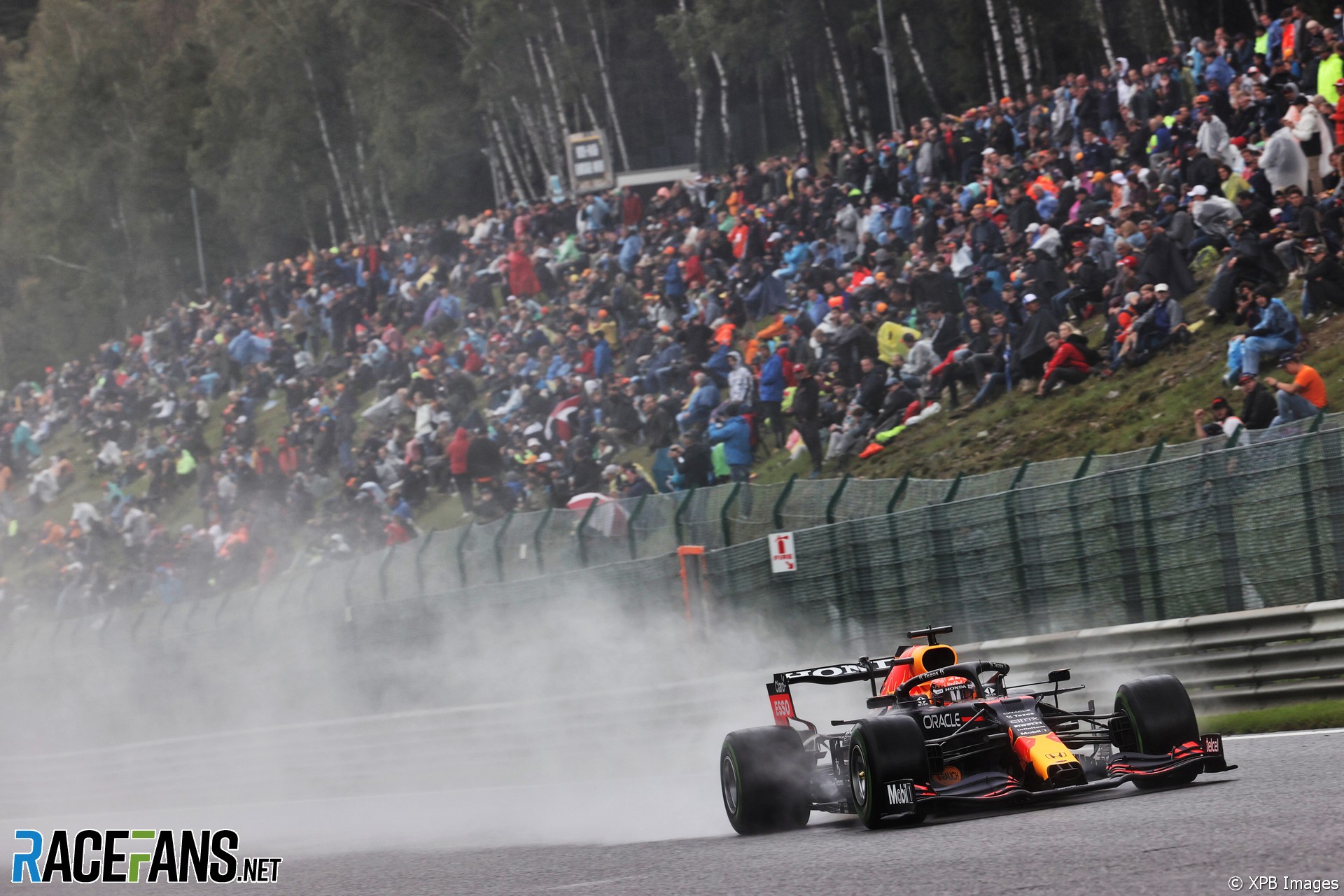 The two Red Bulls of Max Verstappen and Sergio Perez finished atop the timings after a wet final practice session ahead of qualifying for the Belgian Grand Prix.

Verstappen set the fastest time on intermediate tyres, ahead of team mate Perez and championship leader Lewis Hamilton having set the third-fastest time in the session.

It was a wet hour of running for the drivers, following a heavy downpour earlier in the morning that had delayed the start of the Formula 3 race scheduled prior to the start of final practice. Intermediates were the tyres of choice for the majority of the grid, with a number of drivers sliding wide as they tried to get to grips with the damp Spa surface.

Verstappen and Perez set the quickest times at the midway point of the session. Daniel Ricciardo was warned that the rain would continue to fall throughout the second half of the session – a prophecy that proved to be an accurate one.

Kimi Raikkonen’s running was heavily curtailed when the Alfa Romeo driver trundled back to the pit lane while complaining of brake failure midway through the session. He was unable to get back out onto the circuit during the remainder of the session.

Despite the cars clearing a significant amount of standing water off the Spa track surface, the consistent rain meant that the circuit did not reach a threshold where dry tyres were a viable option for the drivers.

Pierre Gasly had a late scare when he spun his AlphaTauri on the exit of Stavelot on the slippery kerbs. Despite pitching the car a full 180 degrees, Gasly managed to avoid making contact with the barriers and recovered to continue without significant damage to his car.

In the closing minutes, McLaren opted to send Lando Norris out on soft dry tyres. Norris struggled for any traction on his single lap, before immediately bailing back to the safety of the pitlane.

As the chequered flag flew, Verstappen’s early benchmark of a 1’56.924 was good enough to see him finish top of the timings and bounce back from an abrupt end to his Friday running with his late-session shunt in second practice.