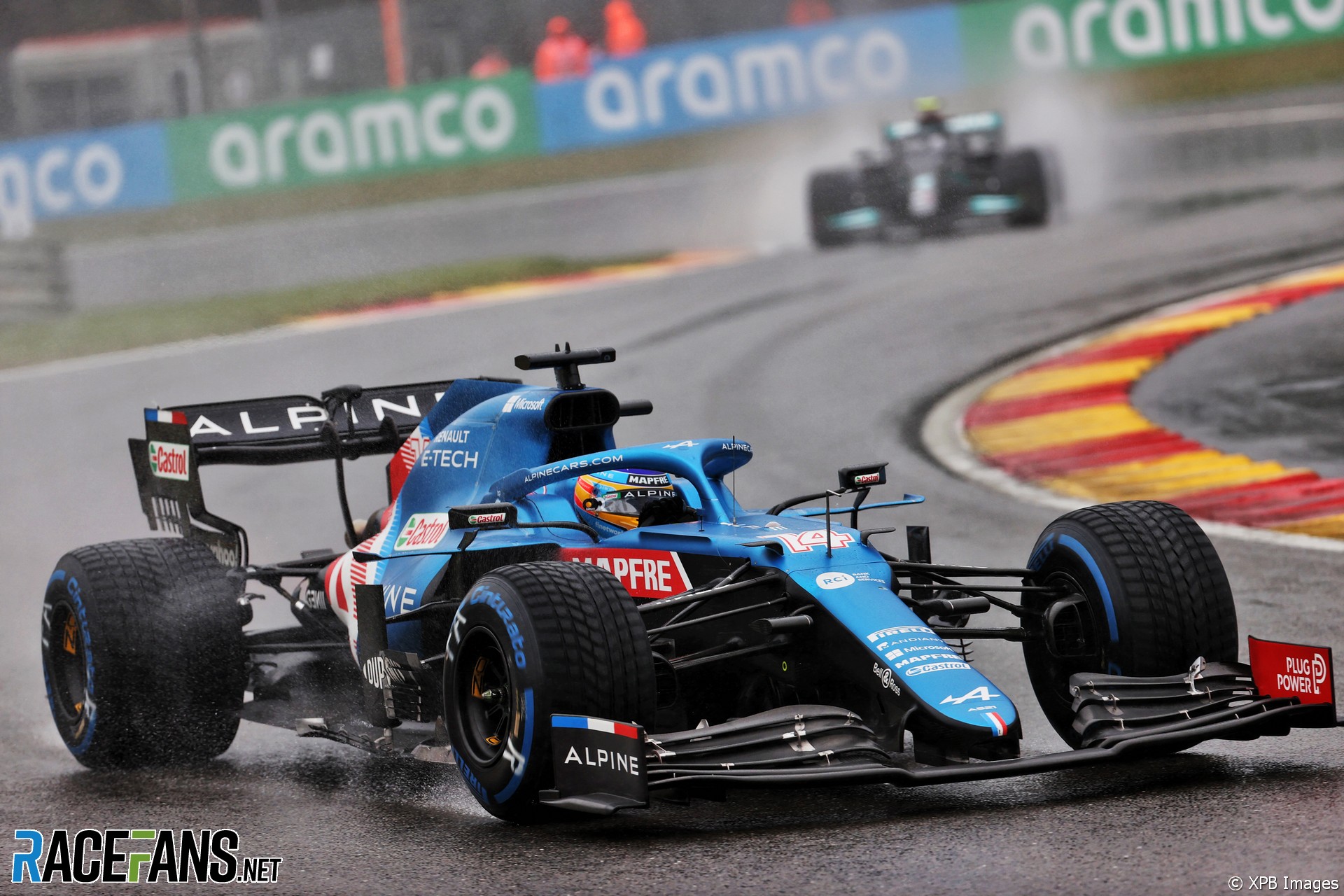 Fernando Alonso joined critics of Formula 1’s decision to award points despite no racing laps being completed at Spa-Francorchamps.

The Alpine driver also expressed his sympathy for the spectators at today’s rain-lashed race, which saw just a handful of laps run, all behind the Safety Car.

“It’s a sad feeling because I think the spectators were amazing all weekend, facing some bad weather but they were always supportive,” said Alonso. “It’s good to see the fans back after the pandemic, et cetera.

“They didn’t deserve this weather. It was no fault from anyone but we could not do any laps today.”

While Alonso said he agreed with the decision to abandon the race without having completed any racing laps, he criticised the FIA for awarding points to the drivers who finished in the top 10.

“The only thing that I don’t agree with is why they do two laps and they give the points. Because we didn’t race.

“We didn’t have the chance to score points, many people. I’m P11, I didn’t have any green light lap to score a point and we didn’t score so that’s shocking. But it’s their decision.

“[There] was no way we could race today as we showed. It was only red flag situation or behind Safety Car situation, as we did. So how you can give points to a non-race?”

Alonso suspects the late, two-lap restart at the end of the race was only done in order to complete sufficient laps for points to be awarded.

“They did the three laps just to give the points because the conditions were the same as before. So it was a strange show for sure.”