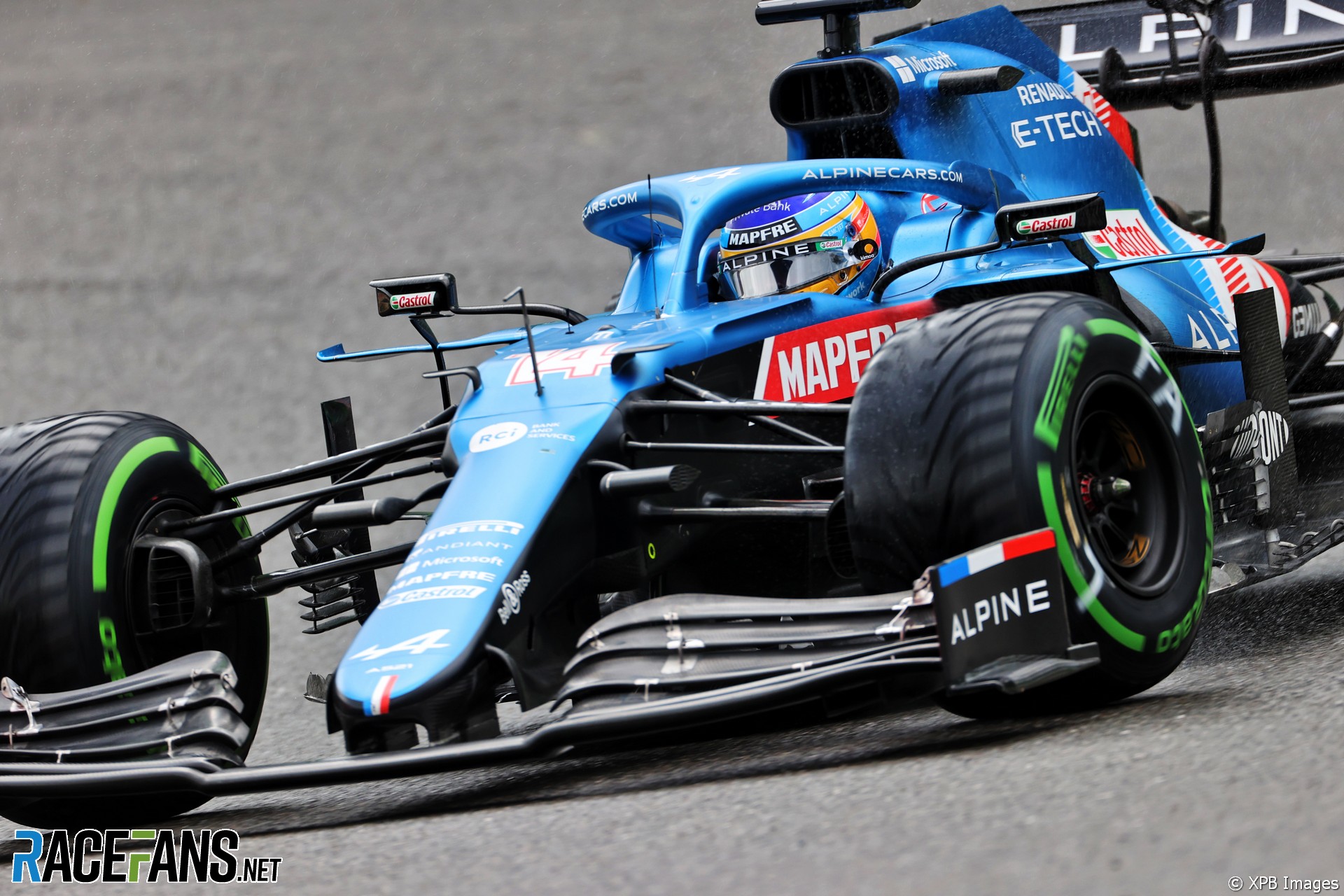 Alpine executive director Marcin Budkowski says that Alpine’s disappointing qualifying pace in the wet does not reflect their true potential around the Spa-Francorchamps circuit.

After taking a stunning victory at the Hungarian Grand Prix, Alpine began the second half of the 2021 season by securing eighth and 13th on the grid for Esteban Ocon and Fernando Alonso, respectively.

Despite Ocon being three seconds slower than George Russell in the Williams at the end of Q3, Budkowski believes that is a reflection of how their car struggles to extract the best out of Pirelli’s intermediate tyres.

“We had a pretty average qualifying really, couldn’t quite get the car to perform on the inter,” Budkowski explained. “It’s not completely clear to us, but we’ve had that in the past and it seems that our car doesn’t really like the inters.”

Both Ocon and Alonso pointed to their inability to extract the most out of the intermediate tyres as reason for why they were disappointed with their qualifying positions for this afternoon’s race.

Despite the inability to make the most of the intermediate tyre in changeable conditions, Alonso says he still sees opportunities for Alpine to exploit during what could be a rain-disrupted Belgian Grand Prix.

“The race with changeable conditions, it always will offer some possibilities to risk,” Alonso said. “And when you are in the front of the pack, you don’t take those risks. When you are at the back, you take some risks. And probably we are in that position.

“Sometimes you can gain a lot or lose a lot. But it will be a good race to learn and a good race for our team to progress for the future for sure. So we are willing to race hard and to be in the points. I think I’m starting 13th with Lando [Norris]’s problem, I guess, so we are three places only away from the points. So the seventh consecutive race in the points is the target tomorrow.”