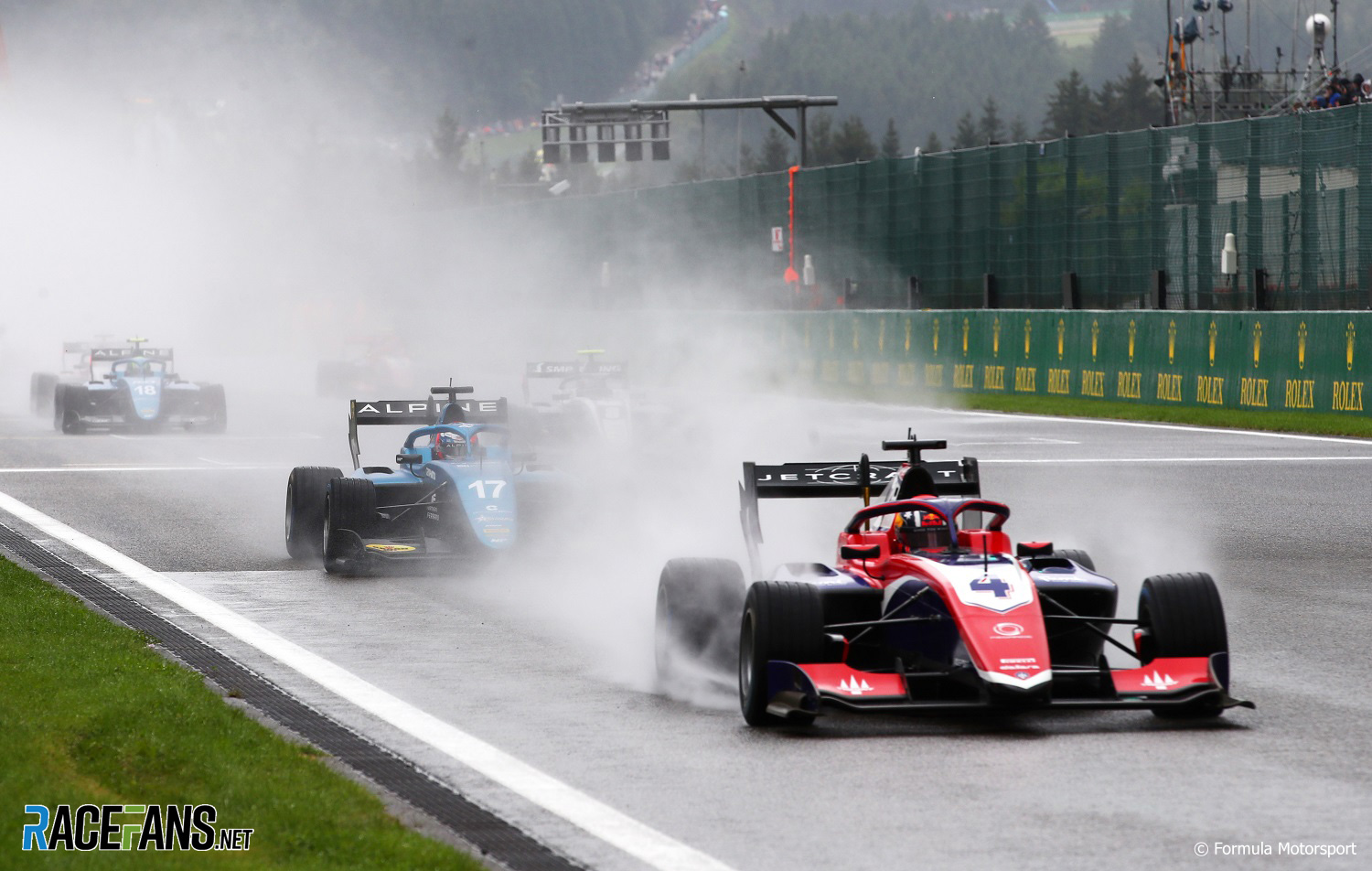 Jack Doohan, who came into the Belgian Grand Prix weekend trailing championship leader Dennis Hauger by 63 points, has slashed that gap to 25 with his second victory at Spa.

The Red Bull junior driver had been fastest during Friday qualifying, guaranteeing him pole for Sunday’s race and then despite a relatively anonymous Saturday morning race, managed to secure the partially-reversed grid pole for the afternoon and take a lights-to-flag victory. Now having taken another victory, despite a strong challenge from Victor Martins, Doohan has cut the points gap from 63 to 25 points, keeping the championship fight alive into F3’s final two rounds at Zandvoort next week and the Circuit of the Americas in October.

The final F3 race of the weekend started as the others had, in wet conditions and with poor visibility. This time cars started behind the Safety Car, with multiple laps being taken out of the race distance by repeated formation circulations.

When the race finally got underway, with 14 laps to go on full wet tyres, Doohan got away in the lead but Victor Martins stayed in hot pursuit from the very start of the race. Martins made a move around Pouhon for the lead on lap five but went off-track and was told by his team to return the position.

The final F3 race of the weekend was, despite the wet conditions, incident-free. The only significant contact was on lap three, between Matteo Nannini and Rafael Villagomez, resulting in a puncture for Nannini and ultimately a fairly anonymous retirement for Villagomez.

Doohan and Martins continued duelling, Doohan being forced to defend for every lap of the race. Martins told his team “I swear I will win this one” but it was not to be.

Martins and Hauger traded fastest lap throughout the race, Hauger having once again started outside the points after a weekend where his remarkable form through the first part of the season seemed to deserted him. He did, once again, put together a convincing charge through the field to make it up to eighth, taking the edge off the damage Doohan was able to do to his points lead.

Doohan took the flag, Martins behind him and with Aleksandr Smolyar completing the podium. Hauger came in behind Caio Collet, Clement Novalak, Frederik Vesti and Logan Sargeant, who he closed on rapidly after passing David Schumacher. Arthur Leclerc took 10th as Prema ended a weekend win-less for the first time this year.