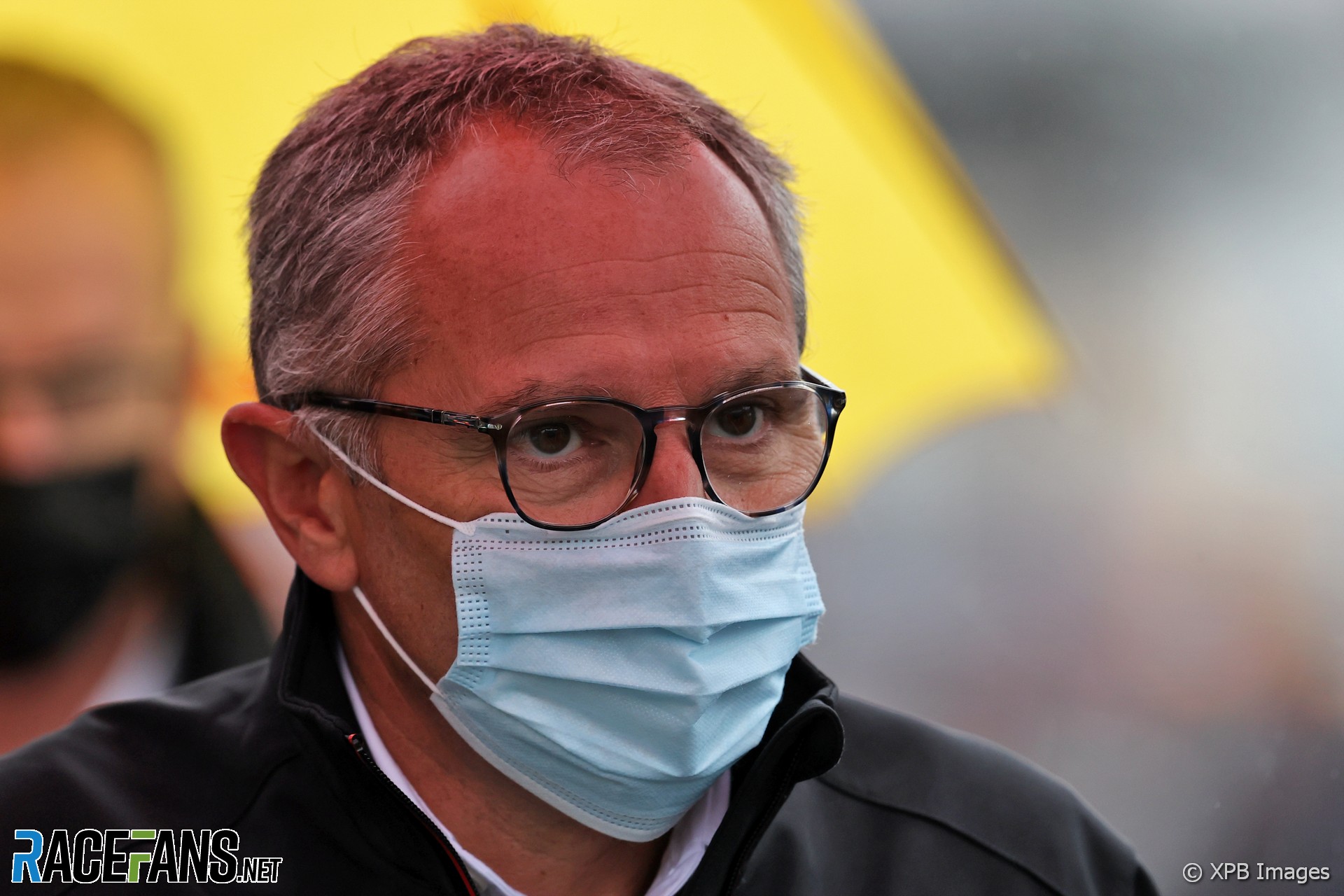 Formula 1 CEO Stefano Domenicali responded to calls for spectators at Spa-Francorchamps to be given refunds after today’s drastically shortened, rain-hit race.

Fans saw no laps of racing and just four slow tours behind the Safety Car as incessant rain fell from the start of the race until it was abandoned some four hours later.

Drivers such as Daniel Ricciardo have said those who came to the track deserve their money back. “I’d love for them to get refunded or compensated,” said the McLaren racer.

Lewis Hamilton was stinging in his criticism after the race and continued his attack on social media afterwards.

“Today was a farce and the only people to lose out are the fans who paid good money to watch us race,” said the Mercedes driver. “Of course you can’t do anything about the weather but we have sophisticated equipment to tell us what’s going on and it was clear the weather wasn’t going to let up.”

Hamilton was particularly unhappy the cars were sent out for two further laps behind the Safety Car, which achieved sufficient running for the FIA to award points, despite no racing having taken place.

“We were sent out for one reason and one reason only,” he said. “Two laps behind a Safety Car where there is no possibility to gain or lose a place or provide entertainment to fans isn’t racing.

“We should have just called it quits, not risked the drivers and most importantly refunded the fans who are the heart of our sport.”

Asked whether he supported the calls for refunds, Domenicali said “no I don’t”, however he indicated some form of compensation could be offered by the promoter, who handles ticket sales.

“Unfortunately the race is not there. You can pay the ticket and then [it is] what it is. At the end of the day for sure the organiser, together with us, will consider the attention, the maximum attention to the fans, that’s for sure.” Domenicali and the promoters are understood to be looking at a number of different options.

Asked by RaceFans if he had a message for those who attended the race, Domenicali said: “The message is clear: that, unfortunately, we don’t control the time. And two laps or no laps, the spend [on holding the race] was there.”

Race control “tried to do the maximum” to hold the race, he added. “So, as I said, it’s not a problem of laps or not laps, it’s the unfortunate conditions.

“You need to consider the safety for everyone and that’s very, very important. So as I said, the first to be disappointed is me because I love racing but there are also conditions which you cannot do it.”