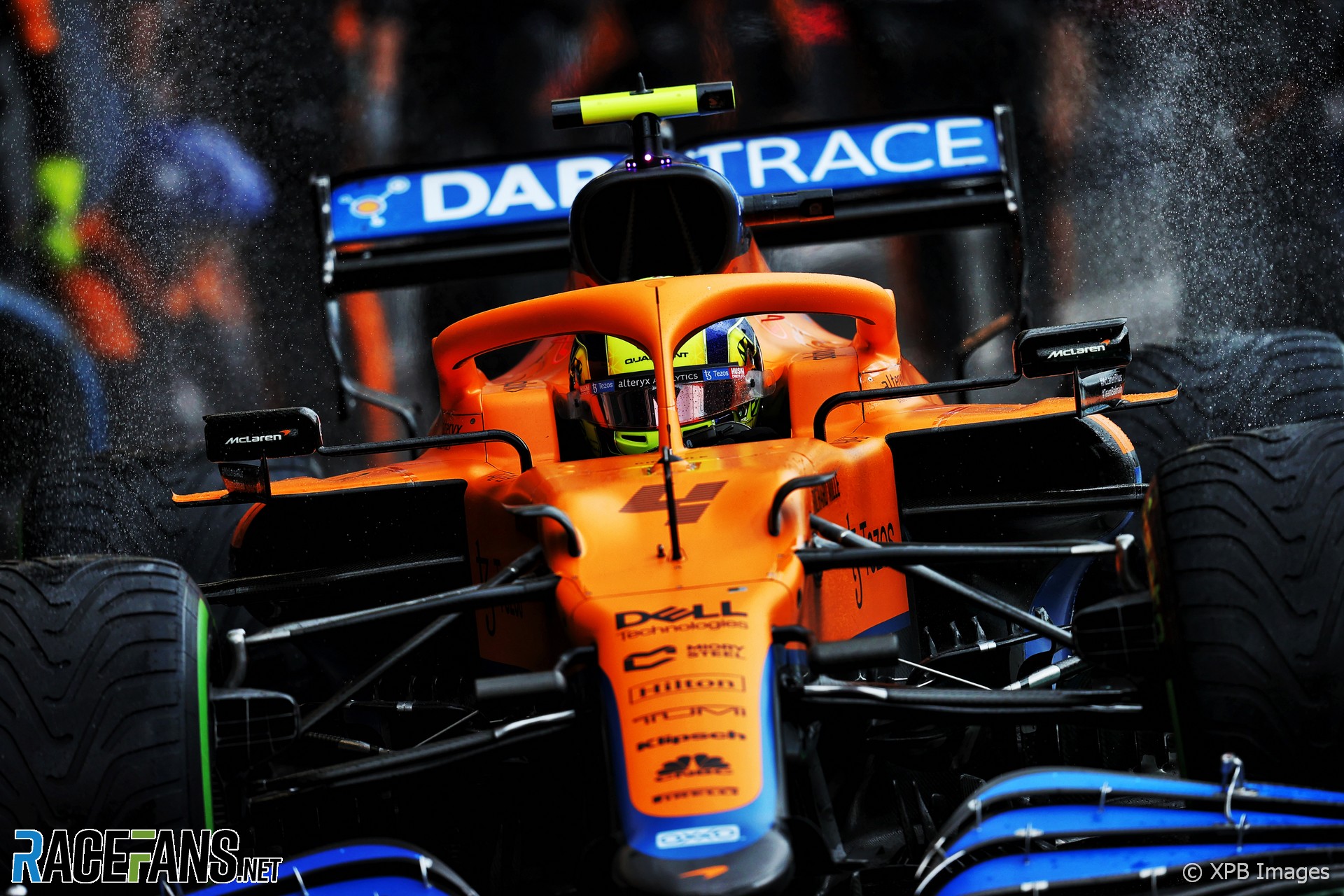 Lando Norris is expected to start the Belgian Grand Prix from 14th place on the grid after a grid penalty for a gearbox change.

McLaren confirmed the transmission will be replaced on Norris’ MCL35M, which he crashed heavily at Raidillon yesterday. As he previous unit had not completed six consecutive events, he therefore will incur an automatic five-place grid penalty.

The crash caused significant damage to the rear of Norris’ car. However the team had not indicated any of the other parts it will replace on his car are likely to attract a penalty.

Norris did not set a time in Q3 due to the crash and originally qualified 10th. He is therefore set to start from 15th position in his repaired car.

Following the crash, Norris was taken to hospital and cleared to participate in today’s race. “I’m okay, obviously, the car wasn’t and the boys have got a big job to do to put everything to back to how it should be,” he said yesterday.

“At Spa anything can happen and we obviously had good pace, the car was was really nice to drive,” he added. “Hopefully it’s not too bad [in the race] and I can try to come back through.”