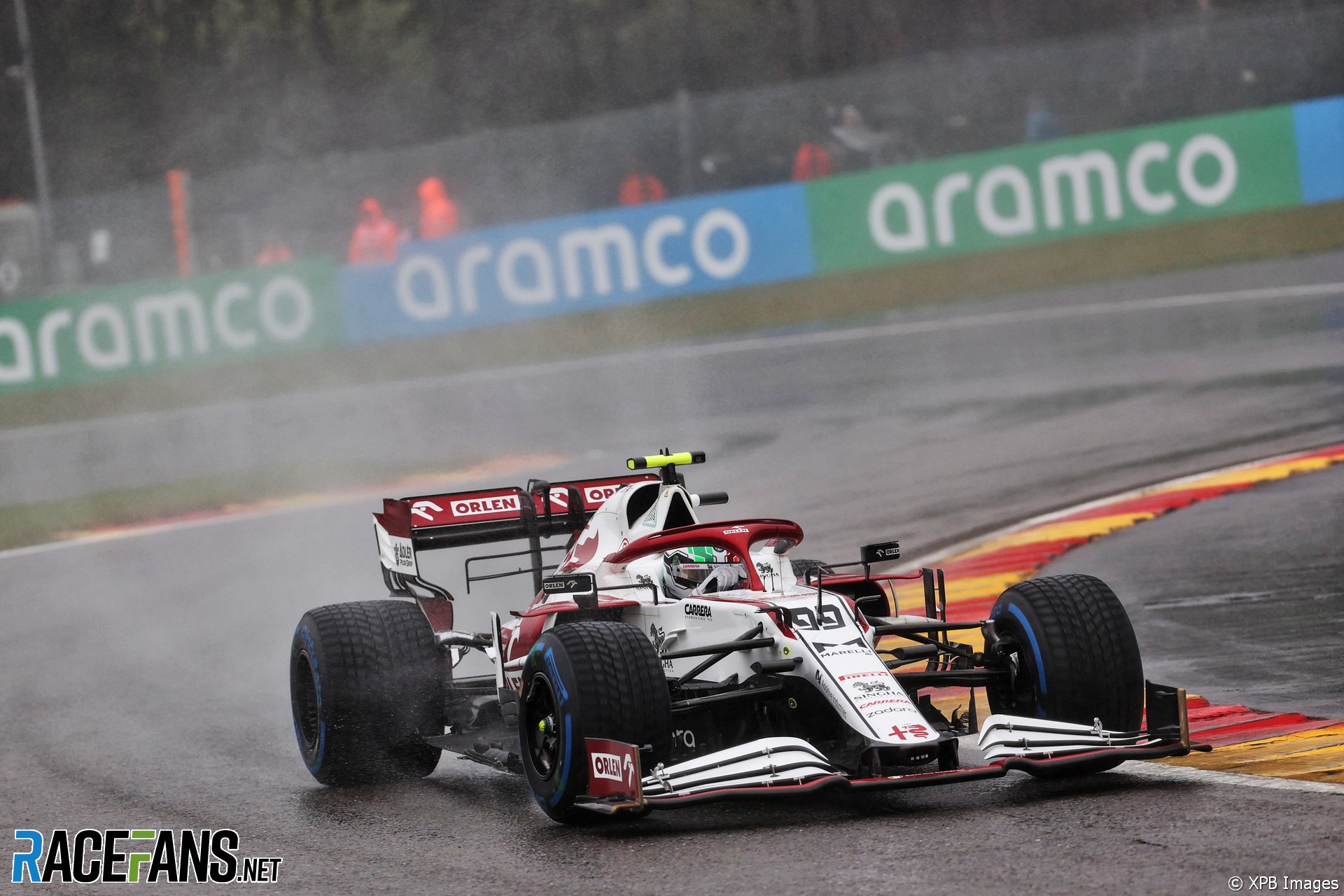 The race was abandoned after just three laps of running, all behind the Safety Car, and points awarded on the basis of a single lap.

While supporting F1’s decision not to race given the conditions, Alfa Romeo said the series should have abandoned its attempt to hold the grand prix.

“A huge thank you to all the incredible fans that spent hours in the elements for the race to start,” it said in a statement. “With your patience and determination, you are the true ‘Drivers of the Day’.

“For months, we have been looking forward to having the stands full of fans supporting our team and our sport: unfortunately, we weren’t able to put up a show for you yesterday.

“The decision not to race in these conditions was the right one, in the interest of protecting the safety of the drivers, the marshals and the spectators themselves.

“However, the situation would have been dealt with a lot more appropriately by not having at all the ‘race’ we witnessed yesterday: this outcome hurts us all, but in particular it hurts fans of the sport, who didn’t get the show they came to see.”

Formula 1 should reconsider how it handles similar races in future, the team said.

“We hope lessons were learnt yesterday, lessons that will improve the way we operate in the future and that put the supporters of our sport in the position they deserve to be.

“Once again, our genuine thanks go to all the fans — you were the ones to truly shine yesterday in Spa.”

The team’s drivers Antonio Giovinazzi and Kimi Raikkonen lined up 14th and 20th respectively for the race and were classified 13th and 18th on the basis of a single lap of running. Along with Haas, Alfa Romeo were the only team not to score points.

Their next-closest rivals, Williams, scored 10 points, doubling its haul for the season and virtually ending Alfa Romeo’s hopes of beating them to eighth in the championship.