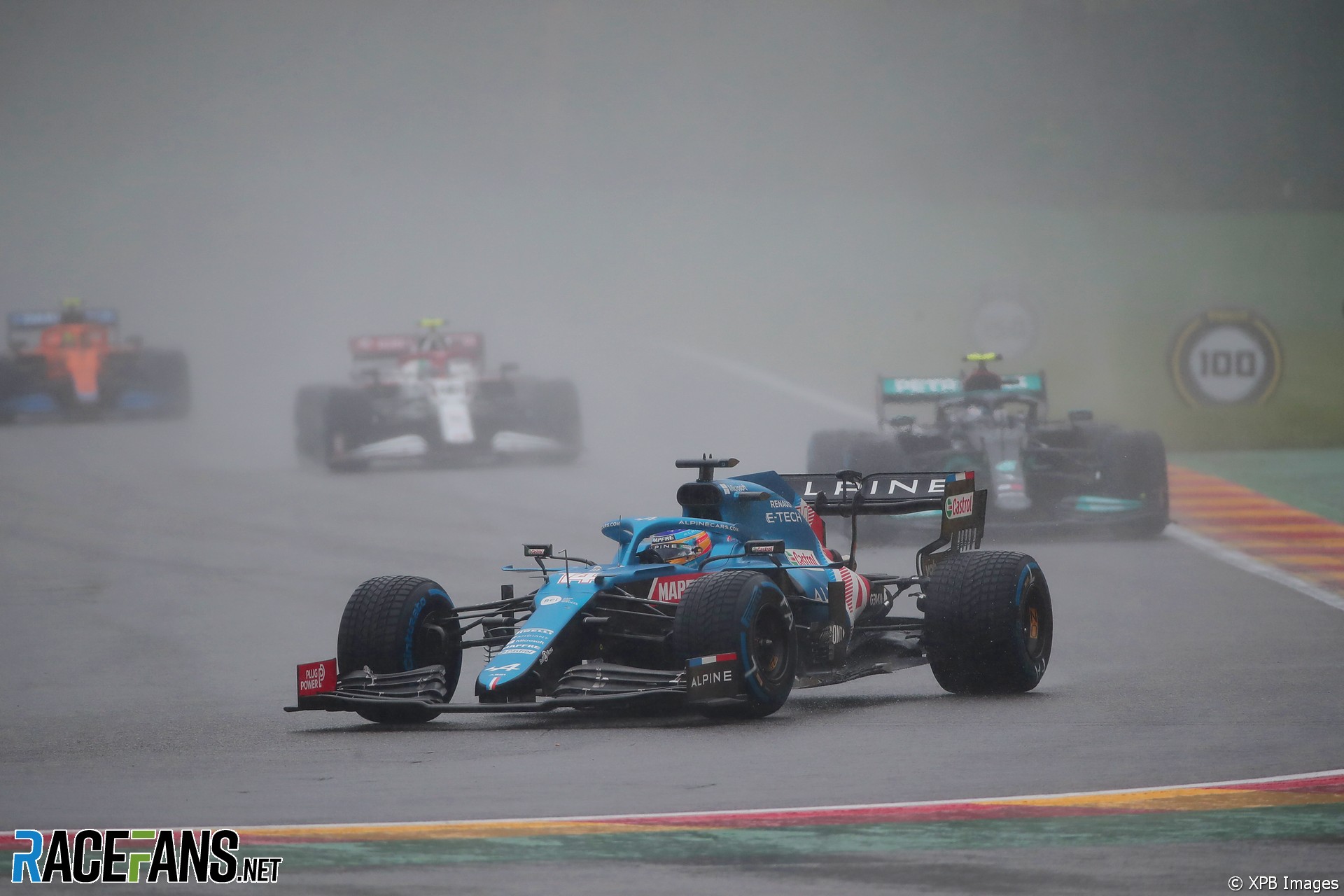 Formula 1 will consider changes to its rules in light of yesterday’s controversial Belgian Grand Prix, where points were awarded despite no racing laps being completed.

Several drivers criticised the decision to award points despite the fact no green-flag running had taken place. Fernando Alonso, who finished 11th, called the decision “shocking”, while fifth-placed Sebastian Vettel described it as “a joke”.

The race also saw confusion over the number of laps which had been completed and whether Sergio Perez was allowed to rejoin proceedings after crashing on his reconaissance lap.

FIA Formula 1 race director Michael Masi described it as “probably the most hectic day in my role, not only as race director but as the safety delegate.”

As heavy rain pelted the circuit for hours, only one formation lap and three laps of running were completed, all behind the Safety Car. While other series require green flag running to be completed before points can be awarded, F1 has no such rule.

Asked by RaceFans whether it would be considered for the future, Masi said: “I think after this weekend and at our next meeting for next year, we’ll look at a whole lot of things that we can all look at to see what everyone wants.

“We’re at one of those points that the FIA works with all 10 teams in F1 to develop the regulations. And so we’ll go through all the various scenarios and see what everyone thinks.”

Any rules changes could come into force for next year providing teams are in agreement. “There is very much collaboration and a willingness to improve from everyone involved,” said Masi. “So if that’s a desired approach, then we’ll look and consider everything and then each and every matter is dealt with on its merits.”

Perez’s unexpected re-entry into the race, once Red Bull had used the delay to the start to repair his car, was “on the quirky list of not anticipated” developments, Masi admitted.

“We’re testing all elements of the regulations and seeing what areas we can improve and develop for each event,” he added. “And we learned a few more things here today that we will improve for the future together as a collective, working with all 10 teams.”