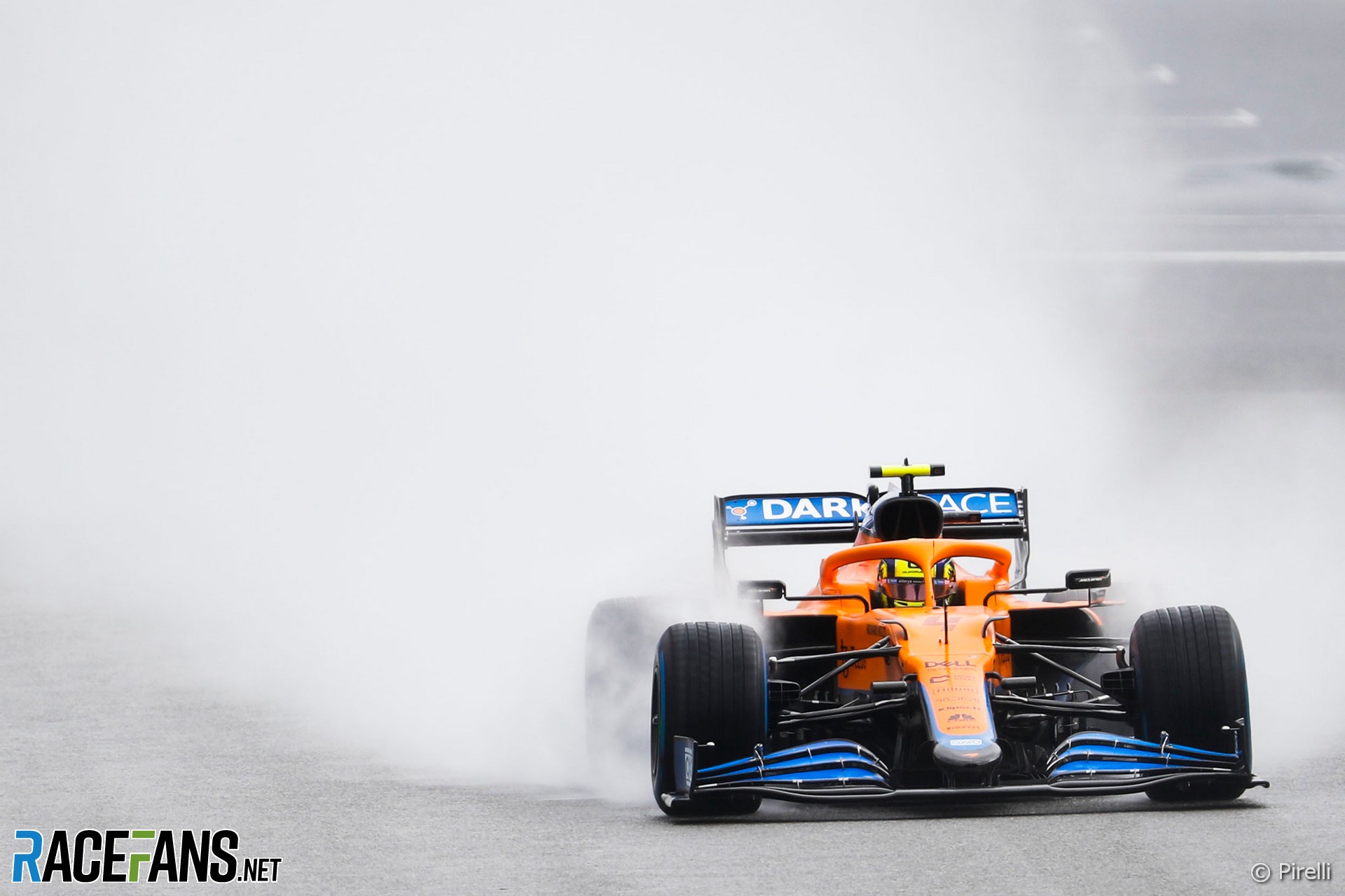 Lando Norris said his heavy crash in qualifying for the Belgian Grand Prix hasn’t put him off his stride.

The McLaren driver admitted the huge shunt at Raidillon in wet conditions during qualifying would have made a greater dent in his confidence earlier in his Formula 1 career.

“It’s my third year, I’m a lot more experienced but more importantly I have a lot more confidence this year that I did the last two,” said Norris. “I’m just in a better place mentally and just with my state of where I am in Formula 1.

“Now I know it was more because – well, I was pushing and taking risks and stuff and I know it was for a ‘good’ reason in a way that I crashed.”

While Norris admitted he took risks on his run as the track became increasingly wet in Q3 at Spa, he said he was satisfied he hadn’t done anything wrong.

“I just feel like coming into this weekend if it was last year or year one I would have been a lot more worried and maybe then taking it a lot more cautious and things like that.

“But I don’t feel like I did anything wrong with my approach to that qualifying or that lap or anything. And I’m happy to do exactly the same and take the same risks this weekend.”

Norris was quickest in the first and second parts of qualifying before he crashed. He said he was feeling at one with his car before he went off.

“The wet conditions are where more drivers can show a bit more their potential and it’s not as dependent on the car as compared to what the dry conditions are. So it’s where you can make big differences and sometimes you can take bigger risks and things like that.

“I was just in a very confident place. I was there in Formula 3 in the wet and it was pretty quick. So my knowledge and my confidence was just high and I knew what I needed to do to be quick.

“Until that point I didn’t feel like I was taking any extraordinary risks or anything. It was just I was at one with the car and confident with the braking and things like that, which can make a massive difference in the wet. The car was giving me that confidence, obviously, to be able to do it.”

However he isn’t dwelling on a potential lost pole position and even race victory.

“I don’t know if I would have got pole or not. Every situation is different. The conditions were changing and so on. But it tended to be the wetter it was, the better we were and the quicker we were relative to other people. And I want to be confident I could have had a very good result.

“I would hate to say I could have been pole because I just felt I missed out on, not like a win because I wouldn’t class it as a an outright win, but just a good result and ending up 14th or whatever I was makes me feel a lot sadder.”