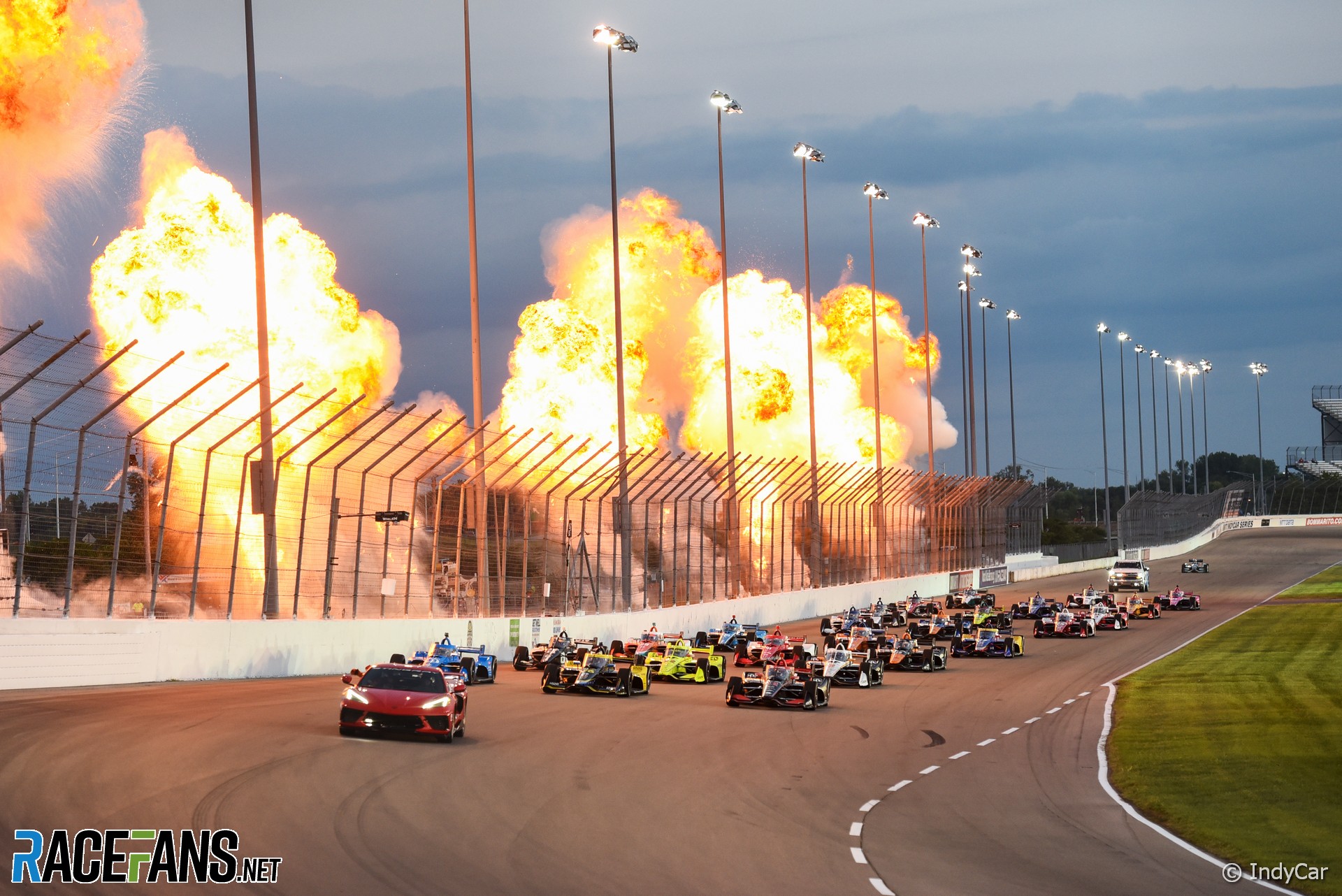 The return of Iowa Speedway to the calendar beginning in 2022 is a positive sign for IndyCar fans who have sought more equity between oval, road and street courses on the calendar in recent years.

IndyCar president Roger Penske spoke during a joint press conference on 19 August, welcoming Iowa back to the calendar after its absence from the 2021 schedule. “Over the years, Iowa has proven to be a fitting showcase for North America’s premier open-wheel series. A key oval and a hallmark on our schedule, we deeply missed seeing our fans in Iowa this year and look forward to what’s ahead,” remarked Penske.

Penske echoed the sentiments of fans and drivers alike who have grown to love the seven-eighths mile oval in Newton, Iowa during its first stint on the calendar from 2007 until 2020. It is the shining example of a prototypical short oval for IndyCar, one that allows for multiple racing lines and close quarters action on the track, while consistently being able to fill all or at least most of the grandstands to their 30,000 spectator capacity every year prior to 2020.

And more short ovals like Iowa, or the two-kilometre / 1.25 mile oval at Gateway, are exactly what IndyCar could use in order to ease the minds of prospective drivers and fans alike. Save for the Indianapolis 500, the only other superspeedway on the 2021 calendar is the 2.4km / 1.5 mile Texas Motor Speedway. The quality of racing at Texas has suffered in recent years, and glimpses at the grandstands during a race suggest that annual attendance has been equally lacking.

When the racing hasn’t been processional, Texas has a reputation – going back to the aborted 2001 CART race and the heyday of the rival Indy Racing League – of being a dangerous circuit where high average speeds often result in crashes. Fairly or not, concerns over safety and attendance have also lingered around former IndyCar superspeedways such as Las Vegas Motor Speedway, Pocono Raceway, and California Speedway in Fontana – all of which have been dropped from the calendar within the last decade.

Some drivers deemed that risk excessive, however there has been signs of a softening in attitudes. Romain Grosjean had to convince himself and his family that running the Gateway 500 was worth the risk in light of his Bahrain Grand Prix crash last December. Jimmie Johnson, who curiously decided on a road-and-street-only schedule for 2021 after spending two decades in the oval-centric NASCAR Cup Series, tested an IndyCar on an oval this week.

Others remain oval-averse. Carlin driver Max Chilton decided in 2019 not to take part in oval races apart from the Indianapolis 500. Mike Conway swore them off entirely after the 2012 season before eventually leaving the series after 2014.

What’s more, prospective IndyCar drivers with road racing backgrounds have been deterred in recent years from risking injury on ovals. One recent example was Nico Hulkenberg, who looked at IndyCar as an option for his post-F1 career in 2020 – but explicitly stated that he wanted to stick to road and street courses if he made the switch.

Short ovals like Iowa and Gateway are not completely free of risk from airborne crashes or injuries, but the reduced average speeds around these circuits make them a less hazardous alternative to the 1.5 mile and up superspeedways that once made up the bulk of the IRL’s all-oval calendar.

But even for all of the successes that Iowa and Gateway have had in drawing spectators, even other short ovals have had difficulty maintaining a long-term presence on the IndyCar calendar.

New Hampshire Motor Speedway was absent from the IndyCar calendar for over a decade, returned in 2011, then was dropped after one farcical and financially insolvent race. Richmond Raceway in Virginia never even had a chance: The planned return to the three-quarter mile bullring for the 2020 season was called off due to Covid-19 related restrictions, and there was seemingly no interest in trying again this season.

But for the foremost examples of short ovals struggling to stay on the IndyCar calendar, look no further than two one-mile ovals rich in American open-wheel racing history which have fallen to the wayside in the past decade: The Milwaukee Mile in Wisconsin – reputedly the oldest operating speedway in the world – and Phoenix Raceway in Arizona.

Dwindling attendance had a part in Milwaukee’s disappearance from the calendar after 2015, and Phoenix falling off after 2018, just two years after its IndyCar race was revived. Phoenix was also hampered by processional racing, which some observers blame on a NASCAR-centric reprofiling of the circuit in 2011. Milwaukee hadn’t changed its layout in that time, but their IndyCar future was also cut short after a promoter couldn’t be found to replace Andretti Sports Marketing – which was sold off by Michael Andretti in 2015.

In the case of the Milwaukee Mile, the 108-year-old circuit nearly shut its doors for good after losing their place on the IndyCar calendar. Another historic one-mile oval with an IndyCar history, Nazareth Speedway in Pennsylvania, shut its doors in 2004 – and now sits in a perpetual state of decay.

That same fate nearly befell both Gateway – which temporarily closed in 2010 and didn’t have an IndyCar date from 2004 until its successful revival in 2017 – and Iowa, which held a double-header in 2020 with no title sponsor and just 5,000 spectators per race day due to Covid-19 restrictions. IndyCar had to pay every cost associated with the 2020 event, including leasing the venue from its owners, NASCAR (who bought Iowa Speedway in 2013 and operate the circuit under subsidiary company Iowa Speedway, LLC).

It was understandable then that, facing those same difficult circumstances, the event couldn’t be held in 2021. The loss of IndyCar prompted speculation over the circuit’s future, which is why it was so important to secure midwestern supermarket chain Hy-Vee as a long-term title sponsor for Iowa’s two races starting next year.

Does IndyCar’s pending return to Iowa Speedway and the annual success of Gateway, mean that a renaissance of short oval racing is imminent? Not necessarily. These two venues have been the successful exceptions that have stood out among several recent failures, if anything.

But it is clear that Roger Penske wants more ovals on the IndyCar calendar in the future, and has gone on the record several times during his brief tenure as IndyCar owner to get that point across.

Adding more short ovals to the calendar would help bring IndyCar back to that diversity of racing disciplines they enjoyed before the split of 1996, as well as the short term after reunification in 2008.

It could also help ease the minds of talent that wants to come to IndyCar, but may feel that superspeedway racing is a risk too great to accept. An over-supply of talent in Formula 1 has seen ex-grand prix racers Grosjean and Kevin Magnussen, plus top Formula 2 racers Christian Lundgaard and Callum Ilott enter the series this year, the latter at Portland next weekend.

But in order to make that a viable plan for the future, IndyCar has to figure out what went wrong with so many failed events at short ovals in recent years, and convince spectators to turn out – and keep turning out – to these potential events when they had no incentive to do so before.