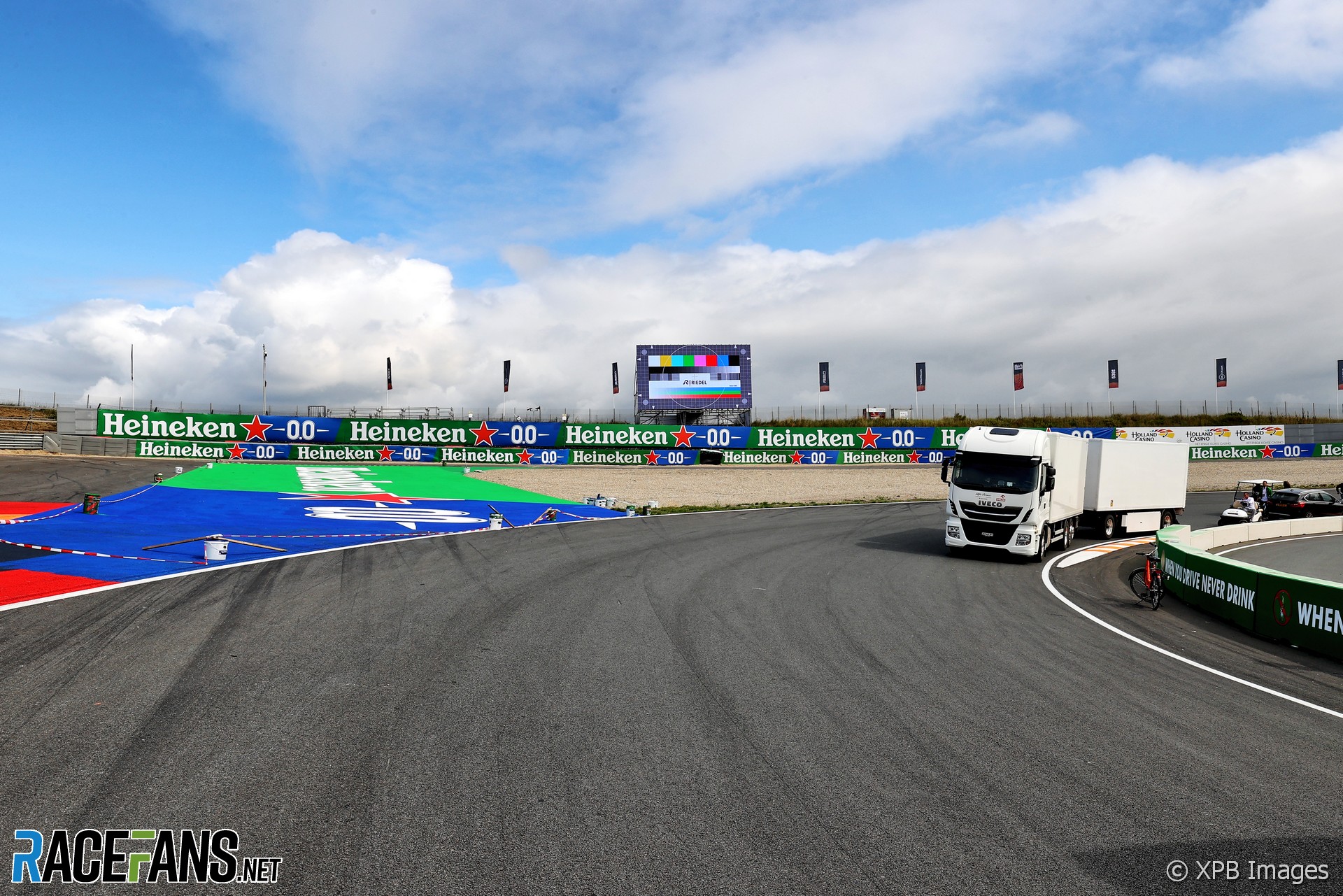 After downpours prevented Formula 1 from running a single racing lap at Spa-Francorchamps, this weekend’s Dutch Grand Prix is mercifully expected to remain dry.

The official FIA weather forecast indicates no risk of rain for each of the three days of track action at Zandvoort, where F1 is racing for the first time since 1985.

A somewhat cool weekend is expected at the town beside the North Sea. Friday will start off cloudy with occasional outbreaks of sunshine, followed by an increasingly overcast afternoon. Minimum air temperatures of 15C will rise to a modest high of 18C.

The cloud cover will linger into Saturday’s final practice session. Ahead of qualifying conditions will brighten up with some breaks in the clouds appearing in the afternoon. That should mean warmer track surface temperatures as the drivers head out to qualify. Saturday’s ambient temperatures will be similar to Friday, with lows of 13C and highs of 19C.

Race day is set to be the warmest and brightest of the weekend. Sunny skies with just a few clouds will greet teams in the morning, though conditions will be slightly more overcast ahead of the race start time.

At this stage, track conditions on Sunday aren’t expected to be wildly different to what teams encounter on Friday. Race day will be a little warmer, with air temperatures reaching 21C.

Despite the circuit’s proximity to the sea, the wind speeds should be relatively low, blowing south-westerly at up to 15kph. However the traditional problem at Zandvoort has been what the wind brings with it – sand from the nearby beaches, which can make for unexpected deteriorations in grip levels.