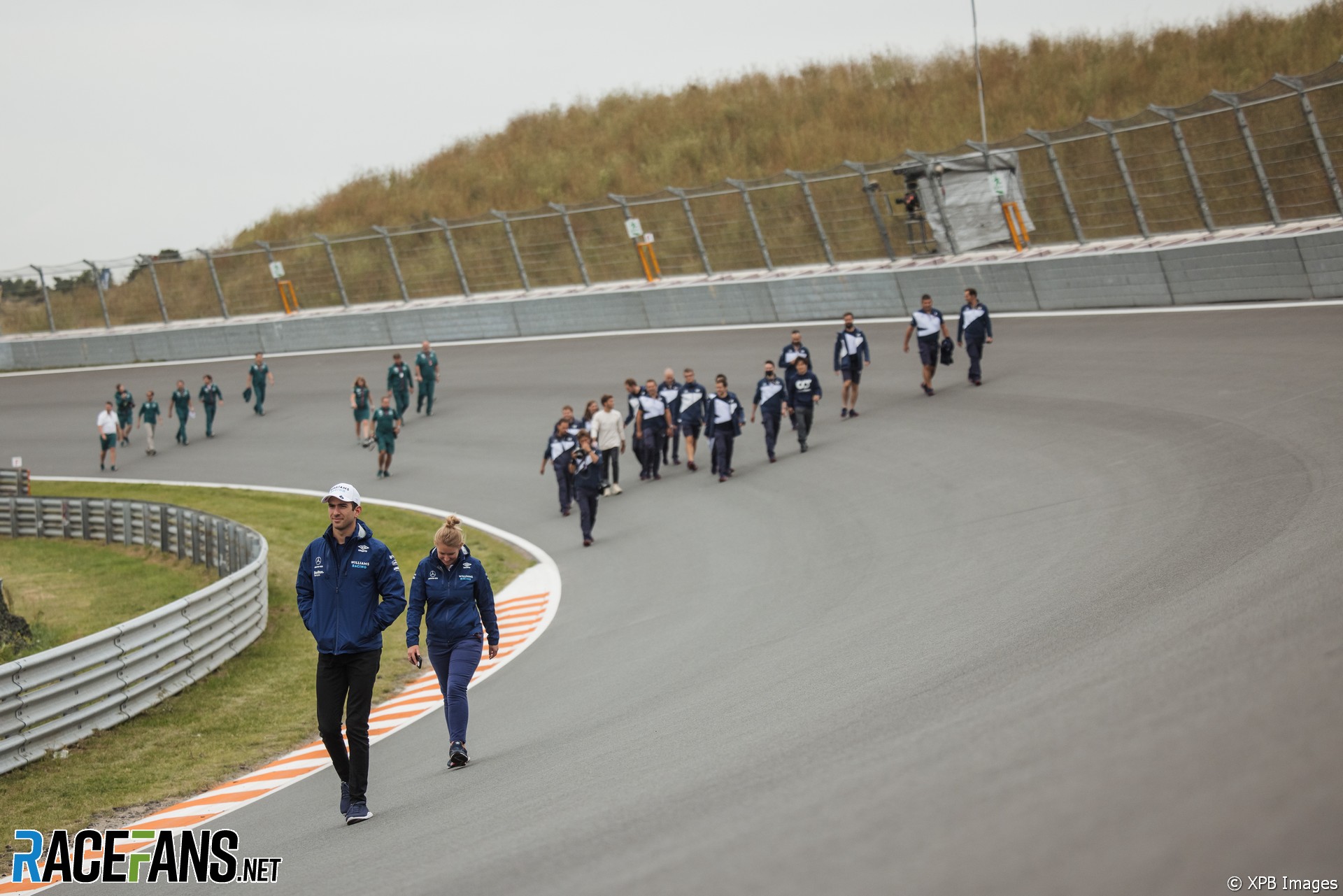 Formula 1 has returned to the Netherlands, but even drivers who raced at Zandvoort recently have discovered the track is not quite as they remember it.

Of course there aren’t any drivers on the today’s grid who raced on the original 4.2-kilometre circuit which held F1’s previous Dutch Grand Prix 36 years ago. The modern track – seven metres longer despite its more compact layout – opened in 2001. It follows the same course through its first seven corners, from Tarzan to Scheivlak. But beyond that point all changed following Niki Lauda’s 1985 victory.

The truncated version which replaced the old course is familiar to many current F1 drivers from their days in Formula 3 and other series. Its narrow confines, limited run-off and spectacularly fast corners left an impression on many of them.

Esteban Ocon, who raced at Zandvoort in the DTM, described it as a track unlike others he has tackled. “It’s such an old-school track the corners characteristic you don’t find really anywhere,” he said. “The banking that there is now since the work has been done, it’s even more impressive. I’ve just done the track walk and to be honest I can’t wait to tackle the track because it’s going to be crazy in a Formula 1 car.”

The banked corners are the signature change of the circuit’s overhaul by Italian circuit design company Dromo. The firm previously handled track alterations at Silverstone and Sepang among others, but this ranks as one of their more ambitious overhauls.

“Thanks to Zandvoort management we were able to design and build extreme geometries, under the strict control of FIA, that will now allow the drivers to feel something they never felt in a race circuit,” said designer Jarno Zaffelli.

Turns three and 14, named after track designer John Hugenholtz and two-times Indianapolis 500 winner Arie Luyendyk respectively, have both been steeply banked. Turn 14 will be taken flat-out, is banked at 18 degrees, and the plan is for the DRS zone to be extended and begin before the corner to maximise overtaking opportunities. Whether that will be possible this year will be decided after Friday’s practice sessions.

The steepness of the banking at these two corners will pose a set-up conundrum for teams, as noted by Fernando Alonso, one of few drivers who hasn’t raced at Zandvoort before.

“It’s going to be interesting to see the cars running on that kind of banking,” said the Alpine driver. “Obviously Formula 1 cars are not made for this inclination on the corner so in terms of floor touching or front wing or whatever there are things that we will learn tomorrow for the first time.”

The tyres will also take a pounding through Zandvoort’s banked corner. F1 has an unfortunate history in this regard – 14 out of 20 cars withdrew from the 2005 United States Grand Prix when their Michelin tyres proved unable to cope with a banking half as steep as Zandvoort’s two reprofiled corners. Dromo predicted F1’s tyres “will have to withstand the heaviest vertical loads of the season” at Zandvoort.

Nonetheless, having developed special tyres for the circuit last year, Pirelli is satisfied its 2021 constructions will be up to the task and decided against doing the same this year. Its head of motorsport Mario Isola predicted the forced encountered at Zandvoort will be lower than at other tyre-punishing tracks, such as Silverstone.

From turn three the drivers hit the quickest section of the track, which Lewis Hamilton revelled in during his Formula 3 days. “I loved racing here,” said the Mercedes driver, who clinched the F3 Euroseries title with victory at Zandvoort from pole position in 2005.

“But nonetheless it was massively challenging. After turn three, through that first complex up the hill, down into that long, fast right-hander, you’re looking in the sky for a second and you couldn’t see the dirt on the left-hand side, it was difficult to know where you were. Winning the Marlboro Masters here was pretty special back then.”

The right-hander is turn seven, Scheivlak, where Formula 1 cars should reach at eye-popping speeds and turn in with little if any deceleration. Here the challenge for the circuits designers was how to make such a corner safe for F1 cars. This has again been done using banking, but not the track itself, but the gravel trap which borders it, awaiting any driver who runs wide. The run-off climbs by 10 metres to aid deceleration of any cars which spin off.

When Zandvoort’s return to the Formula 1 calendar was announced in 2019 some drivers expected its gravel traps would quickly be replaced by the ubiquitous asphalt run-off. This largely hasn’t happened.

During its facelift some corners acquired partial asphalt run-offs which provide routes for drivers to return to the track if they go off. However drivers who stray wide at pretty much any point on the track will still face a time-sapping trip through the gravel. According to Zaffelli, the impetus to keep the “heritage” gravel traps came from F1.

Following the rollercoaster run to and through Scheivlak, the next section of the track is largely flat. Teams will have to find the best possible compromise between a car which worked in the banked corners and one which is stable in these quick, flat corners.

A DRS zone leads the cars into turns 11 and 12, Hans Ernst, where the entry is difficult to pick out in a single seater cockpit and the gravel extends up to the kerb, waiting to catch a driver out.

From turn 13, named after a tyre brand, the drivers will be flat-out for one kilometre as they round the final corner and sprint down the pit straight back into Tarzan, turn one, the likeliest overtaking spot on the lap. It will be a more realistic overtaking opportunity if the DRS zone is extended, but passing is going to be tough.

Even the championship contenders, who usually spurn track walks, made a point of scrutinising the latest addition to the F1 calendar on Thursday. Alonso, another recent convert to track walks, did likewise and sampled it in Alpine’s simulator. He predicted the track will prove “tough and demanding.”

“There is no run-off area, no room for mistake and quite high speed corners,” he said. “So if you put one wheel on the grass or on the gravel, that’s it. And the walls are very close as well. So it will be very demanding weekend for everyone.”