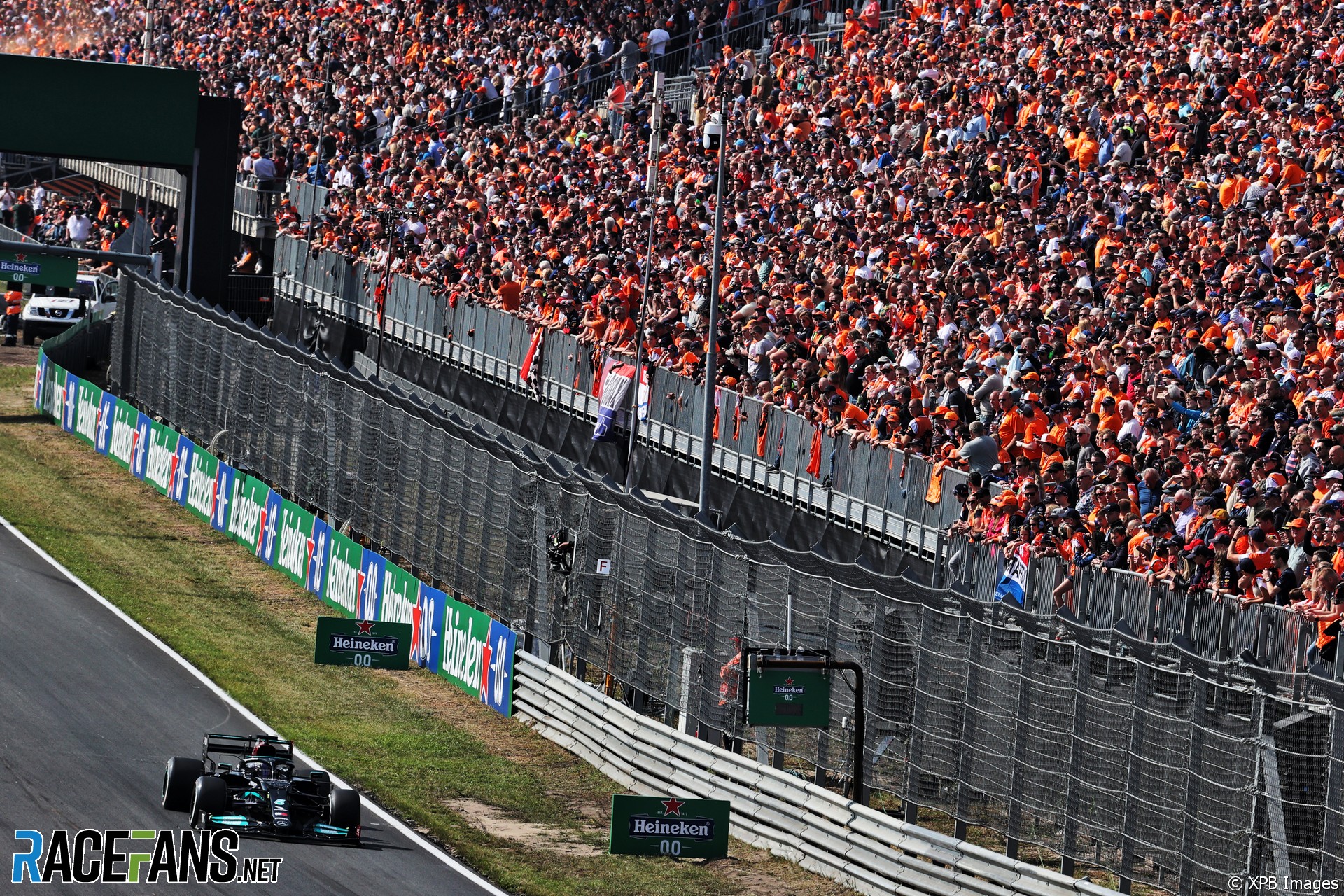 Lewis Hamilton set the fastest time in the first practice session for the Dutch Grand Prix at Zandvoort.

However the one-hour session was cut to just 22 minutes of green flag running after Sebastian Vettel’s car came to a stop at at pit lane exit with a power unit failure.

Vettel headed back into the garage for the team to make repairs and was sent back out, however, his car stopped at the pit lane exit and Vettel got out to ask a marshal for a fire extinguisher. A red flag was called while Vettel’s car was retrieved but the situation rapidly seemed to deteriorate with marshals unable to recover it.

A marshal wearing electrical safety gear eventually was able to secure the car, the ERS light on which indicated it was potentially ‘live’, and it was brought back to the garages after more than 30 minutes of stoppage.

After 38 minutes of stoppage time, drivers were told they could go back out for the final six minutes of running. All drivers went out on soft tyres for their last runs.

Lando Norris had set the quickest time of the session while Vettel was in the pits before the red flag. That pegged back Verstappen’s early effort on medium tyres.

After the session restarted the McLaren driver went off at turn 13 on the session restart, running through the gravel. He got into further difficulties when he returned to the corner later in the session and encountered Esteban Ocon on the short straight before it. The Alpine driver, seemingly preoccupied with Sergio Perez in his mirrors, moved towards the racing line and nearly collided with Norris, forcing him onto the grass.

During the final flurry of laps Hamilton set the quickest time and Verstappen was unable to beat it as he also dodged his way through traffic. The Ferrari pair came next, followed by Valtteri Bottas and the Alpine duo. Antonio Giovinazzi saw the rare heights of eighth in his Alfa Romeo, followed by Lance Stroll who complained about traffic, and Pierre Gasly.

Yuki Tsunoda in the second AlphaTauri was the only driver who failed to set a time. The rookie, who had never driven at Zandvoort before today, had a spin at turn nine on his out-lap while carrying an aero rake on his AT02, though it proved largely harmless.