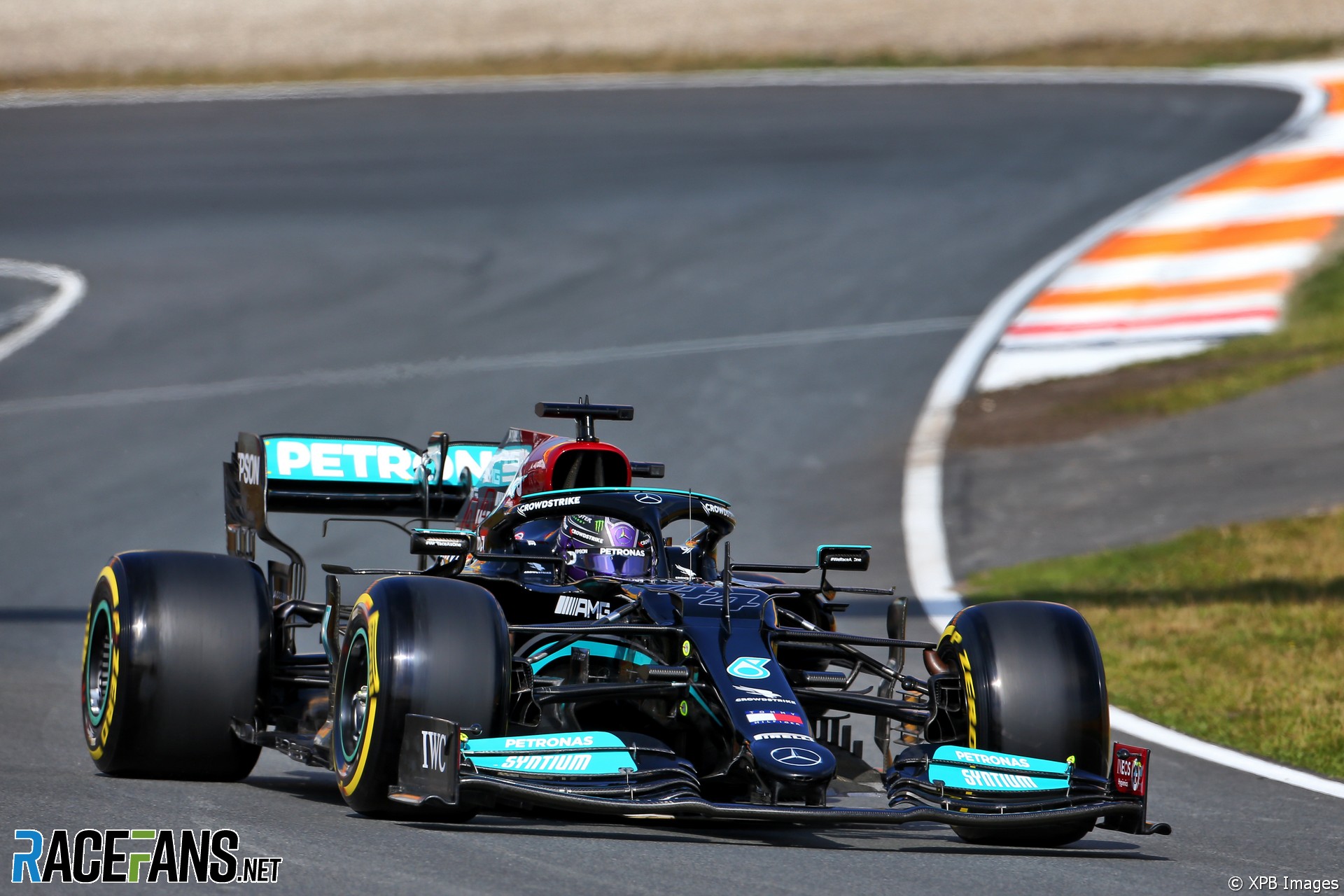 Heavily disrupted sessions meant few cars show their true pace on Friday at Zandvoort. The tight confines of the circuit meant sessions were stopped rather than slowed when incidents occurred – and several did.

The two Ferraris topped second practice, but neither Lewis Hamilton nor Max Verstappen were able to show their true pace yet. The full midfield picture also remains unclear as several other drivers were unable to achieve clean laps.

But while there are many tantalising unknowns about the competitive order, one point has already become clear about the revamped Zandvoort: Overtaking will be extremely difficult, making Saturday’s qualifying session one of the most crucial of the season.

A long red flag period in the morning – lasting more than half the session – and two shorter ones in the afternoon mean drivers have only really had one-and-a-bit practice sessions so far. Drivers largely didn’t get a chance to build up large lap counts on a circuit which is at least partly unfamiliar to all of them in F1, with banking.

It’s worse for some drivers than others. Hamilton did the least laps of any driver, managing just 20 after suffering an oil pressure failure three laps into the second session.

Mercedes sought to make up the mileage with their other car. Valtteri Bottas was the busiest driver of all over the two sessions, logging 50 laps. That leaves the world championship leader relying heavily on his team mate’s Friday workload, as he admitted after the session.

This is more of a problem at this circuit than others given how unfamiliar it is. During the second session Bottas was still experimenting with different lines, the team urging him to try the higher route at turn three, which is now steeply banked. “We like the line in turn three,” confirmed race engineer Riccardo Musconi.

Sebastian Vettel’s power unit failure was the reason why all drivers did little running in the morning. Yuki Tsunoda’s Honda let him down too, costing the rookie valuable track time.

The limited running hasn’t only compromised the teams. Pirelli have fallen back on simulation data to estimate the lap time differences between its tyre compounds because the entire field set so few laps and so many soft tyre runs were disrupted. Their estimate of the soft compound being 0.7 seconds quicker than the medium and the medium 0.6 seconds quicker than the hard is based on pre-event data.

Given that, looking at the lap times won’t tell us very much, except that nine drivers who didn’t manage to get a lap in the right window weren’t able to beat Hamilton’s best time set over three laps at the start of second practice, showing how crucial it is to get a banker lap in. It also leaves some unanswered questions over tyre choice for drivers who reach Q2 tomorrow.

All the disruption was caused by red flags, which there have been in every session of F1 and F3 on Friday, as well as two during W Series qualifying.

Several complaints about traffic were heard during Friday. Congestion at the end of the lap will be a problem during qualifying, particularly between turns 12 and 13 where Esteban Ocon and Lando had their run-in during first practice.

Trying not to be the cause of red flags or to get your lap interrupted by one will be an extremely difficult balance and favour drivers who have cars genuinely fast enough to easily get out of Q1 with an early, decent enough time. But it could equally cause some upsets, especially if slower teams are willing to use more sets of fresh tyres to get through – as Alfa Romeo have done in the past to get ahead of Williams. The value of qualifying higher on the grid will surely be a great enough incentive at a track where overtaking is so hard.

The last two heavily disrupted dry qualifying sessions were in Monaco and Baku. Where Charles Leclerc, fastest in second place, took pole under a red flag both times.

There’s still an hour of free practice to get in on Saturday morning, which will be important for teams still gathering data. Unfortunately for them, if the weather pattern is as predicted – improving in the afternoon – then the track may not be very representative of conditions for qualifying or the race.

Air temperature increased by only 4C from first practice (18C) to second practice (22C) but track temperature leapt 10C from 23C to 33C by the start of the afternoon session. Although still a relatively cool track by some standards, that’s a significant difference when it comes to warming up tyres, especially the hardest (C1, C2 and C3) compounds that Pirelli have brought to the Dutch Grand Prix.

After his qualifying simulation was spoiled, Verstappen put in a solid-looking race pace run in the closing stages of second practice, leaving Mercedes with food for thought. However the second RB16B languished outside the top 10 behind Hamilton, and may not be a factor in the fight for pole position.

Whether Hamilton can bounce back from his compromised start to the weekend and put Verstappen’s hopes of a home win in doubt should begin to come clear in tomorrow’s final practice session – unless the red flags fly once again.