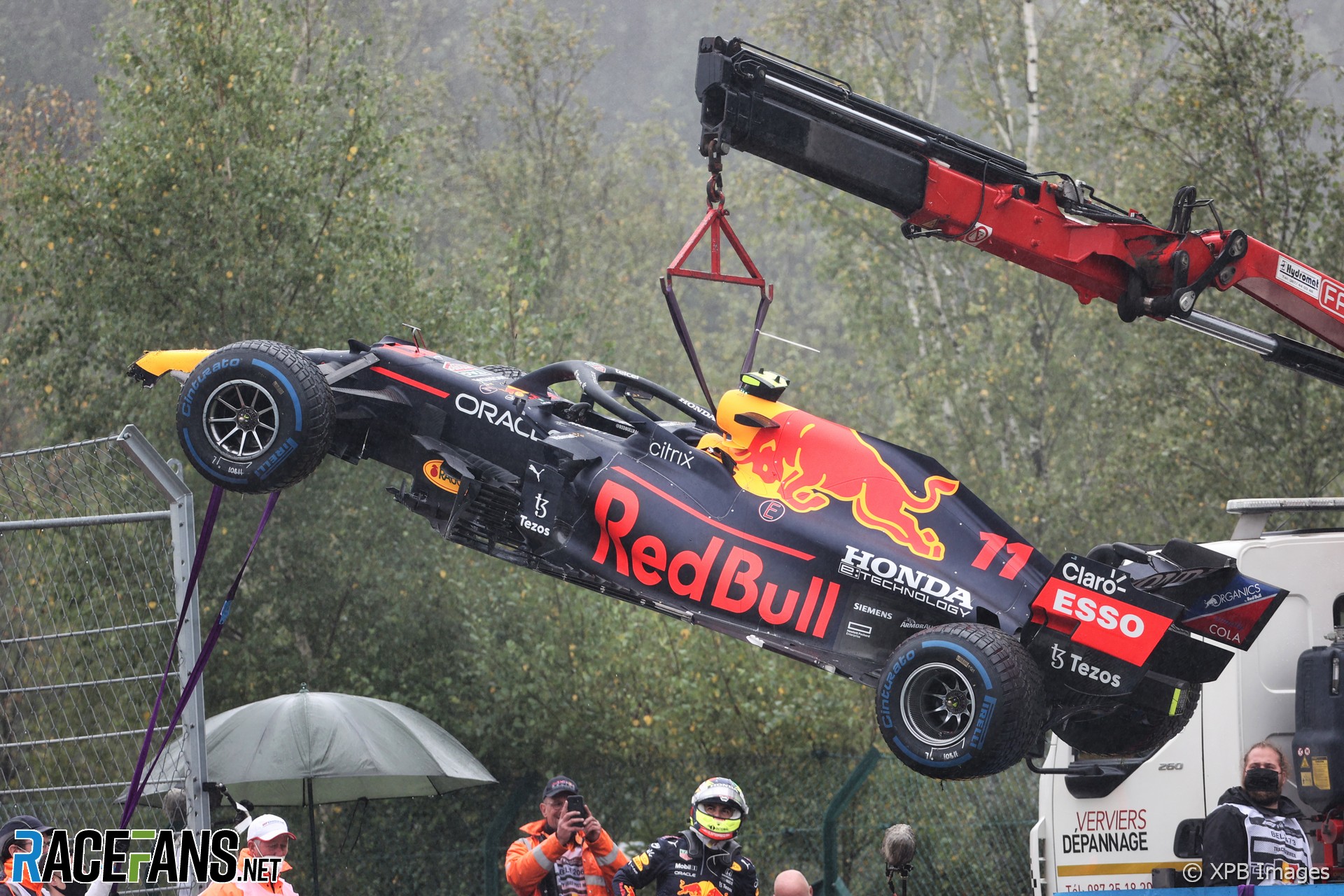 Sergio Perez says he took responsibility for the pre-race crash which almost prevented him from participating in the Belgian Grand Prix last weekend.

The Red Bull driver lost control of his car at Les Combes during his reconnaissance lap in streaming wet conditions before the race was due to begin. His team only had enough time to repair his car to join the race because the start was heavily delayed due to rain.

Perez, whose Red Bull contract extension was announced prior to the race weekend, said he had a brief discussion with the team’s motorsport consultant Helmut Marko following the crash.

“Everything was very intense at the time, we were trying to repair the car,” he said. “We had a brief comment and he didn’t say anything, it was just about the next step which was we were going back to race. We put the big rear wing on the car and we were all pumped up to race and get the result back.

“He doesn’t need to tell me anything, I know what I’ve done wrong. I’ve been long enough in it and I apologised to the entire team for my mistake.”

Although Perez was able to rejoin the race, he was unable to retake his original grid position or pass any cars as the few remaining laps were completed behind the Safety Car. Nonetheless he praised his team for repairing his car.

“In the beginning, it was clear we were not going to make it, when we only had a 10 minute delay. But then it became more apparent and my boys were all pumped up to go and get the car from the end of the pit lane, to get it back and they were really pushing hard.

“We put the rear wing on the car and we were ready to go. The boys did an incredible job and it just shows how hungry this team to just go out there and race, it’s full of racers.”